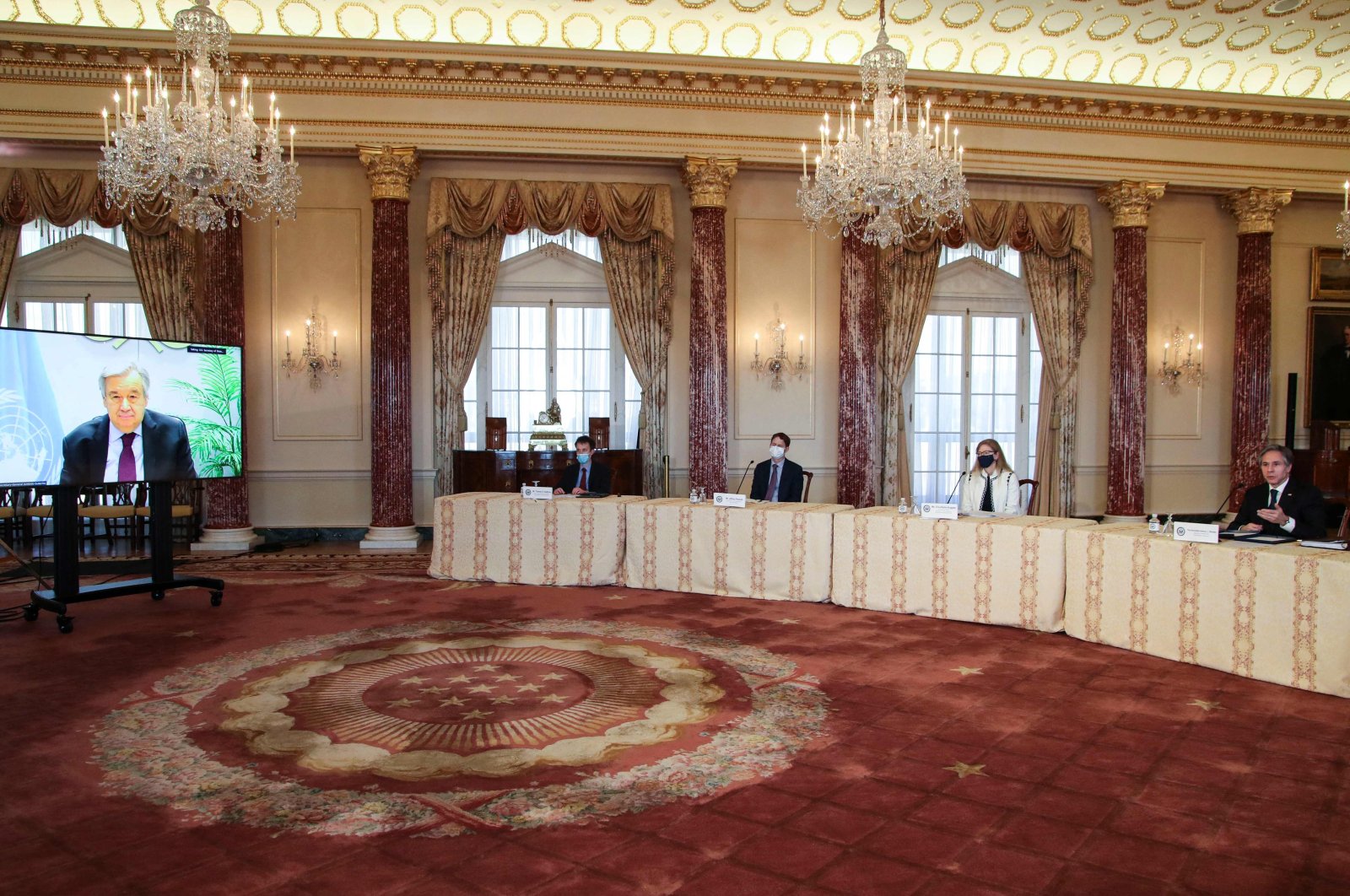 “A large-scale cross-border response for an additional 12 months remains essential to save lives,” Guterres said during an address to the U.N. General Assembly regarding the situation in Syria.

Reiterating that there is “no military solution to the conflict,” he said Syria is drifting toward a “no war, no peace” situation.

Since the cease-fire arrangement under the Astana Agreement, “the main front lines in the northeast and northwest Syria remains static,” he said.

The Astana peace process to end the conflict was launched in January 2017 at the initiative of Turkey, Russia and Iran.

Guterres urged all countries to patriate their nationals in the al-Hol camp in northeastern Syria, which he called a “collective failure.”

The camp is run by the U.S.’ main partner in Syria, the YPG-led Syrian Democratic Forces (SDF). The YPG is the Syrian wing of the PKK – a designated terrorist group in the U.S. and Turkey – that has taken 40,000 lives, including women and children, and support for the group has been a major strain on Turkish-U.S. relations.

The Turkish diplomat heading the General Assembly, Volkan Bozkır, said that he would soon visit Syrian refugees, but did not disclose to which country he would be traveling.

Turkey’s deputy permanent representative to the U.N., Bilge Kocyiğit, said the Security Council should not make a “mistake” while the humanitarian situation in Syria is “worse” than in 2020. Kocyiğit noted that the already large number of people needing humanitarian assistant has increased 20%.

She stressed that it is “impossible” to reach those in need in northwestern Syria with only the Bab al-Hawa crossing point bordering Turkey and that the Bab al-Salam border, which is currently closed, should be included.

Germany’s Ambassador to the U.N. Christoph Heusgen has taken a tough stance and urged Russia and China to not veto any future attempt to deliver humanitarian aid to Syrians.

Syria has been mired in a vicious civil war since early 2011 when the Bashar Assad regime cracked down on pro-democracy protests. Hundreds of thousands of people have since been killed and more than 10 million displaced, according to U.N. figures.