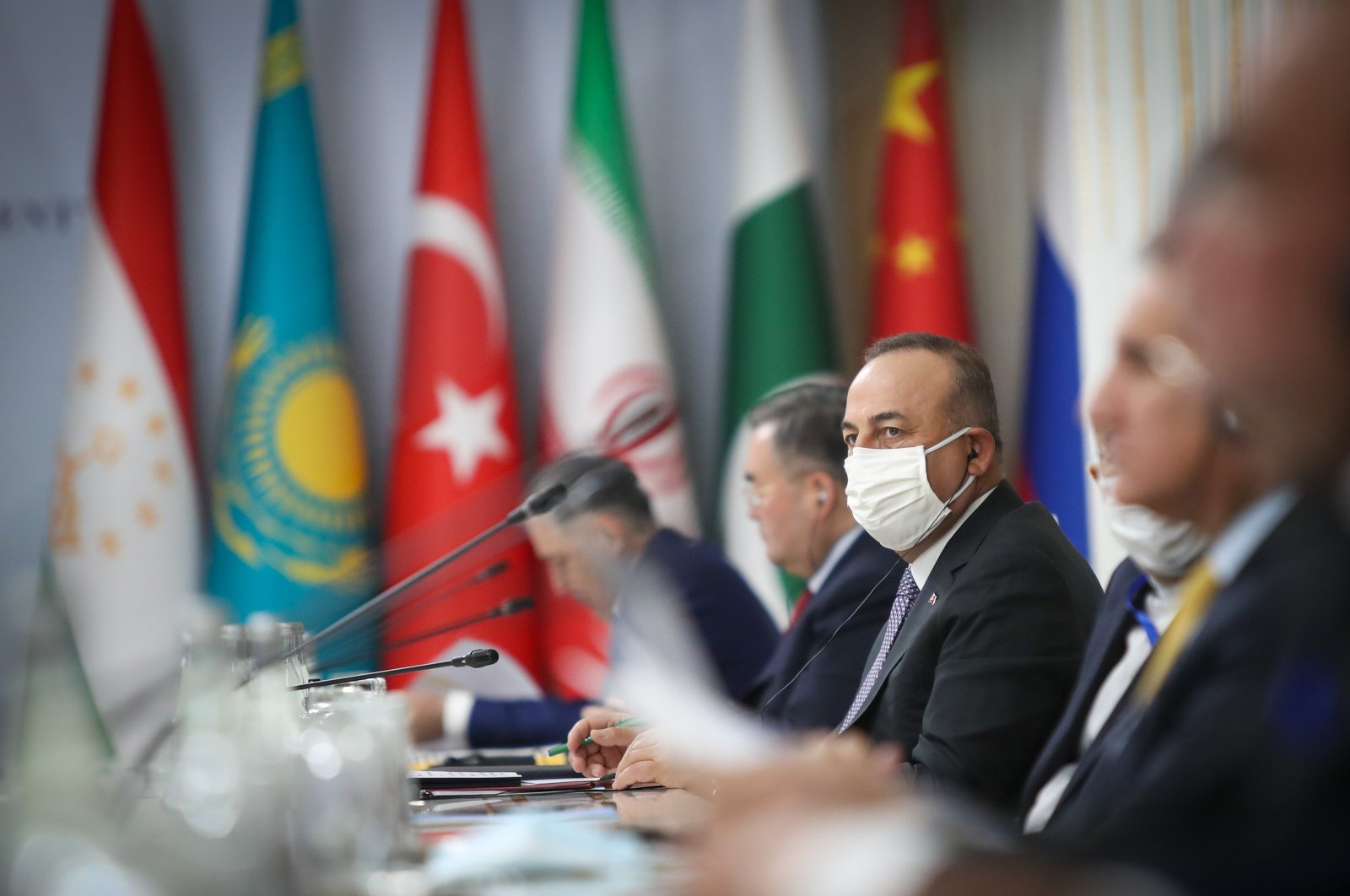 The Turkish foreign minister on Tuesday welcomed the peace negotiations between the representatives of the Afghan government and the Taliban in Doha, Qatar.

“Intra-Afghan negotiations have raised hopes to achieve lasting peace,” said Mevlüt Çavuşoğlu at the 9th Ministerial Meeting of the Heart of Asia-Istanbul Process, in Dushanbe, the capital of Tajikistan.

“Afghanistan’s security, stability and well-being are important for all of us,” he said, adding that the Heart of Asia-Istanbul Process is “still the most inclusive platform on Afghanistan” since its establishment 10 years ago.

He said that “the idea that gave birth to this initiative still stands strong: The problems of our region can only be addressed in a spirit of regional cooperation and ownership. The confidence-building measures within the Istanbul Process are valuable in various fields, ranging from counter-terrorism to trade.”

Noting that the peace process in Afghanistan has reached an important point, the Turkish minister thanked Qatar for its efforts.

“However, the violence still continues. We need a comprehensive cease-fire for a political settlement. Despite the slow pace of progress, the peace process is the only way forward, and we should all give our full support,” he argued.

Highlighting the planned senior-level meeting for Afghan peace talks to be hosted by Turkey in Istanbul, he said the coming session would “complement and energize Doha talks.”

“We hope the meeting will make a significant contribution to existing peace efforts and meaningful progress can be achieved in the discussions on a future political roadmap for Afghanistan,” he said.

The Turkish foreign policy chief said Afghans “deserve a brighter future of peace and prosperity,” and “there is a great potential for regional connectivity.”

“Afghanistan will be among the leading beneficiaries of increased regional connectivity,” he said.

The intra-Afghan talks began after a February 2020 agreement between the Taliban and the U.S. that sets a timeline for the withdrawal of foreign troops from Afghanistan in exchange for security guarantees.

Kabul has insisted on a permanent cease-fire, a demand so far rejected by the insurgents.

The two sides have been engaged in the second round of talks in the Gulf city since Jan. 10.

Separately, Çavuşoğlu met Afghan President Ashraf Ghani. “Exchanged views on the maximum contribution of Istanbul Meeting to the peace talks. Will continue our close consultations with our Afghan brothers and sisters,” he tweeted.

Turkey and India have come to a decision to “develop our relations particularly in economy and trade,” he added.

Jaishankar also said on Twitter: “Our discussions focused on Afghanistan-related developments and our bilateral relations.”

After a separate meeting with Azerbaijani Foreign Minister Jeyhun Bayramov, Çavuşoğlu said: “We are pleased that the travel passport-free between the two countries [will begin] as of April 1. Our strong cooperation will continue in all areas.”