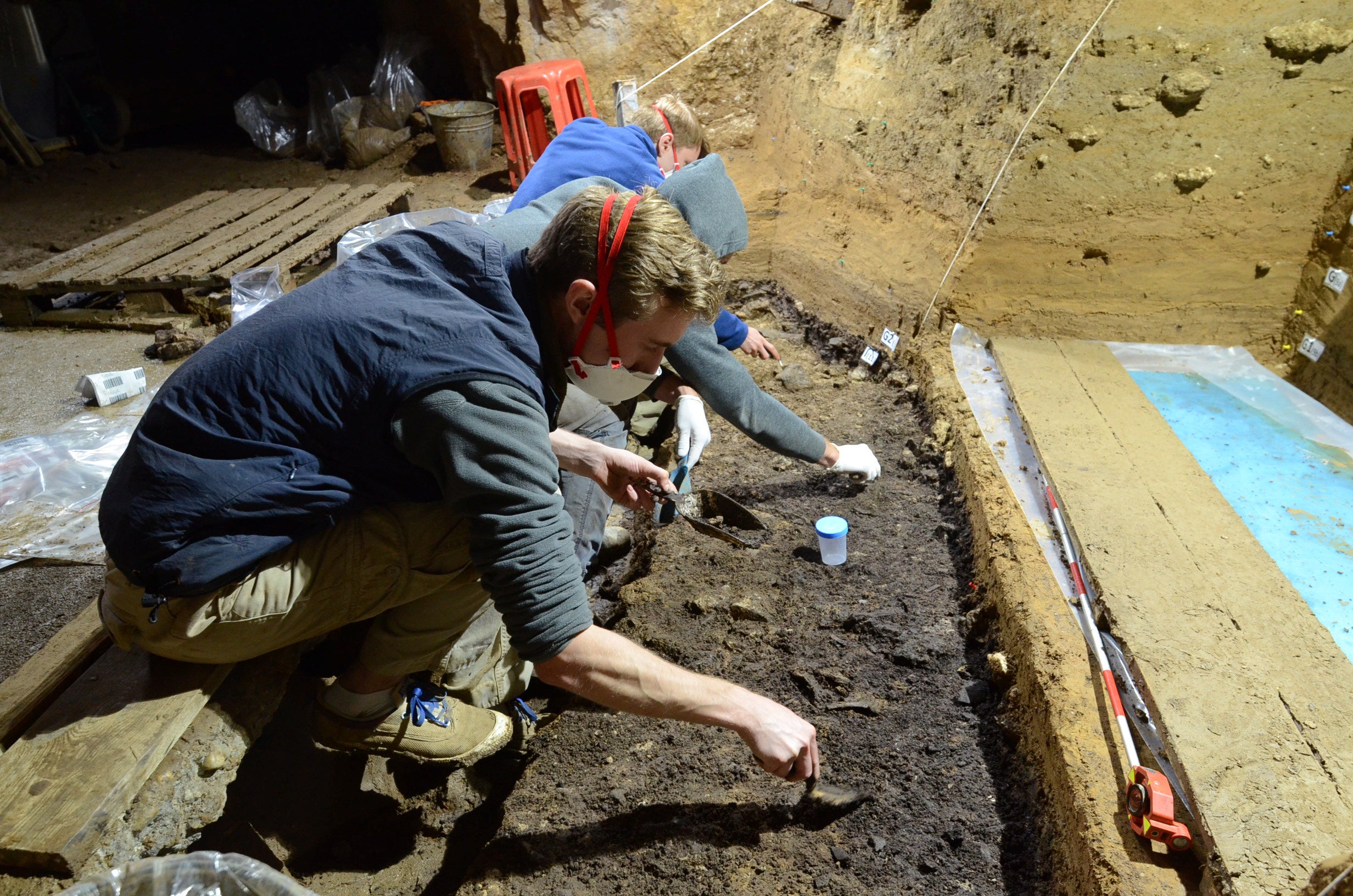 A view of excavations at Bacho Kiro Cave in Bulgaria, where the remains of anatomically modern humans (Homo sapiens) who lived approximately 45,000 years ago were found, is seen in this undated handout photograph. Tsenka Tsanova, MPI-EVA Leipzig/Handout via REUTERS

WASHINGTON — DNA extracted from remains found in a Bulgarian cave of three people who lived roughly 45,000 years ago is revealing surprises about some of the first Homo sapiens populations to venture into Europe, including extensive interbreeding with Neanderthals and genetic links to present-day East Asians.

Scientists said on Wednesday they sequenced the genomes of these three individuals – all males – using DNA obtained from a molar and bone fragments discovered in Bacho Kiro Cave near the town of Dryanovo, as well as one female who lived roughly 35,000 years ago at the same site.

They had 3% to 3.8% Neanderthal DNA, and had Neanderthal ancestors about five to seven generations back in their family histories, evidence of interbreeding, said geneticist Mateja Hajdinjak of the Francis Crick Institute in London, lead author of the study published in the journal Nature. 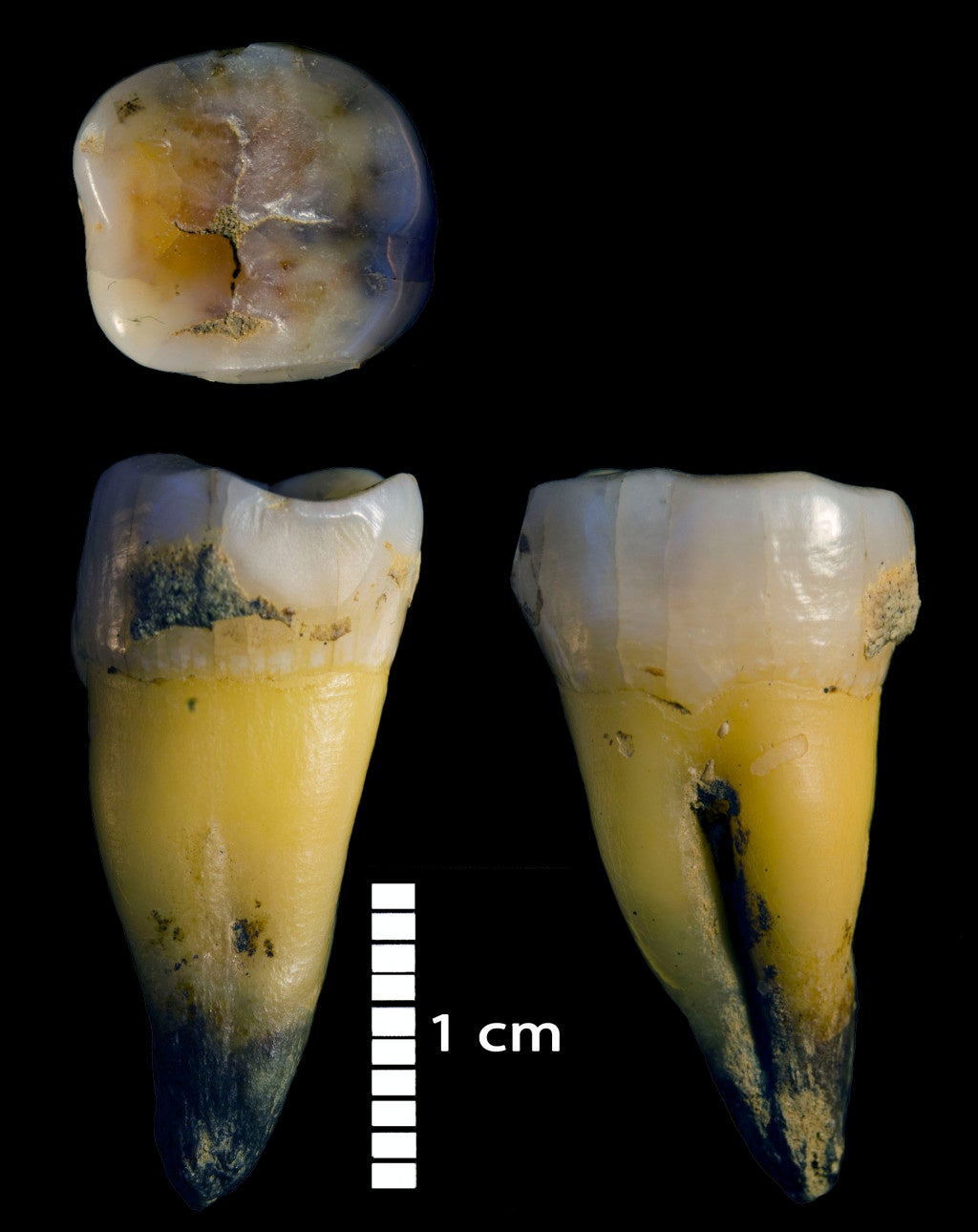 A molar of a male Homo sapiens individual who lived approximately 45,000-year-old, found in Bacho Kiro Cave in Bulgaria, that yielded DNA that revealed new information about some of the earliest members of our species who trekked into Europe is shown in three views in this undated handout image. Rosen Spasov, MPI-EVA Leipzig/Handout via REUTERS

Interbreeding, known as admixture, between Homo sapiens and Neanderthals before the extinction of Neanderthals sometime after 40,000 years ago has been previously shown, with present-day human populations outside Africa bearing a small percentage of Neanderthal DNA.

The prevalence of this interbreeding and the relationship and power dynamics between Homo sapiens and Neanderthals have been harder to understand – including any role our species played in the demise of the Neanderthals. The new study suggests interbreeding was more common than previously known for the first Homo sapiens in Europe.

It is an “amazing observation” that all three individuals had Neanderthal ancestors in their recent family history, said geneticist and study co-author Svante Pääbo, director of the Max Planck Institute for Evolutionary Anthropology in Germany.

The researchers detected a genetic contribution among present-day people from the group that included these three, but unexpectedly it was found particularly in East Asia, including China, rather than Europe. This suggested that some people from this group eventually headed east.

“This study shifted our previous understanding of early human migrations into Europe in a way that it showed how even the earliest history of modern humans in Europe may have been tumultuous and involved population replacements,” Hajdinjak said.

The notion of population replacement was illustrated by the fact that the 35,000-year-old individual from Bacho Kiro Cave belonged to a group genetically unrelated to the site’s earlier inhabitants.

Scientists sequenced the genome of a Homo sapiens female using DNA extracted from a skull found at a site southwest of Prague in the Czech Republic. She is believed to have lived more than 45,000 years ago, though radiocarbon dating efforts to determine a firm date were unsuccessful.

“Her skull shows evidence of gnawing by a predator, possibly a hyena,” Prüfer said.

Her group, distinct from the one in Bulgaria, appears to have died out without leaving genetic ancestry among modern-day people.