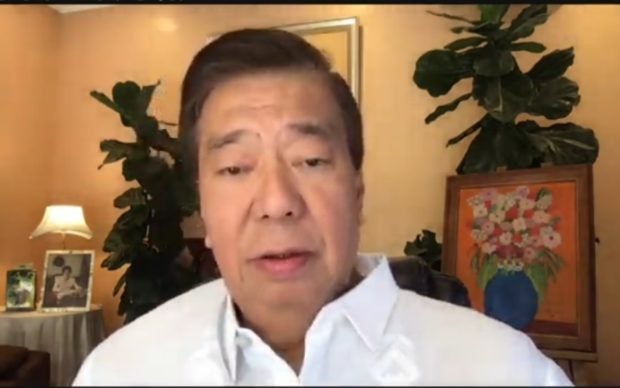 MANILA, Philippines — President Rodrigo Duterte should call for a special session of Congress to tackle and authorize the use of funds for another round of assistance to those affected by the extension of the enhanced community quarantine (ECQ) in Metro Manila and four nearby provinces, Senate Minority Leader Franklin Drilon said Tuesday.

(There are a lot of intelligence fund, anti-insurgency fund. For me, the President needs to call for a special session to address the need for additional assistance. We can realign items that we don’t really need.)

Congress is currently on break and will resume session on May 17.

(We in the Senate are ready to go back and convene for a session to debate this proposed law that would provide assistance to Filipinos. The President also has enough power given by Congress to realign the budget.)

The proposed law Drilon was referring to is a third Bayanihan bill being pushed by several lawmakers. The measure seeks to provide funding to assist pandemic-hit sectors.

When the government enforced the ECQ from Mar. 29 to April 4, the President approved the distribution of P1,000 aid per person but not more than P4,000 for each household.

Malacañang, however, ruled out the possibility of providing additional assistance to ECQ-affected Filipinos even after the lockdown was extended for another week.

(They said there’s no extension of the aid because of the lack of funds. For me, that’s wrong. We should extend assistance to Filipinos because they are struggling due to the mishandling of the country’s pandemic response.)

Many have been rendered jobless to the imposition of lockdowns, he also said.

(Bayanihan 3 will provide an additional budget to assist the millions who have lost their jobs.)