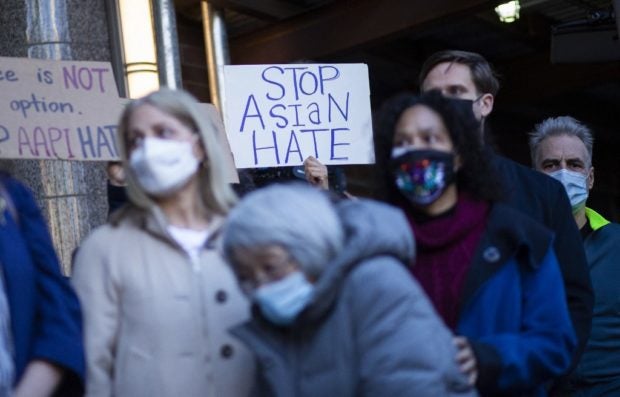 People attend an Asian American anti-violence press conference outside the building were a 65-year-old Asian woman was attacked in New York on March 30, 2021. – New York police were searching Tuesday for a man who violently attacked an Asian-American woman as bystanders seemingly looked on without intervening, the latest incident of anti-Asian violence in the United States. The attack, which took place on a sidewalk in broad daylight in Midtown Manhattan on March 29, was caught on CCTV footage from inside an adjacent building. (Photo by Kena Betancur / AFP)

MANILA, Philippines — Vice President Leni Robredo on Monday raised deep concerns over the rise in hate crimes against Asian-Americans, branding it as an “appalling turn of events” and has added to the “climate of growing fear” at a time where the COVID-19 pandemic continues to threaten countries around the world.

“The recent attacks against Asians in the United States are deeply concerning, and an appalling turn of events. At a time when the world should come together in solidarity against the greater threat of the pandemic, Asians, some of them Filipinos, have been singled out as targets of rage and racial hatred,” Robredo said in a statement.

“This has contributed to a climate of growing fear in an atmosphere already made volatile by COVID-19…Hatred has no place in any society that wishes to heal,” she added. 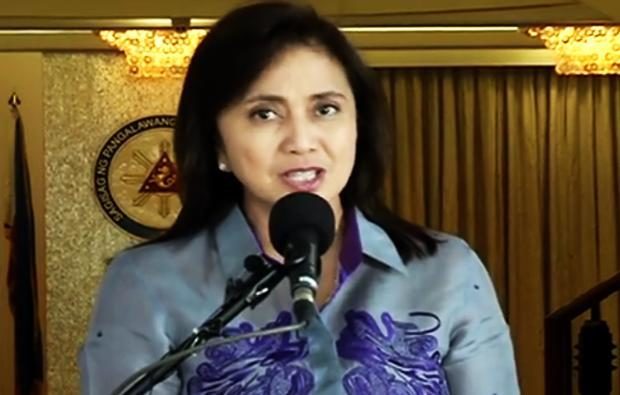 She expressed hopes that the United States “will ensure the safety of all Asians and minority groups, even as it works to address the deeper issues of racism and racial violence.”

“Towards this common goal, we stand as allies of the American people, behind a long history of friendship and a shared commitment to upholding democratic values and the dignity of every human being,” the vice president said.

A string of anti-Asian crimes has recently been reported in the United States, among the latest ones is an attack on a 65-year-old Filipino-American woman in New York.