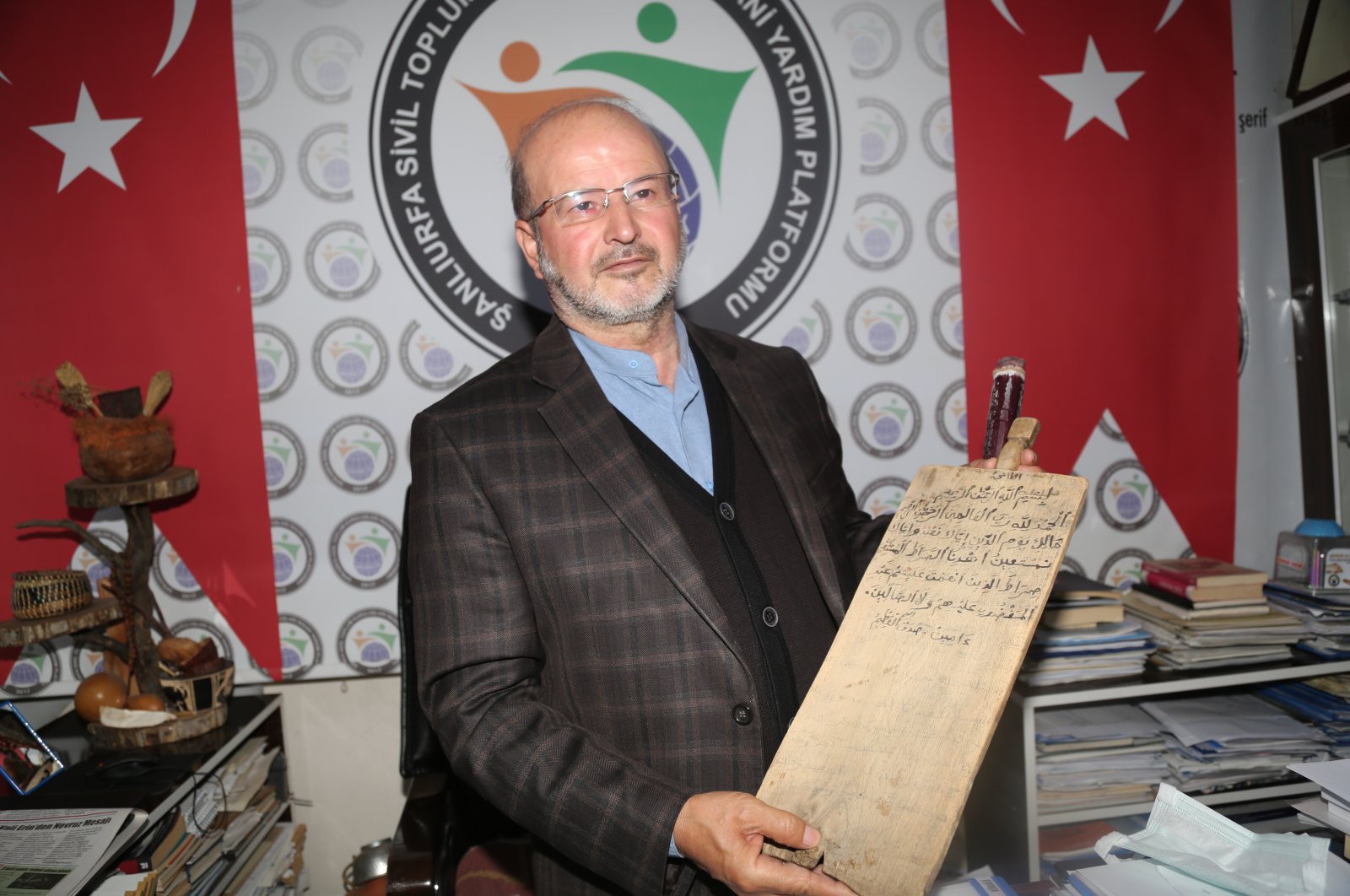 A Turkish nongovernmental organization (NGO) plans to provide humanitarian aid to the different corners of the globe during the Muslim holy month of Ramadan, which starts on April 13.

The Şanlıurfa Humanitarian Aid Platform, which has been actively engaged in providing aid to the victims of the Syrian civil war for the past 10 years, is preparing to cheer up those struggling around the world.

Including 152 different civil organizations under its umbrella, the platform will deliver aid it has received from not only the southeastern province of Şanlıurfa but also from across Turkey.

Describing itself as the “bridge” between the “giving hand and the receiving hand,” the platform plans to particularly focus on Muslims in need, from Palestine, Bosnia-Herzegovina and Yemen to Somalia during Ramadan this year.

“The aid we receive has helped many, first in Syria, then in the entire world, on the tables of those struggling. We try to deliver humanitarian aid both within Turkey and across the border,” said Osman Gerem, the head of the platform.

The ninth month of the Islamic lunar calendar marks the occasion when Allah revealed the Quran to the Prophet Muhammad, and fasting is one of the five fundamental pillars in Islam.

A verse in the Quran prescribes fasting for all mature and healthy Muslims as an act of worship, a chance to grow closer to Allah and a way to become more compassionate to those in need.

In this holy month, Muslims abstain from food, drink and smoking from dawn to sunset for a period ranging from 12 to 20 hours, based on the season and geographical location.

Speaking to Anadolu Agency (AA), Gerem also touched upon the humanitarian crisis in the Syrian northwestern province of Idlib.

“Currently, there is a major tragedy in Idlib. Only two days ago, when we were delivering humanitarian aid in the (refugee) camps, bombs started to drop on our heads. There were no soldiers in the place, only civilians. Even the animals who were feeding around the camp were bombed,” he remembered and added: “There are more than 4 million people in there, that’s why it is our priority.”

Almost a million people have fled the Assad regime’s offensive on Idlib – the last opposition bastion – since December 2019 with many seeking refuge in overcrowded tent camps near the Turkish border. A fragile truce was brokered between Moscow and Ankara in March 2020 in response to the months of fighting by the Russia-backed regime; yet the regime still frequently carries out attacks on civilians, hindering most from returning to their homes.

Gerem stated that a total of 260 new houses have been built for the suffering refugees in the regions, 152 of which were built in memory of the Turkish soldiers killed in Syria’s Afrin.

When it comes to the refugee crisis in Bangladesh, Gerem reiterated that during the fire in Cox Bazaar, thousands of Rohingya refugees were harmed, while about 10,000 houses were burned down and 15 people were killed.

More than 740,000 Rohingya fled Myanmar into neighboring Bangladesh in 2016 and 2017 as the Myanmarese military unleashed a series of atrocities that saw entire villages being burned down, extrajudicial killings and rape. The United Nations has called it a campaign that had “genocidal intent.” The Rohingya, described by the U.N. as the world’s most persecuted people, have faced heightened fears of attack since dozens were killed in communal violence in 2012.

Ankara has always been among the most vocal supporters of the community, repeatedly drawing attention to their plight. Turkish charities joined forces after the mass displacement of Rohingya Muslims in 2017 and quickly collected millions of Turkish liras for setting up a lifeline of humanitarian aid to camps in Bangladesh.

“We hope to be there for these brothers of ours in the future as well, as we did so far. We are in the holy three months now, when the grace of Ramadan and its fruitful shadow can already being felt upon us. We continue our aids on these days. Let us see Ramadan as a time of opportunity to help others,” he continued.

The president further underlined that as the platform, they do not discriminate against races or religions.

“If someone is in need, we deliver our aid. When we go to many places in the world, we do not look for which one is Muslim or which one is not. The only criteria for us to deliver aid is to be in need.”

Gerem also expressed his appreciation to those who donated to the platform and reiterated that they are only able to carry out their humanitarian work thanks to the donors’ generosity.