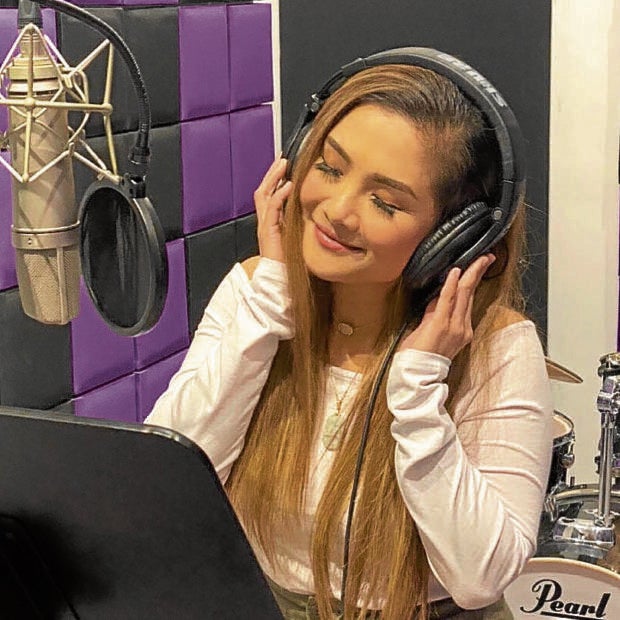 Singer Sheryn Regis, who took a break from performing and relocated to the United States to take care of her family, said she returned to finally focus on her craft now that her only child has turned 18 and is considered a legal adult.

“I can say that it’s now my time to shine. I dedicated myself to taking care of my daughter, and now that she’s considered a grown-up herself, it’s time to turn my attention to what I really love doing,” Sheryn told reporters during a media gathering to launch her new single “Tulad ng Dati.”

Sheryn’s daughter, Lourdes “Sweety” Echiverri, is based in Houston, Texas. While she is currently a junior high school student, Sheryn said Sweety is also working part-time, aside from attending karate lessons and playing violin.

“She is so proud of the fact that she is already working. We’ve both decided that I should also go back to the work I left behind in the Philippines. This is why I’m here,” Sheryn explained.

While in the US, Sheryn worked as a part-time teacher, too. “I had just taken my licensure exam when I joined show biz. I never had a chance to actually pursue the profession that I studied for. I taught in the US when I was given an opportunity because I wanted to be able to practice it. It turned out well,” she declared.

Sheryn said juggling being a mom to Sweety and being an artist had been tough. “I admit that I wasn’t the ideal mom to her. When I took a break, I never regretted my decision. While growing up, I was able to provide for her, give a good life. I was able to impart values to her that I also practiced myself,” Sheryn said.

However, rejoining Star Music was never part of Sheryn’s original plan. According to Jonathan Manalo, creative head of ABS-CBN Music, he was the one who pitched the idea to Sheryn when they saw each other at a recent music-related event.

“I didn’t know she was a part of it. I came there as a judge. To be honest, since Sheryn is considered an established artist, she already has the capability to self-produce songs. She can release it independently since many platforms are now available to her. She definitely has the audience—her supporters never left her. As a record label, we respect that decision,” explained Jonathan.

“But when we saw each other again, it felt like meeting a long-lost kapamilya. The memories I have of Sheryn are all good ones. My respect and admiration for her are still there. When she told me about her plan to release this single, I asked her if she’d be interested in doing a homecoming,” Jonathan recalled. “I said, ‘we could promote the song together.’ It’s actually a coproduction. That’s where it all began.”

“Tulad ng Dati,” which first streamed on various platforms last March 26, is a composition of Kiko Salazar and produced by March On Entertainment, with Star Music as distributor.

It is Sheryn’s first original song after being away from the Philippines for 10 long years. “A lot of people will be able to relate to this song, as well as to the pain of experiencing ghosting,” said Sheryn, who was tagged as the Crystal Voice of Asia.

Sheryn has lent her voice for various ABS-CBN teleserye theme songs and has four multiplatinum awarded albums and five gold record awards under her belt. “Her exposure to different genres like country, rock, R&B and gospel during her US residency has geared her up for a powerful OPM comeback this 2021,” said Jonathan.

Sheryn proved her exceptional musical abilities once again in her performance at the Himig 11th Edition finals night held last March 21. She currently hosts “Kalderoke: The Singing and Cooking Showdown” on the Kapamilya Channel. INQ