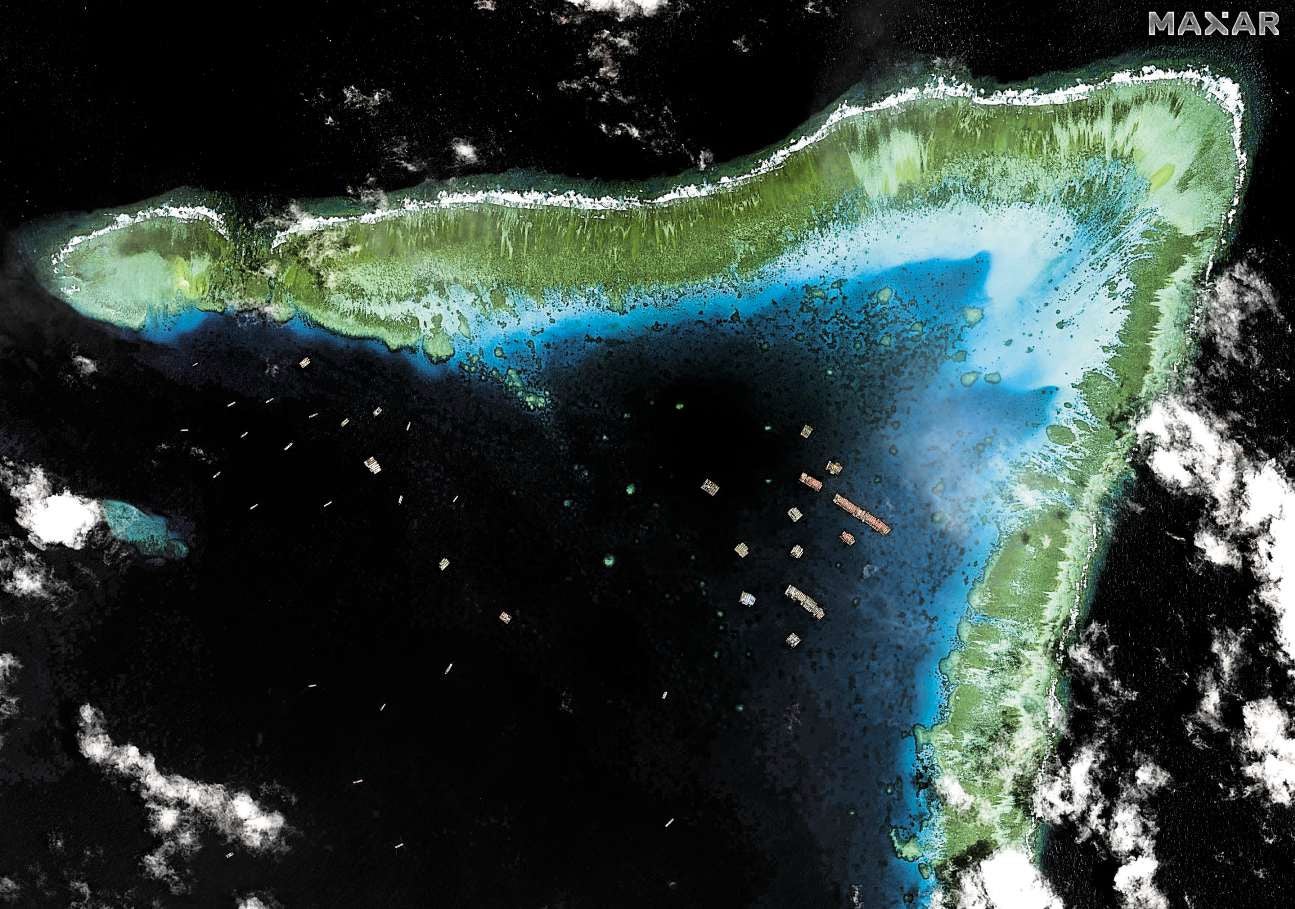 ‘BADWEATHER’ FRIENDS? Satellite imagery taken on Tuesday and received on Thursday from Maxar Technologies shows Chinese vessels anchored at Juan Felipe Reef in the country’s exclusive economic zone in the South China Sea. China maintains that the vessels gathered near the disputed reef are “fishing boats” sheltering from poor weather, but the Philippine government describes their presence as an incursion. —AFP

MANILA, Philippines — Defense Secretary Delfin Lorenzana on Saturday said Chinese ambassador Huang Xilian “has a lot of explaining to do” about the presence of Chinese vessels at the Julian Felipe Reef (Whitsun Reef) and at other reefs inside the West Philippine Sea.

In a statement, he said that there are still 44 vessels in the Julian Felipe Reef based on maritime and airline surveillance.

“I am no fool,” Lorenzana strongly said in a statement. “The weather has been good so far, so they have no reason to stay there.”

“These vessels should be on their way out,” he added. “Umalis na kayo dyan (Get out of there.)

Lorenzana then reiterated that the Philippines has already filed a diplomatic protest which states the country’s stand on the issue.

“We, again, reiterate our demand for the Chinese to leave our sovereign territories and abide by international law,” the defense secretary said.

It was last March when reports surfaced that 220 Chinese vessels believed to be “manned by Chinese maritime militia personnel” were spotted at the Julian Felipe Reef.

China, meanwhile, denied the alleged presence of maritime militia—and has apparently defied the diplomatic protest filed by the Philippines, as reconnaissance flights by the Western Command showed the vessels still at the Julian Felipe Reef.

The National Task Force for the West Philippine Sea (NTF-WPS) reported that there were 44 vessels left in the Julian Felipe Reef, but spotted other vessels in other reefs: 115 at Chigua (Kennan) Reef, 50 others dispersed around Panganiban (Mischief) Reef, Kagitingan (Fiery) Reef and Zamora (Subi) Reef, and 45 off Pag-Asa (Thitu) Island occupied by Filipinos.

The aforementioned reefs are all part of the Philippines’ Kalayaan Island Group.