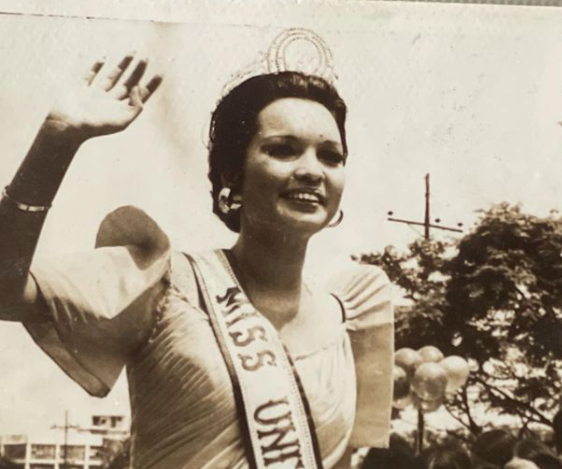 Former beauty queen Margie Moran shared with fans a look back at her return to the Philippines after winning the second Miss Universe crown for the country back in 1973.

Moran on March 30 posted on Instagram a couple of old, developed photos of her wearing the crown and a Miss Universe sash during the motorcade.

“The route of the motorcade took me from Manila International Airport to Roxas Blvd. passing by Manila City Hall, Escolta, Malacañang Palace ending at the Hilton Hotel where I was billeted,” she added.

In an earlier post, Moran shared another throwback photo of her Miss Universe days along with fellow Filipino beauty queens.

Moran has two daughters with her ex-husband, politician Antonio “Tonyboy” Floirendo Jr., namely Monica and Gabbi. She formerly headed Ballet Philippines and is currently the chairperson of the Cultural Center of the Philippines board of trustees.  /ra

‘I only had 5 pesos as my baon’: Rabiya Mateo looks back on hardships during school days