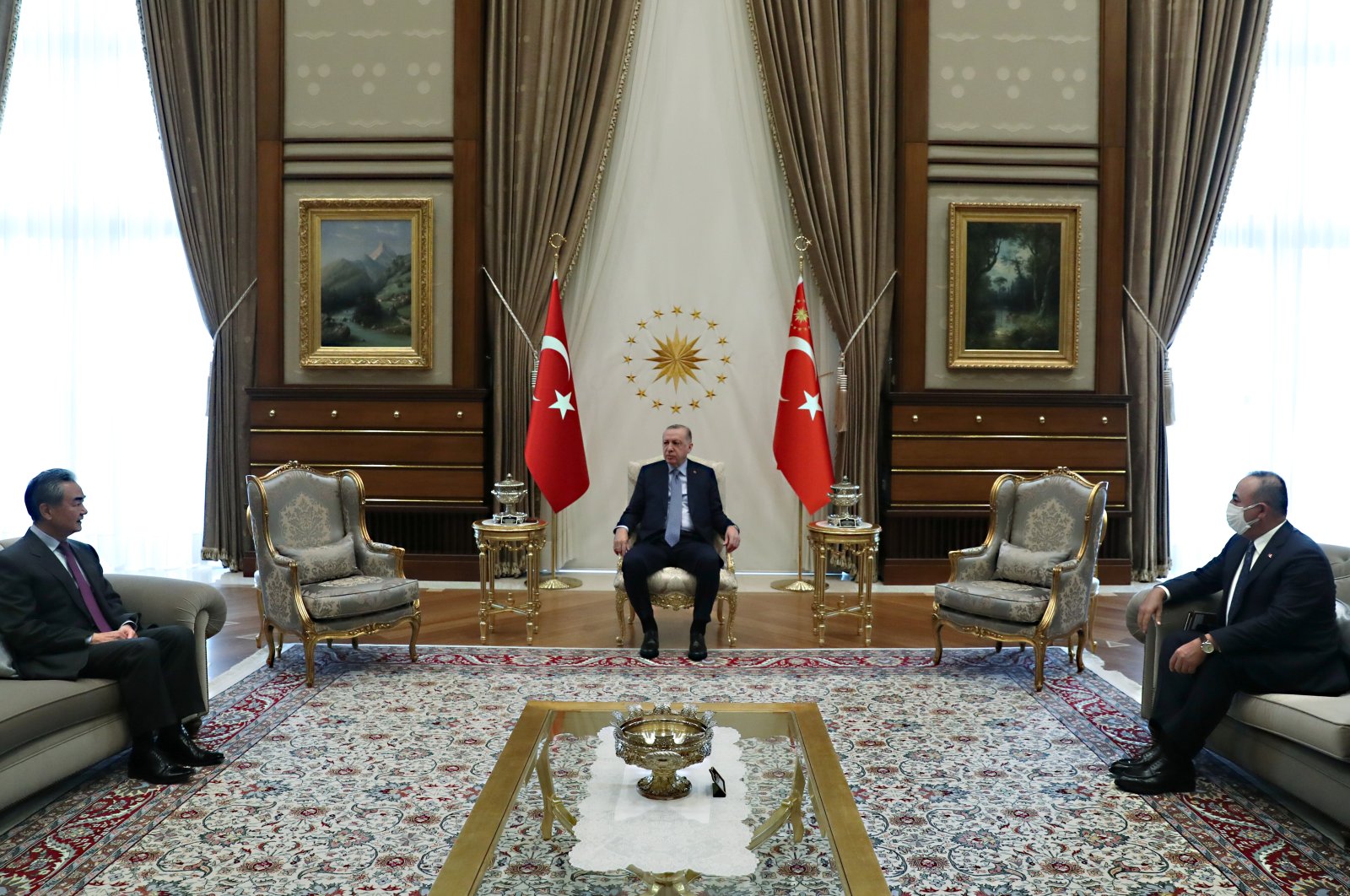 Chinese Foreign Minister Wang Yi was received by President Recep Tayyip Erdoğan in the capital Ankara on Thursday. Bilateral ties were discussed during the meeting, with Foreign Minister Mevlüt Çavuşoğlu also in attendance.

Earlier in the day, Çavuşoğlu said that he would like to see Turkey and China take their relations to a level of strategic partnership, after he and his Chinese counterpart held a one-on-one meeting.

He also said that Ankara would like to see Chinese President Xi Jinping visit Turkey.

The top diplomat said a comprehensive consultation mechanism meeting between the two foreign ministers will occur at a future date.

In a Twitter message, Çavuşoğlu also said that they discussed the potential of economic cooperation on the 50th anniversary of the two countries’ diplomatic relations.

“Will enhance our cooperation on fight against pandemic and vaccine. Conveyed our sensitivity and thoughts on Uyghur Turks,” he tweeted.

The two ministers then held an inter-delegation meeting.

Wang’s visit to Turkey started Wednesday and is expected to end Friday, according to the Turkish Foreign Ministry.