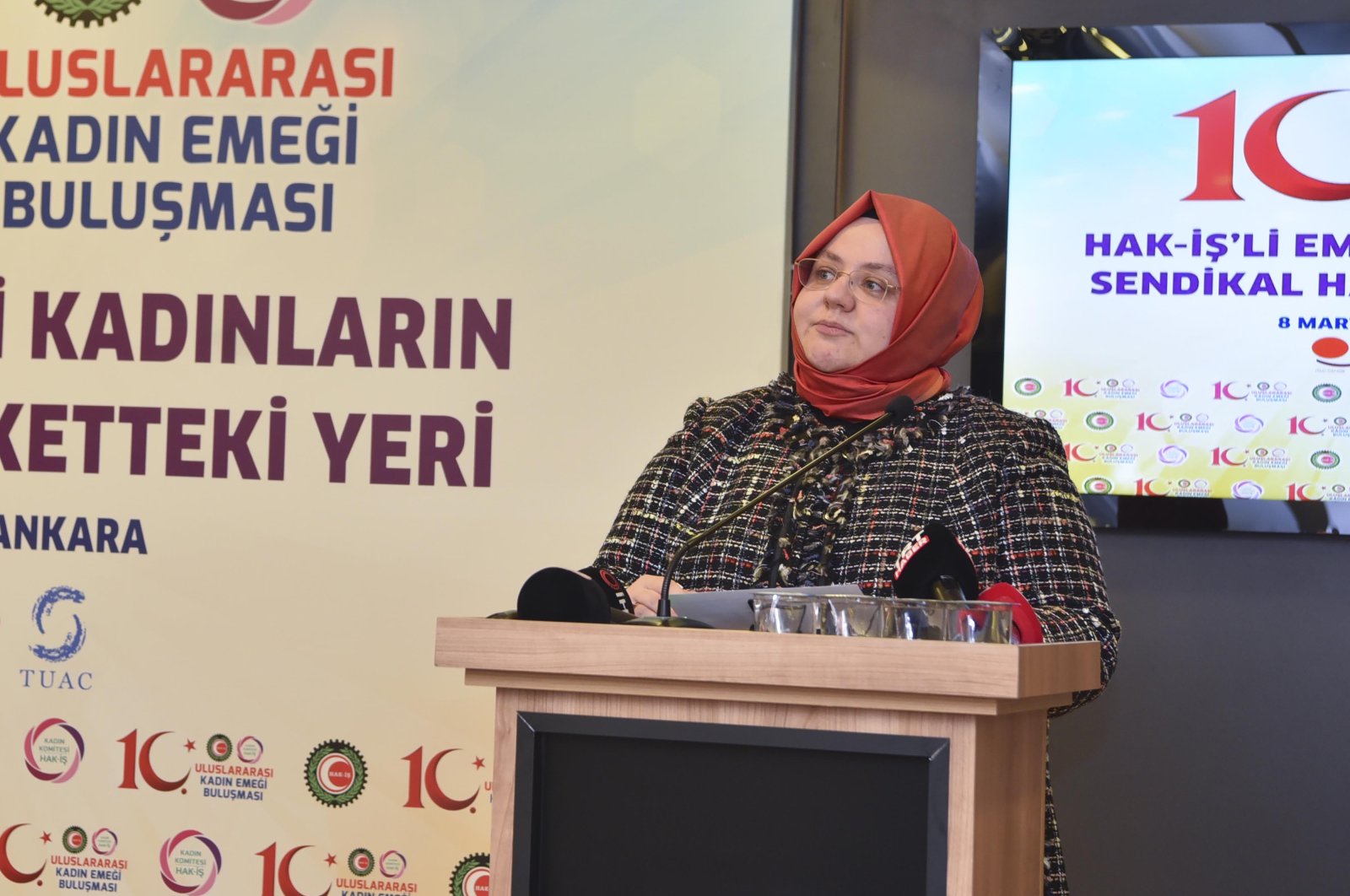 Selçuk answered questions from an Anadolu Agency (AA) correspondent about Turkey’s withdrawal from the Istanbul Convention, a European treaty aimed at preventing and combating violence against women.

Underlining that they always regard violence as a crime against humanity, Selçuk drew attention to the fact that they have been continuing the fight against violence with a very clear and determined stance for 19 years with a zero-tolerance policy.

“Our position on combating violence against women has not changed. We will continue to fight with the same will and the same determination under the leadership of our president and under the coordination of our public institutions and organizations,” she added.

Pointing out that the comprehension of texts after meeting with the society may differ, and a similar process was experienced in the Istanbul Convention, which entered into force in 2014, Selçuk said. “While one party sees this text as the only tool in combating violence, another party can say that it causes some changes in the social fabric. At this point, this is a text that caused social segregation.”

Minister Selçuk stated that there is absolutely no going back, compromising or deviating on protecting women and combating violence against women.

Emphasizing that the fight against violence is an issue above politics, Selçuk said: “Every woman who has been murdered is a huge pain for us. We will continue to work hard, just as we have done in the past.”

“The Istanbul Convention is not our only tool in combating violence against women.”

Reminding that the Coordination Plan for Combating Violence Against Women (2020-2021) was implemented in coordination with five different ministries and the Presidency of Religious Affairs, Selçuk stated that 75 articles in this plan have started to be put into effect.

Stating that all preparations for the Fourth National Action Plan on Combating Violence Against Women covering the years 2021-2025 have been completed under the coordination of the ministry, Selçuk said: “Therefore, the Istanbul Convention is not our only tool in combating violence against women, we have many tools. With the same determination and are even finding more effective solutions. We continue to use these tools.”

Selçuk also underlined that they have the determination to make the necessary changes within the framework of a dynamic and strong system with legal regulations.

Drawing attention to the fact that many steps have been taken to ensure equal opportunities for women and men in a wide area, Selçuk said that they will continue to work for women to be more involved in all sectors.

She also noted that the Mercan Campaign, which was launched under the auspices of First Lady Emine Erdoğan, on Nov. 25, 2019, is very important in terms of women’s participation in working life, the social sphere and more.

It is very wrong to interpret it as “going backward,” she reiterated.

Selçuk addressed the criticism in rumors that Turkey will lose its progress on women’s rights by withdrawing from the Istanbul Convention.

“There will never be any backtracking in terms of protecting women’s rights and combating violence against women. We are very clear on that. It is wrong to interpret it as ‘going backward.’ That is just a decision about a text that causes social segregation. It is also a great injustice to reduce our 18-year struggle for women’s rights to one text.”