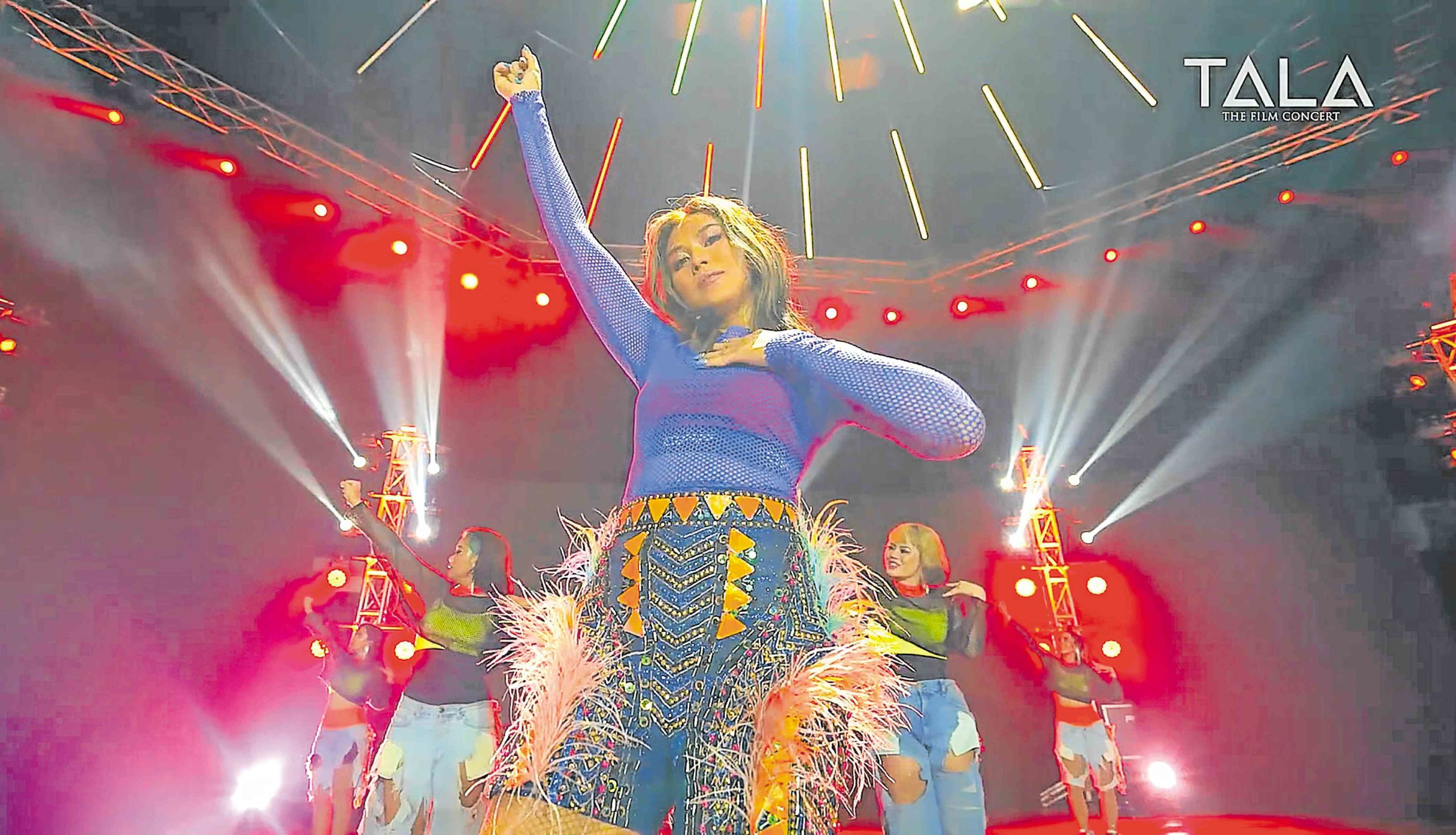 If there’s anything that sets Sarah Geronimo apart from other stars of her stature—and, by that, we mean the movie-queen type, not the fan-pandering, second-rate, trying hard copycat sort—it’s her dancing skills and her penchant for making G-Force choreographer Georcelle Dapat-Sy’s hip combinations look easy peasy and fun. It’s that same “deceptively simple” appeal that has made a sassy and sultry six-year-old song like “Tala” a mammoth hit and a global TikTok phenomenon. But nobody could have given the tune that much legs to stretch without a veritable triple threat like Sarah mining it for all it’s worth.

That’s exactly what we told the Popstar Royalty when we spoke to her in a video interview last year—and we’re happy she seems to have taken that observation to heart for “Tala,” the docu-style concert streamed last Saturday.

Sarah’s terpsichorean gifts and take-charge imprint can be gleaned from every aspect of the production—from the execution of collaborative ideas with director Paul Basinillo and musical director Louie Ocampo to the pop star’s fashion-forward wardrobe choices.

Then, there’s the actress-singer’s eclectic lineup of guests, including Hale’s Champ Lui Pio (who sang “The Great Unknown” with Sarah), rapper J Makata (“Tagu-Taguan”) and her husband Matteo Guidicelli, who performed Daniel Bedingfield’s “If You’re Not the One” before sharing the stage with his wife for their impassioned cover of Ed Sheeran’s “Best Part of Me.”

Matteo’s presence is a welcome development in a Sarah G show because it’s something you couldn’t imagine happening before the couple finally found a way to tie the knot on Feb. 20 last year. 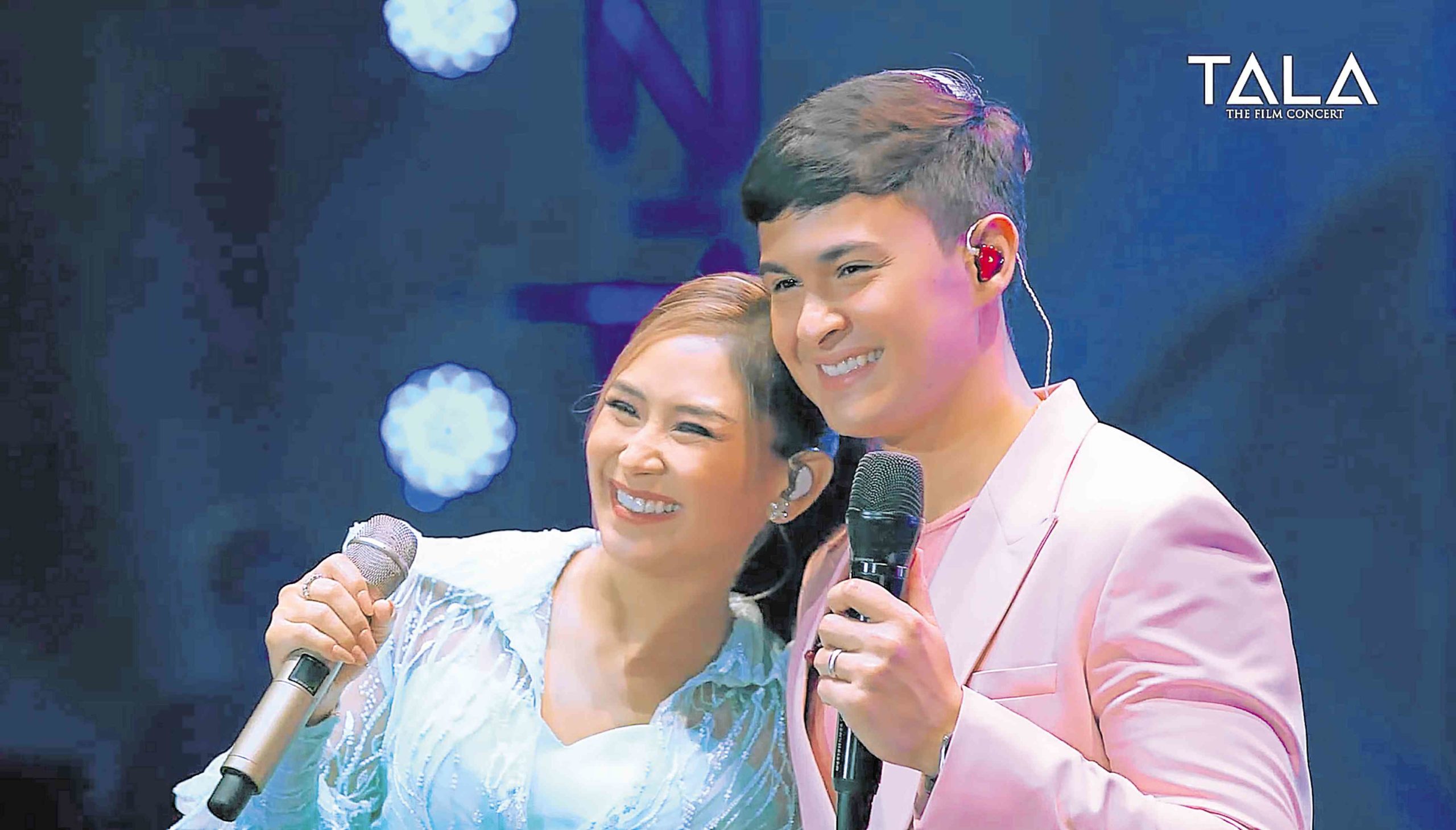 Unlike Regine Velasquez, who dazzled viewers with one lung-busting number after another in her own virtual “Freedom” concert last February, Sarah chose a repertoire of songs that were part and parcel of her Popstar-shaping journey after she decided to shift musical gears.

To do this, she judiciously and quite cleverly moved away from the “birit” numbers—remember “Forever’s Not Enough,” “To Love You More” and “It’s All Coming Back to Me Now,” all from the 2003 collection “Popstar: A Dream Come True” album?—that helped speed up her ascent to superstardom after winning “Star for a Night” 19 years ago.

While a non-“birit” repertoire lacks the urgency and ability to knock stratospheric notes out of the ballpark, it nevertheless shifts viewers’ attention to the singer’s other strong attributes, like her hefty middle and low registers, as well as her ability to tell a story—and that’s all to the good, because belting isn’t the be-all and end-all of musical performances.

For Sarah, particularly, the concert demonstrates a level of comfort and grace that allows her to take her followers on trips down memory lane (the vibrant “Sa Iyo”) and embrace growth-evincing styles that suit her age, maturing vocal chops and evolving musicality, notable now in tunes like “Kilometro,” “Dulo,” “Duyan,” “Misteryo,” “Ganito” and “Isa Pang Araw”—whether they’re jazzed-up or stripped-down versions of the original songs.

Like clockwork, the concert also had what felt like perfunctory tributes to her family, although there was something that felt half-hearted about them. But the segment involving her gorgeous canine babies, by way of her rendition of Rico Blanco’s “Your Universe,” shows a nurturing side of Sarah we don’t often get to see in public. 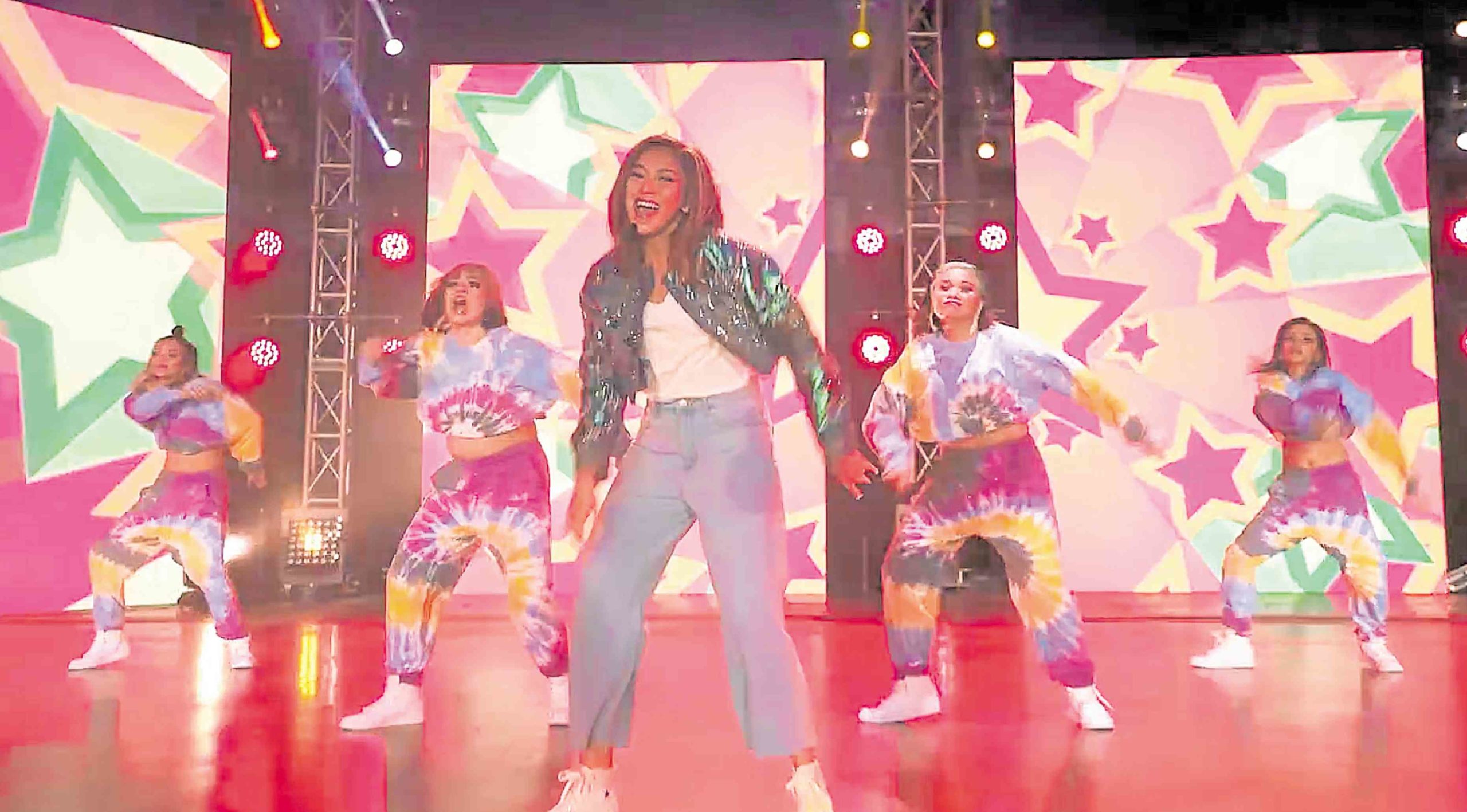 The Popstar Royalty grooves to her version of BTS’ “Dynamite”

Don’t get us wrong. The whole vibe feels truly intimate, so Sarah made sure there would be enough numbers for her fans to sing along with and feisty dance numbers to swing to—like The Weeknd’s “Blinding Lights” or the Dua Lipa medley (“Levitating,” “Break My Heart”) that had her busting some meme-worthy, TikTok-friendly grooves.

For her “Ikot-Ikot” stunt, Sarah is shown polishing choreography that required her to slide, glide and roll over while singing inside an ingeniously realized and gorgeously lit revolving set. Could other singer-performers be as boldly inventive?

Even more irresistible was her catchy cover of BTS’ ubiquitous “Dynamite,” this time framing it with eye-popping colors and visuals and imbuing its hook-heavy, ’80s-channeling allure with an effervescent glow. If Sarah really wanted a feel-good show to boost viewers’ spirits in these dark and difficult times, it would be hard to think of anything—or anyone—that can top this.