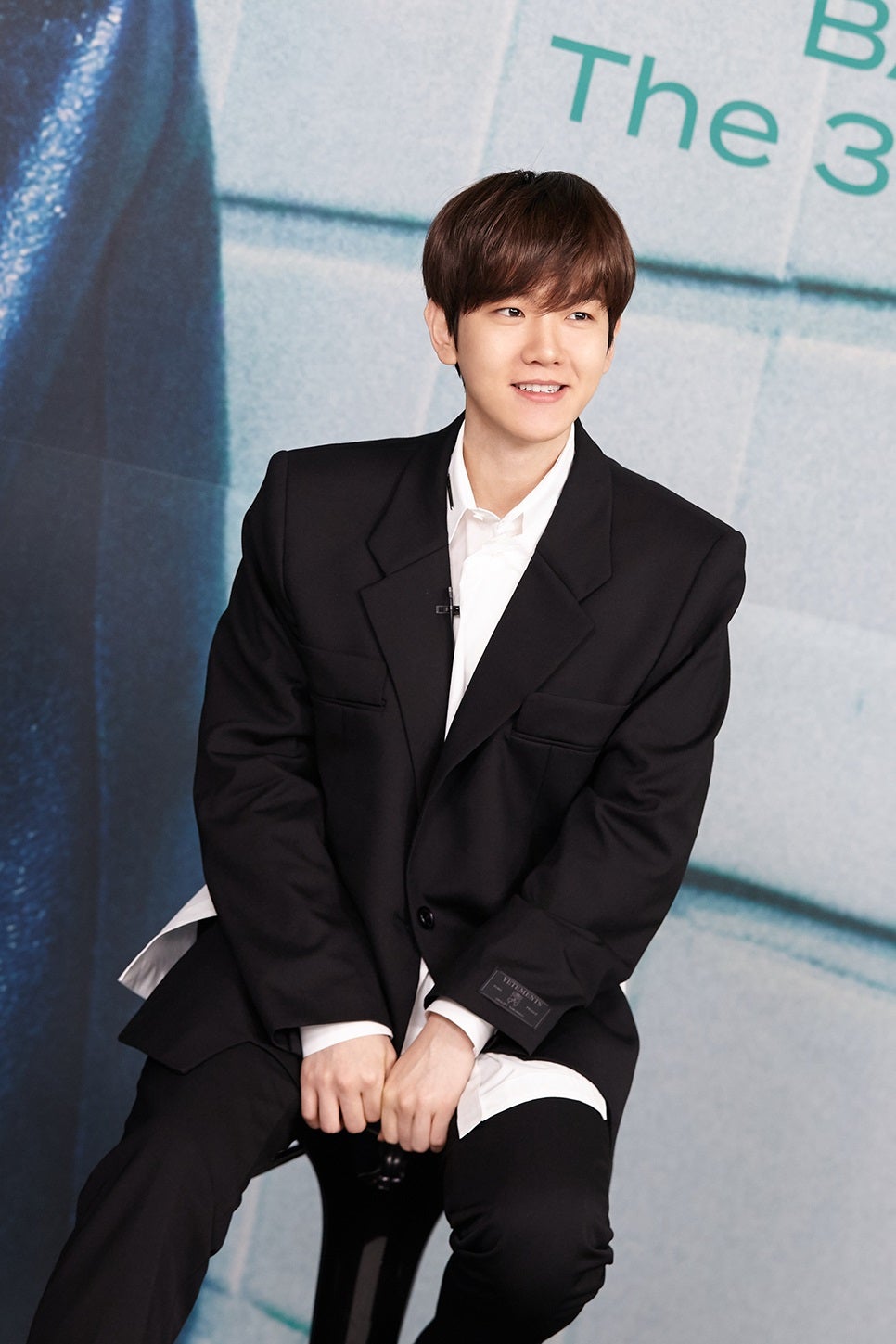 The artist attended a press conference Tuesday ahead of the album’s release later that day. Fellow EXO member Xiumin was master of ceremonies at the event, which was livestreamed online due to coronavirus concerns.

According to Baekhyun, the title track is a fairytale-like song that tells a mature love story through groovy R&B sounds.

“‘Bambi’ really resembles me, so much that I feel like it was made for me. It incorporates the range of sounds and rhythms that I’m comfortable with, so the recording was done really easily. Also, I found the hook really addictive and thought ‘this is mine’ the instant I heard it,” Baekhyun said.

The title, which recalls the famous cartoon deer, has two meanings.

“‘Bambi’ refers to both the deer character and ‘night rain’ (in Korean). I tell the story of ‘Bambi’ in lyrics, and it’s interesting how the song can portray the different charms of the two elements. I tried to alter my pronunciation or tones when I spoke the word while singing to differentiate the sound according to the different meanings.”

Along with “Bambi,” the six-track R&B album also includes “Love Scene,” “All I Got,” “Privacy,” “Cry for Love” and the prereleased single “Amusement Park.”

“R&B has a very large spectrum in sound. It was a genre that I wasn’t so good at, but recently many people have told me that I’ve really carved out my own genre with it,” he said.

Baekhyun, who turned 30 in Korean age this year, said the new album was stable and relaxed compared with his past music.

“I think with ‘Bambi,’ I’m turning into an adult from a boy. It shows the more matured Baekhyun,” he said. “If the previous album had been about evolving, with this album, I tried to make those changes into mine. The album also emphasizes my vocals more, with less movements in the choreography compared to ‘Candy’ but portraying a larger vocal range.”

BAEKHYUN records over 830,000 pre-orders for his new mini album ‘Bambi’, breaking his own record!
To release ‘Bambi’ + its MV today at 6PM KST as well as have a Naver V LIVE today at 5PM KST!#백현 #BAEKHYUN#엑소 #EXO #weareoneEXO#밤비 #Bambi

Since he made his solo debut in July 2019 with “City Lights,” the EXO band member has succeeded in beginning a new chapter of his career. With his album “Delight,” released last year, Baekhyun became the first South Korean artist in almost two decades — since legendary singer Seo Taiji — to have all his records, both as a soloist and as a member of a group, sell over a million copies. “Bambi” had sold 833,392 copies as of Monday, marking a presales record for Baekhyun, according to S.M. Entertainment. 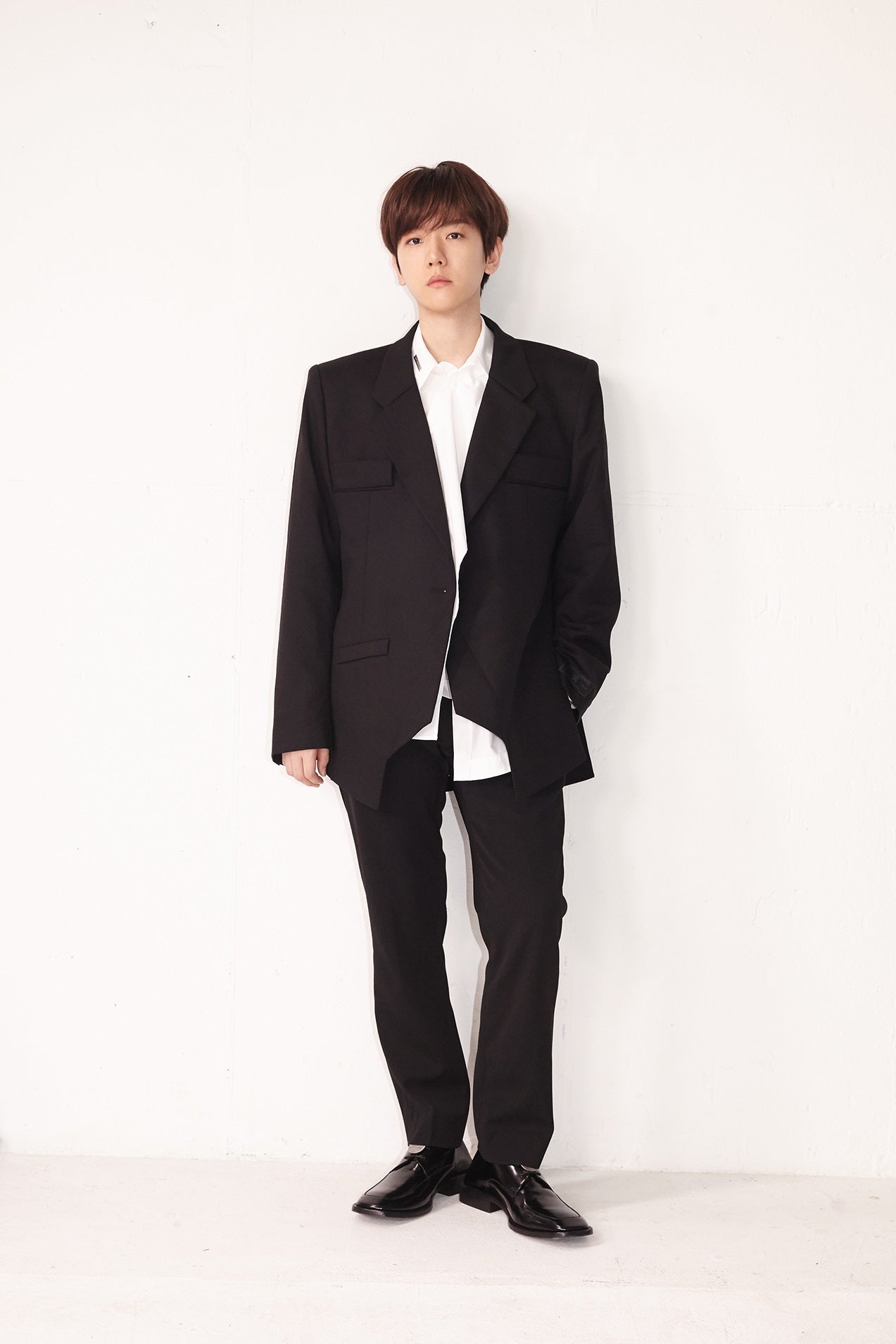 “Becoming a million-seller with ‘Delight’ was an unimaginable feat, and I felt like all the hard work paid off. I know that it was possible not because I was talented, but thanks to the time I had spent honing myself with EXO and the endless love and support from EXO-Ls (EXO’s fandom).”

As he prepares to enlist in the military next month, Baekhyun said his new album is a gift for his fans before he leaves.

“I really ground myself into the album, but I feel like I’ve already been returned a gift from fans,” he said. “I received a huge love over the decade and my 20s were full of joy thanks to my fans. I really pushed myself because I felt like I wouldn’t be able to express how much I loved them if I didn’t. I hope they could wait for me listening to the songs.”

Baekhyun said he hopes to produce more relaxing music compared with his past work since 2012, when he made his debut with EXO.

“While the songs released in my 20s had been full of smashing sounds, I wanted to make more easy-listening and comforting music. But it’s actually the hardest part and I’ve turned 30 working on that. I hope that I can become an artist who makes music that can sensitively deliver the emotions.”