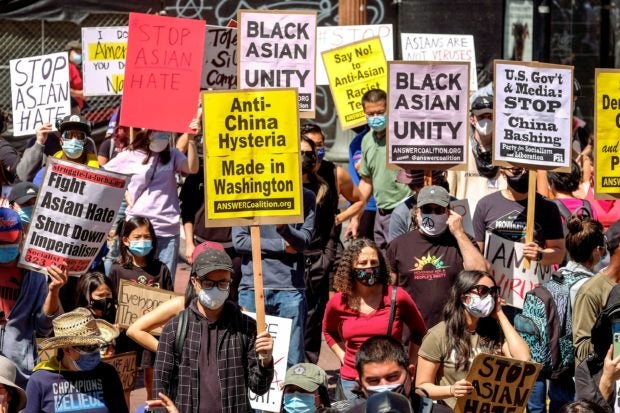 WASHINGTON  – Amid reports of a rising number of hate crimes against Asian Americans, U.S. Attorney General Merrick Garland on Tuesday announced he is launching a 30-day “expedited review” into how the Justice Department can bolster its efforts to prosecute hate crimes and improve data collection of such incidents.

In his first memo to employees since taking over the helm of the department earlier this month, Garland said he wants to find ways to improve reporting of hate crimes, “prioritize criminal investigations and prosecutions,” and work with civil authorities to address cases of bias which may not rise to the statutory definition of a hate crime.

The recent rise in incidents “requires renewed energy and emphasis on investigation and prosecution, increased community outreach, and the improved collection of data critical to understanding the evolving nature and extent of hate crimes and hate incidents in all their forms,” Garland wrote.

Asian Americans and Pacific Islanders have been raising the alarm over a rise in violence against them that many say coincided with the beginning of the coronavirus pandemic, which then-President Donald Trump referred to as the “China virus.”

The incidence of hate crimes against Asian Americans rose by 149% in 2020 in 16 major cities compared with 2019, according to the Center for the Study of Hate and Extremism.

The community’s fears were heightened by the fatal shooting of eight people on March 16 at Atlanta-area spas, six of whom were women of Asian descent.

Police have expressed skepticism that race played a role in the actions of suspected gunman Robert Aaron Long, but Asian-American community advocates and lawmakers including Senator Tammy Duckworth, an Asian-American herself, say they believe it was a hate crime.