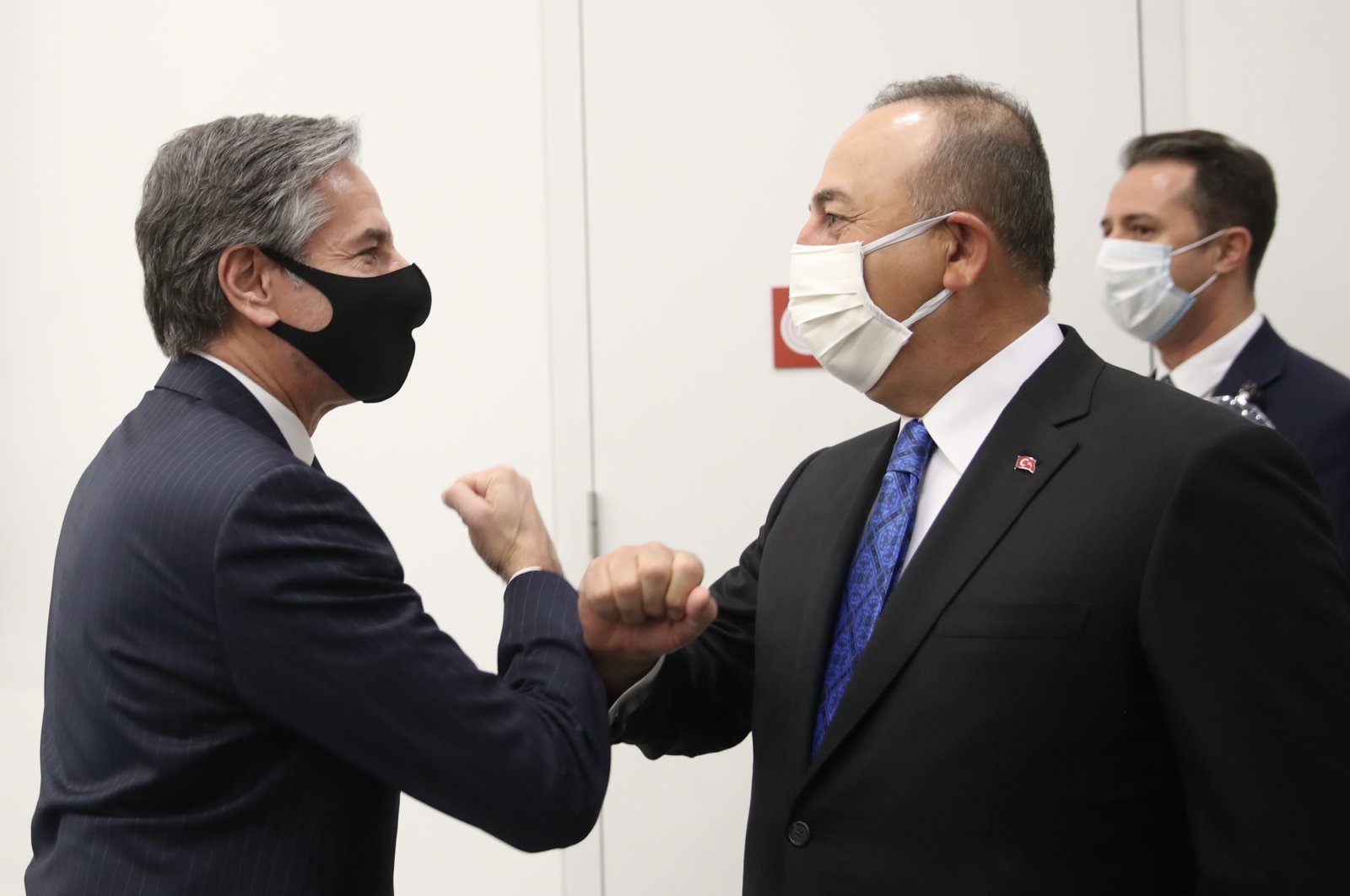 Foreign Minister Mevlüt Çavuşoğlu on Wednesday met the United States Secretary of State Antony Blinken in Brussels, on the sidelines of the NATO meeting to discuss bilateral ties. The two diplomats underlined the importance of alliance relations in a constructive meeting, Ankara said.

As Turkish diplomatic sources stated, the U.S. thanked Turkey for hosting the upcoming Afghanistan peace talks. While Çavuşoğlu and Blinken exchanged ideas on the issues affecting Syria, Libya and the Eastern Mediterranean, Turkey’s demands regarding the common fight against terrorist groups were also reiterated. The issue of the S-400 was another important topic discussed.

Following the meeting, Çavuşoğlu said in a Twitter message that they discussed all aspects of bilateral relations in a constructive meeting, by exchanging comprehensive views on Afghanistan, Cyprus, Eastern Mediterranean, Syria, Iraq, Libya and fight against terrorism.

Blinken, for his part, in a Twitter message stated: “I look forward to continued cooperation with our NATO ally Turkey on counterterrorism, voiced our support for exploratory talks with Greece, and emphasized the importance of democracy and human rights.”

This was their first face-to-face meeting after Blinken took office. The two top diplomats had their first phone call under the new Joe Biden administration last month. Congratulating Blinken for his new position as the secretary of the state, Çavuşoğlu said that Turkey is willing to have a dialogue based on mutual respect with the new U.S. administration.

Later in the day, Çavuşoğlu stated that Turkey told U.S. counterparts that the S-400 deal is a done deal, adding that a broader meeting with Blinken to be held either in the U.S. or Turkey.

Ankara has repeatedly stressed it was the U.S.’ refusal to sell it Patriots that led it to seek other sellers, adding that Russia had offered a better deal, including technology transfers. Turkey even proposed setting up a commission to clarify any technical issues.

Issues, including Syria, the S-400 missiles and the extradition of Fetullah Gülen – the mastermind of the July 15 coup attempt orchestrated by the Gülenist Terror Group (FETÖ) – as well as U.S. support for the YPG terrorist group threatening Turkey’s security have led to mounting tensions between the two partners.

However, intra-Afghan peace talks emerge as an area of cooperation between the two countries. Earlier this month, Blinken proposed a United Nations-led peace conference in Turkey with the aim of finalizing a peace agreement in a letter to Afghanistan’s President Ashraf Ghani. Following the news, Turkey expressed its readiness to take part in mediation efforts to establish peace in Afghanistan and the region.

The NATO alliance could emerge stronger after a period of internal divisions and must keep Turkey at the heart of trans-Atlantic ties, Blinken had said Tuesday.

Blinken said that, despite public differences with Ankara, Washington and NATO had a strong interest in keeping Turkey anchored in the alliance.

America’s top diplomat adopted a positive tone at the start of a two-day meeting of alliance foreign ministers as he looks to rebuild ties strained by former U.S. President Donald Trump.