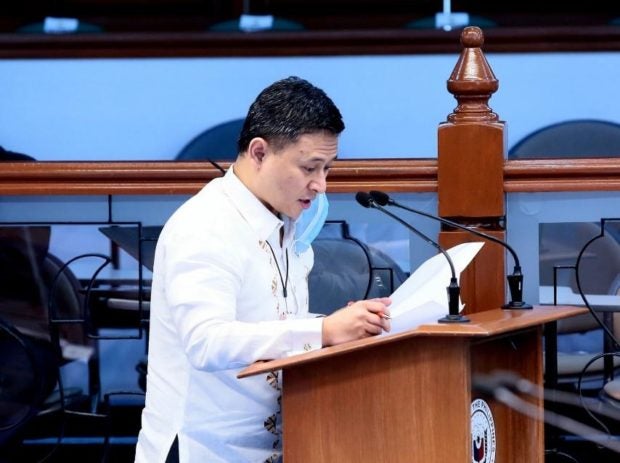 MANILA, Philippines — A Senate panel has approved a bill seeking to grant monthly honoraria to Sangguniang Kabataan (SK) officials in a bid to further enhance the participation of the youth in local governance.

The Senate Committee on Youth, chaired by Senator Sonny Angara, gave its nod to Senate Bill No. 2124, which aims to amend Republic Act No. 10742 or the Sangguniang Kabataan Reform Act of 2015.

Among the amendments contained in the bill is the grant of monthly honoraria to SK members, secretaries and treasurers.

At present, only the SK chairpersons are entitled to honoraria by virtue of their status as ex-officio members of the Sangguniang Barangays.

“The issue of honoraria or in this case, the lack of it, has been cited as one of the main reasons why fewer people want to join the SK,” Angara said in a statement on Monday.

“We recognize the importance of getting the youth involved in local governance and how this experience contributes to their development as future leaders so we should provide them with all the support we can give,” he added.

The honoraria would be chargeable against the funds of the SK, subject to the guidelines issued by the Department of Budget and Management (DBM) and may be augmented by the local government units through their respective local ordinances, according to the bill.

For the position of SK treasurer, the bill recommends that the candidate should have an educational and/or career background in either of the fields of business administration, accountancy, finance, economics or bookkeeping.

Under the bill, a maximum of 15 percent of the SK funds shall be set aside for the mandatory and continuing training of SK officials and members.

The bill also grants additional privileges to the SK officials including their entitlement to appropriate Civil Service Eligibility, provided that the concerned officials have rendered full terms of office.

They will also be exempted from taking any of the components of the National Service Training Program.

The bill also mandates SK officials to formulate and approve their internal rules, appoint its secretary and treasurer, and set the schedule for regular SK meetings and Katipunan ng Kabataan meetings within 60 days from their assumption to office.

If enacted into law, a local youth development officer must be appointed within a year from its effectivity.

LGUs will also be mandated to appropriate no less than one percent of its annual budget for the Local Youth Development Office.

“The work of improving our SK system must continue. The SK, appropriately reformed and capacitated, remains relevant and much-needed,” Angara went on.

“The youth should be given a place in the everyday business of building our nation and serving our people,” he said.

According to the senator, the bill was a product of “extensive consultations” with the SK Federations, the Department of Interior and Local Government, the DBM, the National Youth Commission, the academe, and other stakeholders.

In August last year, Angara’s committee also held an inquiry into the implementation of R.A. 10742 to gather inputs on which provisions of the law are working and the possible amendments needed to improve the system.

With the bill’s approval at the committee level, the measure will now be subject to further deliberations in the Senate plenary.