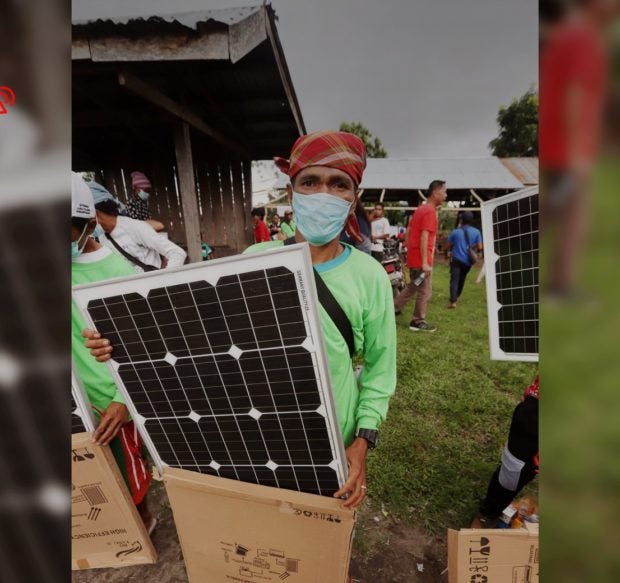 KORONADAL CITY — Government security forces are employed to bring light to some 2,000 families in impoverished far-flung villages of the Soccsksargen region who continue to grope in the dark at night.

Rafael Abrogar II, regional director of the Technical Education and Skills Development Authority (TESDA), said the agency trained several members of the Armed Forces of the Philippines (AFP) and the Philippine National Police (PNP) for its Project Tala or “TESDA Alay ay Liwanag at Asenso” which seeks to install solar panel systems in off-grid remote villages in the region.

TESDA is trying to make the AFP and PNP personnel become “knights of light” through a three-day training on the installation of solar panel systems.

“We are at war, but this is not the war of bullets and arms. This is a war against poverty and against missed opportunities in far-flung areas in the region,” Abrogar said.

The trained government troops will augment TESDA’s pool of trainers on solar power installation to reach 2,000 households in the region that wanted to avail of Project Tala, he added.

The project was launched last year in remote Sitio Blit of Barangay Ned in Lake Sebu town, South Cotabato, benefitting at least 600 households in the predominantly T’boli populated village that have not experienced electricity service for 70 years.

The beneficiaries were educated first on photovoltaic installation and maintenance before they were given the solar panel system by the agency.

Abrogar noted that before the AFP and PNP personnel underwent a three-day trainer’s training, they merely served as security escorts during TESDA’s Project Tala outreach.

Soccsksargen or Region 12 straddles the provinces of South Cotabato, Cotabato, Sultan Kudarat and Sarangani, and the cities of General Santos, Koronadal, Tacurong and Kidapawan.