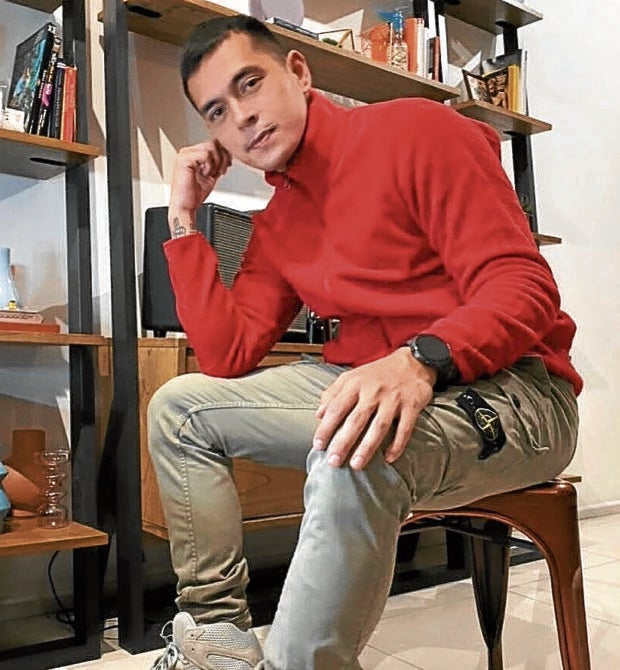 Don’t burn bridges. Be transparent with your bosses,” said actor Jake Cuenca as an advice to fellow ABS-CBN artists who opted to find work elsewhere while the network is currently on shutdown and the industry is adjusting to the “new normal” as a result of the pandemic.

“I had been assured that I would be able to come back easily to ABS-CBN even if I made a project for a different channel (the romantic drama ‘Ate ng Ate Ko’ for TV5). I think it was harder for others, especially those whose network contracts have already expired (before shutdown) and were not able to find work right away,” he explained to Inquirer Entertainment in an exclusive Zoom chat.

ABS-CBN, after a failed bid to renew its broadcast franchise in 2020, has suspended the talent contracts of its artists indefinitely, although those whose careers are being handled by Star Magic, like Jake, will continue to be managed by the said Kapamilya group.

“Obviously, you have to earn a living. You have to do what you have to do in order to survive. It’s actually hard to call yourself an actor if you’re not acting. For me, there’s no grudge there,” Jake pointed out. “[Broadcast companies in the Philippines] don’t give out loyalty awards to actors. Even though we’ve been working for a particular company for 10 or 20 years, we’re not given that same kind of recognition as regular employees. For me, they will get you for as long as they can utilize you.”

He further said: “Definitely, I’ll always be thankful to the people behind Archangel Media. They were the first ones to approach me while we were in the middle of the pandemic to offer me work. My hat’s off to them. They treated me really well. They were open to my suggestions, too.”

“Ate ng Ate Ko,” which also featured Kris Bernal, Isabelle de Leon and Joem Bascon, aired on TV5 from November 2020 to February 2021. It was a coproduction of Archangel Media Inc. and Cignal Entertainment.

“I was also able to make an episode for ‘Maalaala Mo Kaya’ while the program was airing. I’m back to ABS-CBN now,” he declared, adding that he is currently working on the TV series titled “Viral,” alongside Dimples Romana and Charlie Dizon.“To be honest, the moment it was announced in a Zoom call that I will be part of ‘Viral,’ I said it felt like I’m home. I’ve worked with these Kapamilya people for a long time. It was great to see them again. I actually got emotional for a while,” he recalled.

Jake said work has already been laid out for him for the next few months by Star Magic. However, he said that as soon as the pandemic ends, and when people are already allowed to travel safely again, he would want to go to the United States to study filmmaking.

“Luckily, there were some things I was able to do while on lockdown, like direct this music video (for Cean Jr. titled ‘Binibini’) featuring Kylie (Verzosa, his girlfriend). I see being a director as a career, just like acting. I want to be able to express myself in a different way, too,” the 33-year-old explained.

Asked what he considered was the most depressing part about working during the pandemic, Jake said it was actually thinking about all those who got displaced. “We now have to maintain a skeletal set. A lot of people got retrenched as a result of this. Producers have become super strict when we’re taping,” he pointed out.

However, he said he was impressed with how the industry has managed to comply with all the health and safely protocols imposed by the government. “I actually kind of appreciate being in a lock-in set. It’s easier for us to practice method acting because we already know the time we start and end our work. What I look forward to now is for us to all go back to normal; so that we can have a clearer vision of our career paths, so we can really plan for our future.” INQ