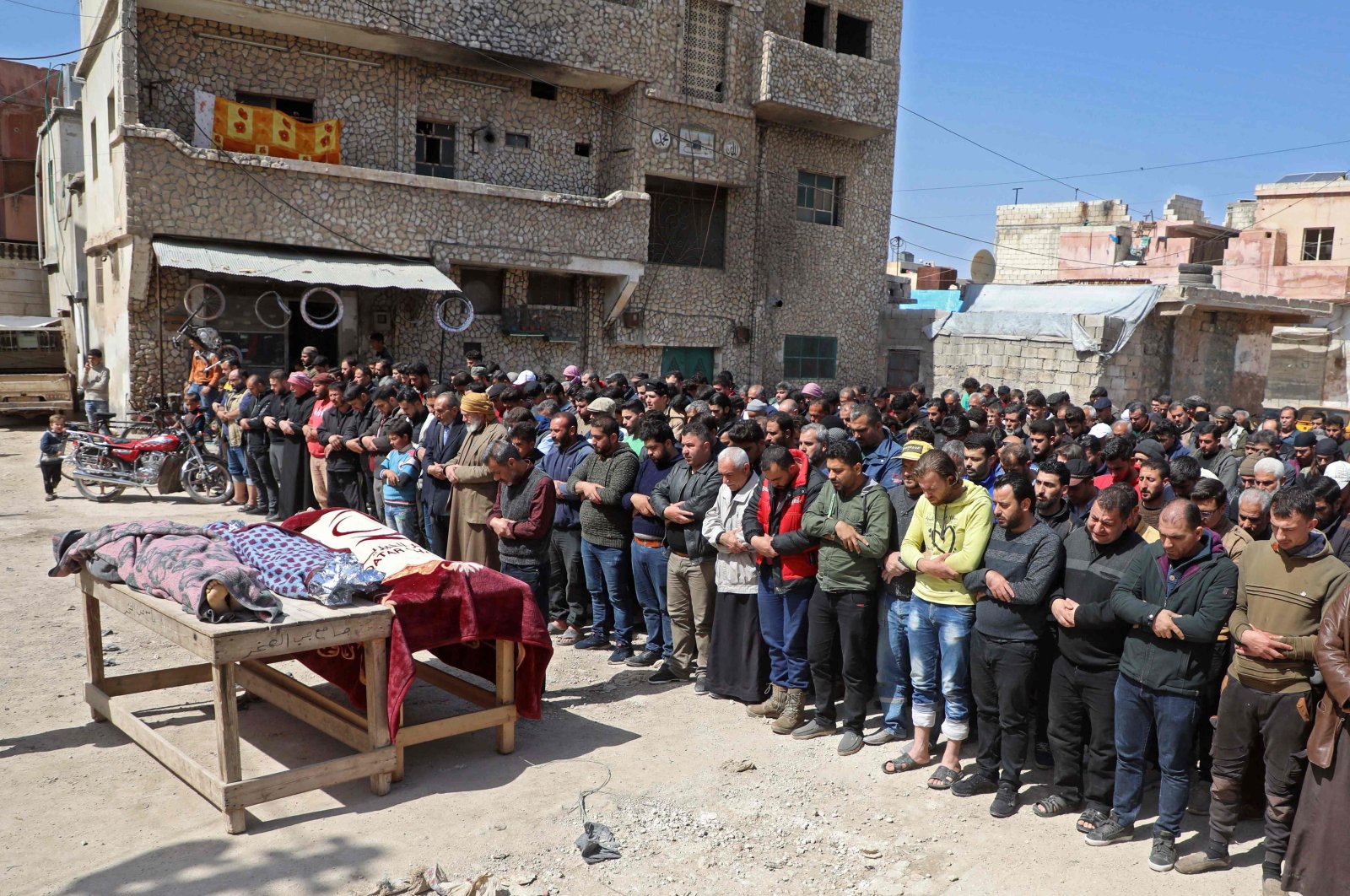 The necessary measures must be put in place “to prevent the occurrence of great catastrophes” against civilians in Syria, according to the CEO and founder of The Cordoba Foundation, a London-based research and advocacy group that promotes religious and cultural understanding.

“The world must agree to adopt sufficient measures that stem the desires of rogue regimes such as the Assad regime in Damascus and many others in our midst today,” said Anas Altikriti, speaking to Anadolu Agency (AA) a week after Syria marked a decade of unrest and civil war.

“It is quite a damning indictment of the international community and governments, along with international agencies that a catastrophe the scale of the Syrian crisis was left to expand and deepen over a decade with virtually no consequence for those who perpetuated this immeasurable crime against the Syrian people,” Altikriti said.

“However, it must be seen that the ultimate priority right now is to ensure that the Asaad regime is prevented from continuing its attacks against Syrian towns and cities and that Syrians are able to return to safe and secure homes,” he said.

Underlining that war criminals in Syria must be subject to the judicial process, Altikriti said victims need to be “compensated in whatever way appropriate.”

“The suffering of the Syrian people, who desired no more than freedom, reforms and justice, must never be allowed to be in vain. Without this, there will be no end in sight to the tragedy that has engulfed Syria and millions of Syrians for the past 10 years.”

“Finally, measures must be put in place to prevent the occurrence of such catastrophes against innocent civilians ever again, whether it be on the level of international law, politics, economic interests or security,” he said.

Altikriti said governments worldwide “must support efforts” to bring those responsible for war crimes and atrocities in Syria to justice.

“European governments, in particular, are holding an extremely peculiar position in respect to Syria: while claiming to uphold humanitarian values, Syrians fleeing the bloodshed are being prevented from reaching safety in Europe and are often sent back to where they are likely to be killed, and when efforts are made to bring the Syrian regime to account, they fail to afford those efforts the support it needs to be seen through,” he said.

Syrians last week marked 10 years since peaceful protests against Bashar Assad’s regime erupted in March 2011, triggering a popular uprising that quickly turned into a full-blown civil war. Despite a decade of fighting that shattered the country, Assad remains firmly in power. Syria is now economically devastated and divided into several parts.

The conflict has killed around half a million people and displaced half of Syria’s pre-war population of 23 million, including more than 5 million who are refugees, of which the majority have fled to neighboring countries.

Syria is a “living nightmare” where about half the children have never lived a day without war and 60% of Syrians are at risk of going hungry, United Nations Secretary-General Antonio Guterres said recently on the 10th anniversary of the conflict.

Commending Turkey for hosting nearly 4 million Syrian migrants, Altikriti said: “It is a fact that the only government that opened its borders to Syrian refugees in their millions and allowed them access to a residence, employment and various forms of assistance is Turkey.

“The fact that Europe adopts such a hostile stand regarding Turkey is in itself an inexplicable stand, given that it is doing what Europe should have done a long time ago.”

Echoing Altikriti, Abdullah Faliq, the executive director of the London-based Centre for British-Turkish Understanding, said, “Turkey’s decision to welcome mass numbers of refugees is based as much on faith, human compassion and solidarity as it is on international law.”

“Currently, Turkey hosts more refugees and asylum-seekers than any other state on earth,” he told AA.

“It ought to be noted that hosting refugees in Turkey is not new: the Ottoman Empire welcomed Jews who were expelled from Spain in 1492,” Faliq said.

“This backdrop is important to note as Turkey opened its borders to welcome and shelter that fleeing persecution, especially from Syria. Sadly, the same can’t be said about other countries, namely (those of) the EU, which has an agreement to support Turkey financially to host the refugees. The agreement largely remains unfulfilled.”

Faliq said the U.N. has acknowledged “Turkey’s distinguished role in extending help to the refugees.”

“But this state of play cannot continue like this. The international community needs to act and act fast to help the Syrians.”

Pointing to the killing, mass detainment and torture happening in Syria on “an industrial scale,” Faliq argued that bringing the perpetrators to justice for their crimes against humanity is possible.

“We have examples of other perpetrators who were pursued, captured and tried for crimes against humanity – Ratko Mladic, Radovan Karadzic and Slobodan Milosevic, for example,” he said, referring to the three high-profile masterminds of the Bosnian genocide.

“There are developments in other countries such as with the plight of the Rohingya. The same is possible in Syria, provided there is a strong resolve to pursue Bashar and his regime. The efforts of the Canadian and Dutch governments in this regard are a step in the right direction, and they should be supported.”

Faliq called for more countries to step up, calling the situation a matter of urgency.

“Like Turkey, they need to abide by the international law principle of non-refoulment, i.e., rejecting the forcible return of refugees or asylum-seekers to a country where they are liable to persecution,” he said.

“The general lackluster and inconsistent approach by most European countries to the plight of the Syrian refugees needs to change. Expressing concern for the refugees on the one hand, but preventing them from accessing safety in Europe on the other, is rather telling.”

“Words must be matched by action. Turkey is doing just that,” he added.

Faliq also touched on the challenge terrorist groups pose in the country, saying: “Achieving peace is a long journey that is fraught with challenges and obstacles. Clearly, terrorist groups like the PKK/YPG are bent on causing turmoil and destabilizing the region.”

The YPG is the Syrian branch of the PKK terror group. In its more than 40-year terror campaign against Turkey, the PKK – listed as a terrorist organization by Turkey, the U.S. and the European Union – has been responsible for the deaths of nearly 40,000 people, including women, children and infants.

“The perpetrators of terrorism and violence need to be brought to justice. The international community cannot turn a blind eye to their violence and ill motives. We need to be consistent when dealing with extremists and terrorists, whether it is the PKK/YPG or Daesh.”

“Peace will come to the region eventually, and we must remain resolute in seeking such a future,” he added.

Faliq said the terrorist organizations operating in the country are and will continue to be “a destabilizing factor to the entire region and a justification for the stalling of various crucial processes, including transitional justice and the return of refugees and displaced civilians.”

“In addition, the havoc they continue to pursue and how various regimes utilize their presence to bring about respective interests that are usually destructive in nature adds to the reasons that they must be eliminated in order to bring about any sense of stability or security.”