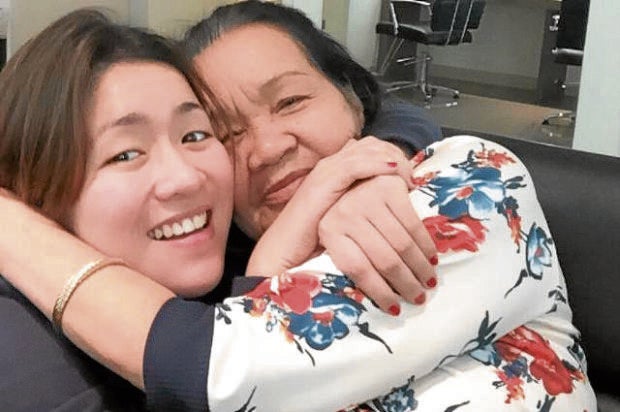 Singer-actress Angeline Quinto, whose adoptive mother, Sylvia or Mama Bob, passed away last November, said it had been “an answered prayer” for her to record the theme song and be part of the cast of a drama series that’s aptly titled “Huwag Kang Mangamba.”

During a virtual media gathering organized by ABS-CBN to promote the drama series, Angeline recalled that the job offer came at a most depressing time—her Mama Bob was being prepped for a major brain surgery.

Angeline had just come from the chapel in the hospital where her mother was confined. The singer said she had prayed and cried to God for Mama Bob, who had a stroke on Sept. 19 and had been hospitalized until she died on Nov. 7. Angeline then got a call from Deo Endrinal (head of Dreamscape Entertainment, producer of the series) informing her that she would be part of a show with a title that, when translated to English says, “Do not worry.” “It felt like God responded to me really quickly. It was amazing,” she declared. Eventually, Angeline said she was given a YouTube link so she could study the song. “I wasn’t familiar with it at all, but when I heard it the first time, I felt like God was answering what I prayed to Him for in the chapel,” she said.

The song has become a special one for Angeline, “because it was the last one I sang to Mama Bob when she was still alive. She was already in the ICU (intensive care unit) then. These days, whenever I hear the song, I remember her. Its message is also very timely. It’s for people who are feeling hopeless because we are experiencing hard times as a result of the pandemic.”

The singer added: “I guess many people are thinking, ‘Hindi ko na kaya.’ But when you have complete faith and trust in God, that you know He is your ally, you will eventually overcome any hardship. Just lift everything up to Him and all will be fine.” 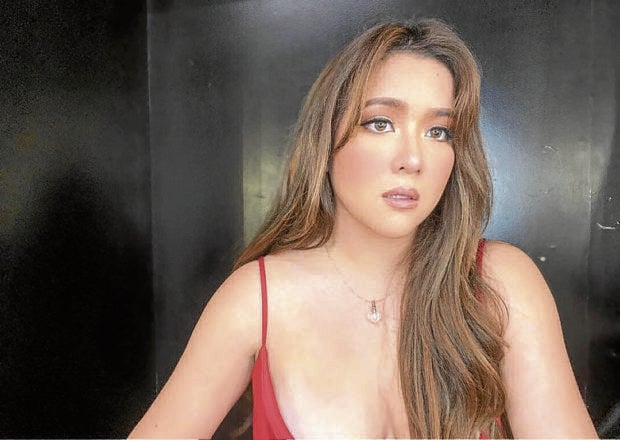 Since she was still in the process of grieving, Angeline said she had been worried that she wouldn’t be able to perform her role well. “Admittedly, I felt that I wasn’t ready yet. It was a good thing that my character, Darling, is so much like me. She’s perky, bubbly and funny,” Angeline said. “It was also because of the people I worked with that I was able to adjust quickly. They were all easy to get along with, even though I got to work with them here for the first time. All my worries disappeared. It felt like they embraced me as a coworker and as a kapamilya, and told me, ‘Wag kang mangamba.’ That was a big deal to me.”

“I’m so thankful that we were able to establish a good relationship inside our lock-in set. Enchong felt like a brother, and the Gold Squad, my younger siblings. I was able to open my heart and share my thoughts with Tita Sylvia and Ms Eula. I felt comfortable with them. What they told me as advice really helped,” she added. “I became more cheerful. In the beginning, I really didn’t think I’d manage. I was sure that I’d simply break down.” She further said: “I sometimes feel my Mama Bob’s presence. I know she’d be less worried about me because I’m not just at home, alone, sulking. That’s what I would probably be doing if not for ‘Huwag Kang Mangamba.’”

As to whether she was slowly overcoming the pain of losing her mother, Angeline admitted that it wasn’t easy. “But my Mama Bob used to tell me often, when I was still younger, to always look back to where I started and be grateful for what I have now. She raised me on her own. She was strong. She didn’t give up, even though I know she was already having a hard time. She was able to manage because she had faith and complete trust in God. Now that she’s no longer around, I bring that life lesson with me wherever I go. I know I’d be able to make it, too, eventually.” INQ