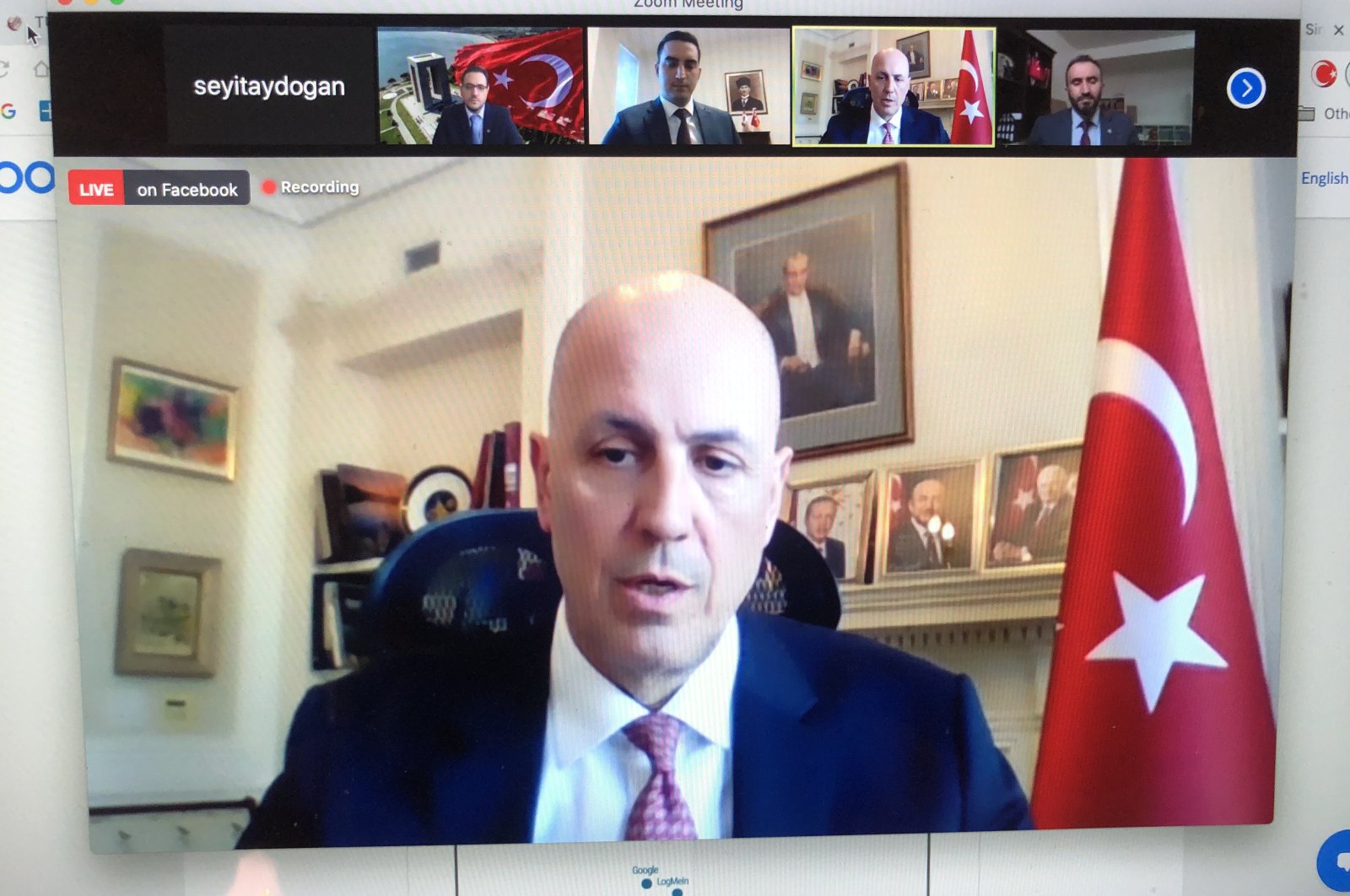 The Turkish Ambassador to Canada, Kerim Uras, blasted a Canadian University’s decision to cancel an event on the Southern Caucasus after pressure by radical Armenian groups, as he called it a “sad day” for freedom of speech in Canada.

Uras was scheduled to attend the online event organized by the Montreal-based Concordia University’s Strategic and Diplomatic Society and the International Relations Society to discuss the situation in Nagorno-Karabakh, which had recently been liberated by Azerbaijan from three decades of Armenian occupation.

The event, which was scheduled to take place on March 19, was canceled after radical Armenian groups, including the Armenian National Committee of Quebec put pressure on the university and the relevant student clubs to cancel it.

The ambassador criticized the cancellation, saying that he had accepted the university’s invitation weeks ago and that his participation would have enabled students of diplomacy to listen to every perspective and ask questions “for a better understanding of international issues and Southern Caucasus.”

“Radical Armenian groups can’t even tolerate a free exchange of views with a group of students. The students’ right to hear and analyze different views has been taken from them by bullying Armenian groups, who are fanatically hostile to #Turkey & #Azerbaijan & #Islamophobic,” Uras said on Twitter.

He continued by saying that it was “regrettable” that an academic institution bowed down to threats and intimidation by radical groups.

“The issues in the region are complex and rooted in history. Far better to discuss honestly… We will continue to encourage and work for #dialogue, #diplomacy, and mutual understanding to build lasting peace and stability,” the ambassador said.

4/6 It is regrettable that an academic institution bowed to threats and intimidations. Radical Armenian groups are clearly unsure of their case if they run from democratic debate. I would have been delighted to engage and take any questions from students.

Users on Twitter criticized the university for canceling the event.

One user slammed the university for double standards, as she noted that they did not cancel the speech of Israel’s Prime Minister Benjamin Netanyahu in 2002 despite backlash from pro-Palestinian student groups.

It’s pretty disheartening to see the double standards that is rampant even in academic institutions. Concordia didn’t even think of cancelling the speech of Benjamin Netanyahu back in September 9, 2002 despite a huge backlash from the pro-Palestinian student groups on campus.

It is indeed sad for academic integrity and basic freedoms that an academic institution has bowed to threats and intimidations from a radical Armenian group and cancelled the invitation to the Turkish Ambassador to have a conversation with young Canadians. Read full thread below: https://t.co/EtjLKRj3T2

Relations between the two former Soviet republics over Nagorno-Karabakh have remained tense since 1991, but fresh clashes broke out on Sept. 27. Since then, Armenia has repeatedly attacked Azerbaijani civilians and forces, even violating three humanitarian cease-fire agreements.

About 20% of Azerbaijan’s territory has been under illegal Armenian occupation for nearly three decades. Baku liberated several strategic cities, towns and nearly 300 of its settlements and villages from the Armenian occupation during the recent fighting.

Turkey supported Azerbaijan throughout the 44-day-long battle, which ended on Nov. 10 with a Moscow-brokered cease-fire.