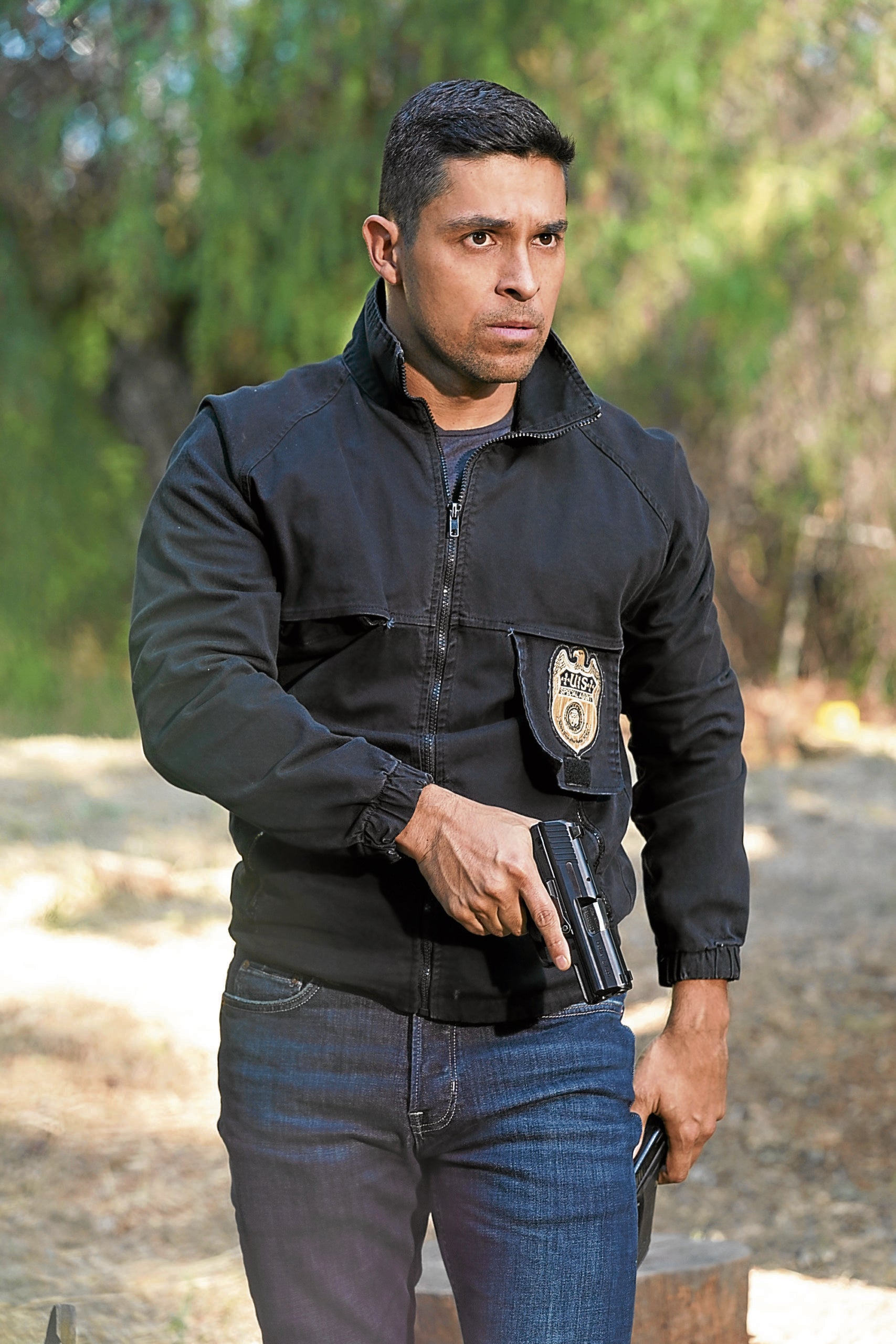 Wilmer Valderrama is known as much for portraying the role of Fez in the sitcom “That ‘70s Show” as he is for his tabloid-fodder romances with a bevy of Hollywood beauties that includes Lindsay Lohan, Demi Lovato, Mandy Moore and Ashlee Simpson.

The 41-year-old hunk may have finally said farewell to his “footloose and fancy-free” days as an eligible bachelor when he announced his engagement to girlfriend Amanda Pacheco last December, but the Venezuelan-Colombian-American actor remains as charming and gracious as ever—as our recent chat with the resident heartthrob of “NCIS,” the United States’ No. 1 TV series, demonstrated.

Yes, it was a joy to listen to Wilmer talking as if we were just shooting the breeze. Moreover, the actor often gave three or more topics’ worth of answers per question. A Latino charmer, indeed!

Despite the limitations brought about by the pandemic, there’s no doubt the actor-singer-host has a lot to smile about these days, professionally and personally. Not only does Wilmer have a new movie out (Esteban Arango’s “Blast Beat”), he also just became a first-time dad last month: His daughter Nakano Oceana was born on Feb. 15.

On its 18th season, “NCIS,” where Wilmer has been playing agent Nick Torres since the “Rogue” episode in Season 14, also marked a significant milestone with the recent airing of “Everything Starts Somewhere”—the crime procedural’s 400th episode!

While we may have been heartbroken by Maria Bello’s departure in the Afghanistan-set “True Believer” episode the other week, we were nonetheless tickled pink to see sparks beginning to fly between Nick and colleague Eleanor Bishop (Emily Wickersham), especially when the latter’s life was put at risk during a recent hostage crisis.

But there was even more real-life drama on and off the “NCIS” set, no thanks to the COVID-related shutdown early last year that was only lifted in September, when they resumed filming episodes for Season 18.

“It was really important for us to go back to work because, for people stuck at home, films and TV shows like ours make quarantine more bearable,” Wilmer told us. “They provide viewers a semblance of normalcy in these difficult times. And just the fact that we were finding a roadmap to return to work was uplifting and empowering.

“It was a beautiful scenario the first day we went back to work because we hadn’t seen each other for so many months. We were wearing masks and face shields and standing 6 to 10 feet away from one another. It was very emotional for all of us, knowing that we were able to create protocols that made us feel safe to come back to work.”

Wilmer is marking his fifth year with “NCIS,” but he said that doing the show continues to provide excitement for him as an actor.

“When I joined the team on that first year, I was a little too confident,” he admitted, laughing. “I rolled in swinging hard. I was a ball of fire! I was excited just to be there, because I made it a point to create a character I like. If I was going to hang out with somebody for 12 hours a day, for 24 episodes a year—that’s about nine and a half months with a character!

“I needed to love that character—and Nick Torres has been fun and effortless for me to create: I mean, he’s grumpy, he’s a smartass, he’s quirky and loose, and he’s funny. More than that, I get to do all the things that I’m pretty good at, like mixed martial arts. Plus, I get to capture bad guys!

“Time has gone by very fast. I’m getting close to doing my 100th episode with the series, and I still feel like I’m the new guy. 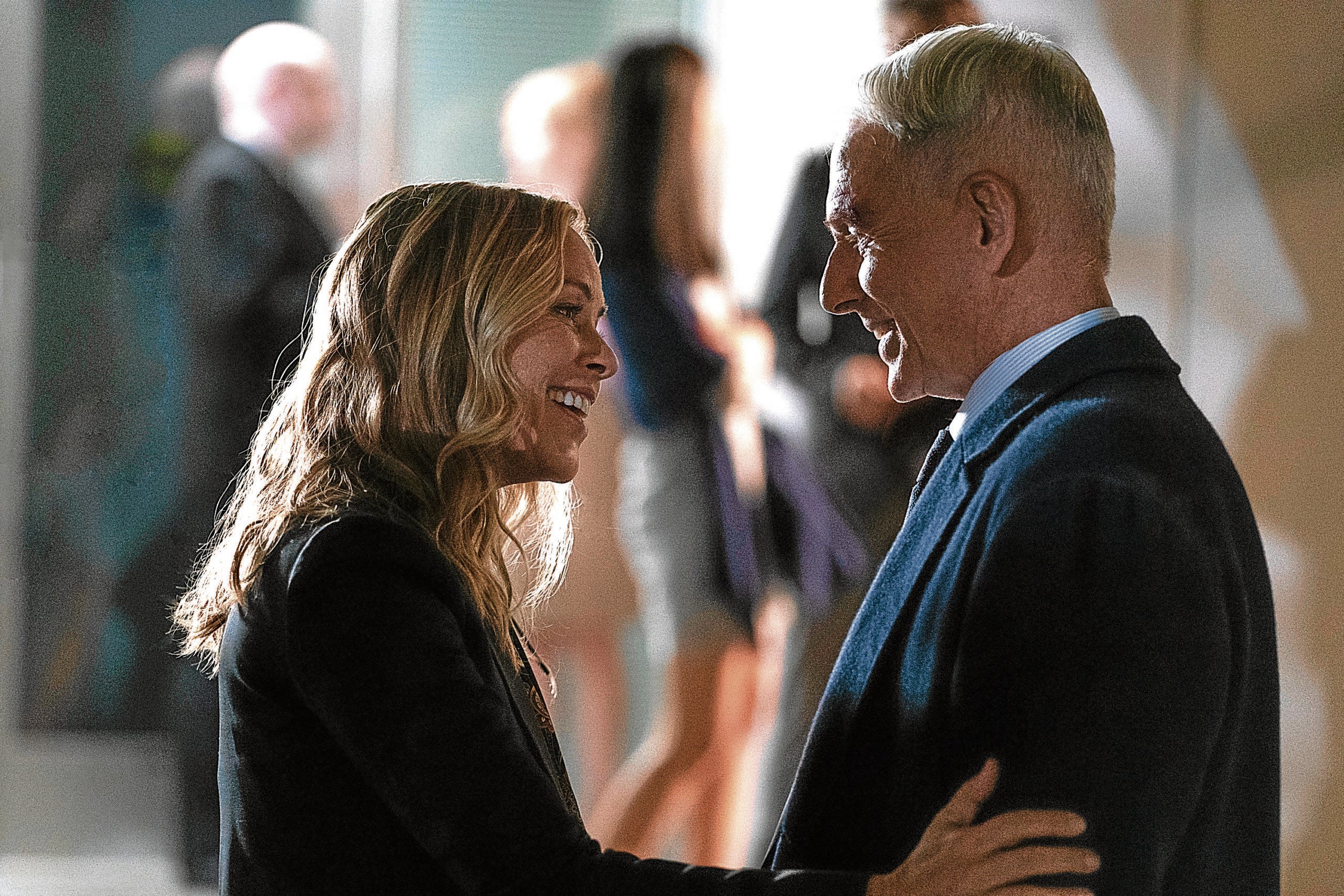 “Mark Harmon is a great partner to me. We’ve had quite a bromance going on for about four years now, and it’s going strong, ladies and gentlemen (laughs). I don’t know how much longer I’ll be with the show, but for the moment, I’m happy to be here. The fact that the fans love the character has been such a gift.”

BlessedAsked to talk about his legacy so far, Wilmer said, “I’m very proud of many things. For so long, I’ve been able to provide for my family, take care of my mother, father and sisters, put a roof over my head—I know I’m blessed!

“Despite that, I still find time to be a son, a fiancé, a brother, a tio, etc. I’m a hard worker and, like my dad, I think that’s what I have in common with the Latino community. I asked my dad to retire many years ago, but he got so bored that he now gets up at 5:30 in the morning—to drive an Uber! He simply doesn’t want his time off (laughs).”

Our Q&A with Wilmer:

How important is it for you to represent the Latino culture, given the political and social context that we’re living today?

When I first acted at age 17 or 18, I was just happy to have a job—I didn’t understand the magnitude of what that meant or what my character represented to many people. In the beginning of “That ‘70s Show,” I just showed up to work and did the best I could to be funny.

Then, when I got to the 100th episode, I began to understand how special Fez was and the ownership that the audience had over my creation of this one little character.

I didn’t understand the importance of it because, while I was the only Latino on the Fox network for a long time, I didn’t really see it that way. For me, I was just another actor in a network full of actors, so I never saw myself as a minority.

Later, the realization that there was a lack of representation for minorities became a very sobering moment for me because, for years, I was auditioning for Caucasian roles all the time. But I realized more and more that I had a major responsibility to say no to characters that didn’t represent me or my culture well, and say yes to roles that my mom, dad and sisters could relate to.

Now, I look back at 22 or 23 years of my career—that’s more than two decades of hustling and producing and directing and performing and activism. It means everything to me to know that we’re at a crossroads, where things are really changing when it comes to diversity. Immigrants and our international fan base can now see themselves in the stories we’re creating—and that’s the future!

And I’m not just talking about being Latino, because the spirit of an immigrant is the same regardless of where you come from. We travel around the world to achieve something we never had in our countries of origin.

Can you talk about Nick’s character arc this season, as well as his budding romance with Eleanor Bishop?

I’m blown away by viewers’ reaction to this because that’s something we’ve never done before, except for a little look here and there (laughs). So, it’s kind of sweet to see that catch fire, you know?

OK, I guess I’ll drop a major exclusive for you: We’re going to dive deeper into Nick’s life and history this season—and we’ll probably meet some members of his family. We will understand more why he’s single, and why he has a tough time with his relationships.

We also know that Eleanor’s history with relationships has not been eventful either, because she’s also lost a few people herself. So, making these two characters come together is going to be very fascinating.

I’m telling you this because the show has explored 400 episodes of storylines with these characters, but I want to do something that has not been explored yet, something that they haven’t had the courage to go all the way with.

Is it true that you sometimes forget what happens in a given episode?

It’s absolutely true (laughs). It’s very easy for me to memorize—I can look at the scene, read the script once no matter how many pages there are, rehearse it twice, then I don’t have to look at my script again.

But the other side of that coin is, as soon as they say cut, as quickly as it went into my brain is also as quickly it leaves. I just move on and I’m already on the next scene! I just forget because we shoot so much out of order. Don’t tell anyone I said that (laughs).

You’ve been playing Nick for five seasons already. But you’re also known for other well-loved shows with a certain pop-culture sheen. How different is the satisfaction you get from those compared to being with “NCIS”?

I don’t want to sound too overconfident when I say this, but Nick is probably the most simple character I’ve ever had to portray in my life—every other character I’ve played had quadruple layers to them.

But I wouldn’t say Nick is the closest to me or my personality. I’d say the character closest to me is Fez, because I am crazy and silly. I’m an idiot (laughs)! But seriously, every single character is fulfilling because, at any given moment, there’s something about every character that you need to get out of you.

You need to play it out, whether by way of comedy, drama, horror or action. Whatever it is, the character has to come alive. It’s almost like therapy (laughs)!