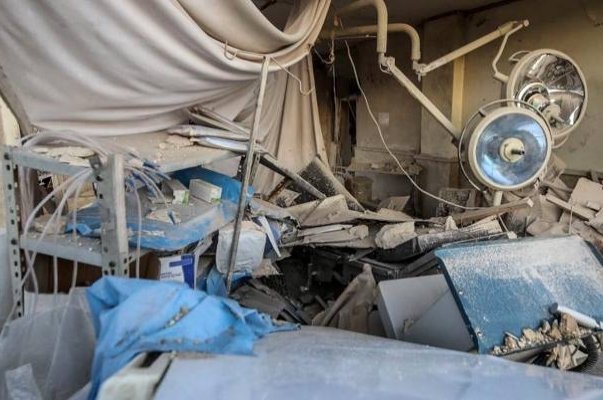 At least seven civilians, including a child, were killed Sunday in an attack by the Bashar Assad regime on a hospital in Syria’s northwestern province of Idlib.

“The Assad regime once again has carried out a brutal attack on innocent civilians,” the Turkish Defense Ministry said in a written statement.

“Five innocent civilians, one of whom is a child, were killed by the regime’s artillery bombardment on a hospital in Idlib’s Atareb,” the ministry said in its initial reaction.

“The regime, which again carried out crimes against humanity, also injured 10 civilians,” the statement added.

Later, it was reported that seven civilians were killed and at least 14 medics were injured.

The Idlib de-escalation zone was forged under an agreement between Turkey and Russia. The area has been the subject of multiple cease-fire agreements, which have been frequently violated by the Assad regime and its allies.

Most recently, a fragile truce was brokered between Moscow and Ankara in March 2020, in response to months of fighting by the Russia-backed regime. Almost a million people have fled the Assad regime’s offensive, yet the regime still frequently carries out attacks on civilians, hindering most from returning to their homes and forcing them to stay in makeshift camps.

Syria’s war has killed more than 387,000 people and displaced millions since beginning in 2011 with the regime’s brutal repression of anti-government protests.