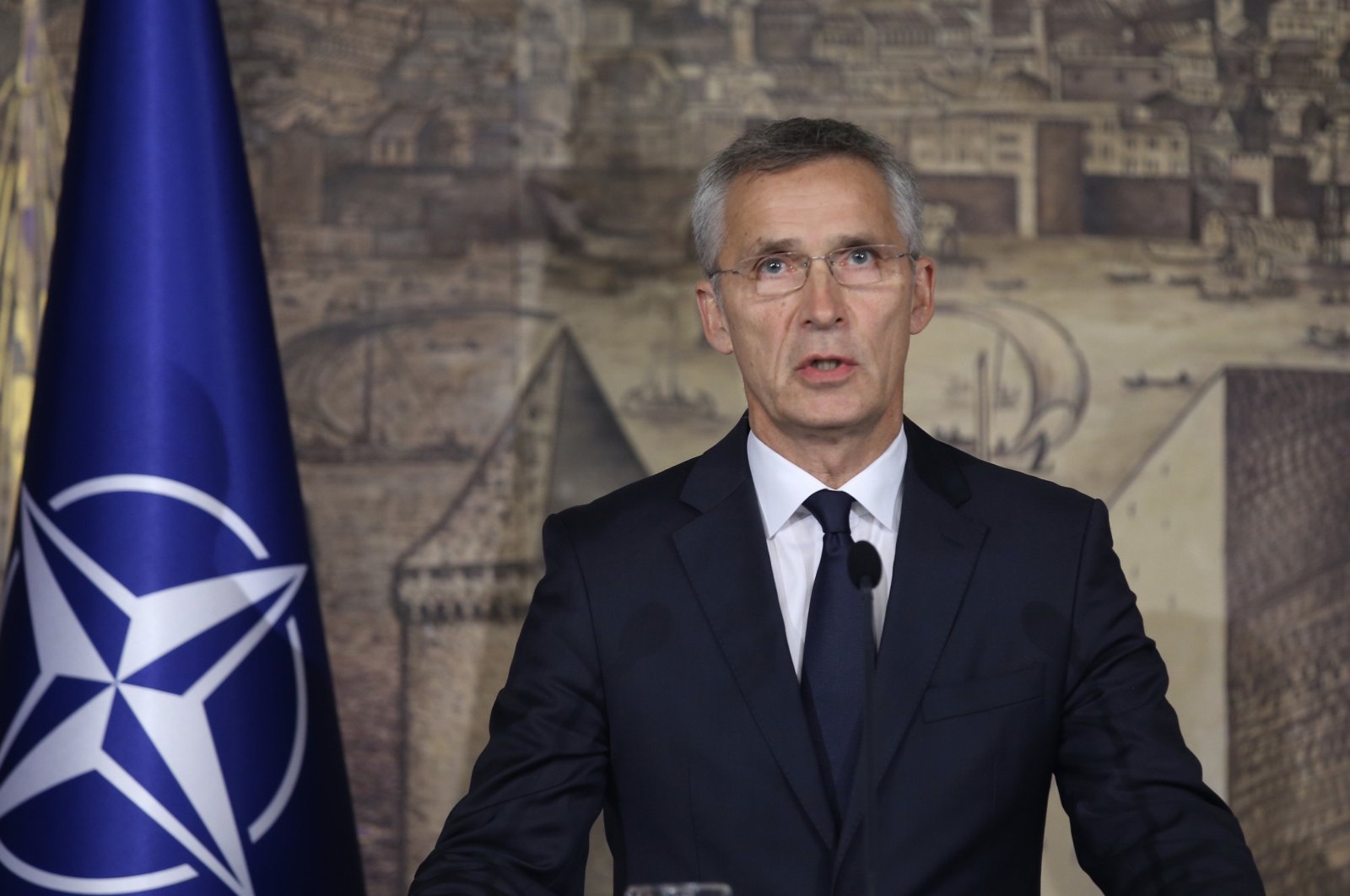 Speaking at a joint hearing of the European Parliament’s security and defense committees, Stoltenberg said that there is a “huge potential to further strengthen the cooperation” between the bloc and the military alliance.

Stoltenberg also urged members of the European Parliament to “push for more ambitious and practical” ways to work with the European Union and NATO, underlining that NATO is the cornerstone of Europe’s security.

Stoltenberg pointed out that “more than 90% of EU citizens live in countries that are NATO allies. At the same time, EU member states provide only 20% of NATO’s defense spending.”

“So, it is obvious that the strong trans-Atlantic bond in NATO remains the cornerstone of Europe’s security now and for the future,” the NATO chief told lawmakers.

In March 2016, Ankara and Brussels signed an agreement to reduce the number of migrants taking the dangerous Aegean Sea route to Europe and to find a solution for the influx of refugees heading to EU countries.

According to the deal, Turkey was promised a total of 6 billion euros ($6.77 billion) in financial aid, which was initially designed to be given to the country in two stages and to be used by the Turkish government to finance projects for Syrian refugees. Visa freedom for Turkish citizens was also a perk of the agreement. In addition, the customs union between Turkey and the EU was to be updated.

In exchange for these promises, Turkey took responsibility for discouraging migration through the Aegean Sea by taking stricter measures against human traffickers and improving the conditions of Syrian refugees living in Turkey. Despite significant developments controlling migration traffic, the EU has not fully delivered on its commitments stated in the deal.

Although the first stage of funding was provided to Turkey, the EU has yet to fulfill the second stage or other provisions such as establishing the visa-free deal for Turkish citizens and updating the customs union trade deal. Turkey currently hosts some 3.6 million Syrian refugees, more than any other country in the world, and has spent $40 billion through the process, according to official figures.

Recently, President Recep Tayyip Erdoğan criticized the EU for failing to fulfill its pledge to provide funding for migrants and refugees in Turkey as part of the 2016 migration pact while allocating billions of euros to Greece.

Ankara has also frequently voiced concerns that years have passed since the deal was made and that conditions have changed, requiring a new strategy to tackle the issue of irregular migration. The bloc’s foreign policy chief Josep Borrell confirmed Monday that the EU will request the renewal of the migration pact with Turkey.

Stoltenberg acknowledged the bloc’s concerns over some actions by member state Turkey but insisted the alliance was an important platform for resolving disputes involving Ankara.

“I have expressed my serious concerns and we all know there are serious differences and some issues, ranging from the Eastern Mediterranean, the Turkish decision to buy the Russian air defense system S-400 or related to democratic rights in Turkey,” Stoltenberg told lawmakers from the European Parliament.

Replying to a question on the dispute between Tukey and Greece over the Mediterranean, Stoltenberg said, “We are an alliance of 30 different powers with different political parties in government, with different history and geography; therefore there are differences.”

Stoltenberg went on to say that the military de-confliction mechanism that was established “helped pave the way for exploratory talks between Greece and Turkey on the underlying disputes of the Eastern Mediterranean.”

“But I believe NATO at least can provide an important platform for discussing these issues, raising these issues and having serious debates and discussions about different concerns.”

Following a series of technical meetings between the military delegations of Greece and Turkey at NATO headquarters in Brussels last year, a bilateral military de-confliction mechanism was established. The mechanism is designed to reduce the risk of incidents and accidents in the Eastern Mediterranean and includes the creation of a hotline between Greece and Turkey to facilitate de-confliction at sea or in the air.

Earlier this year, the two NATO allies also launched the first direct diplomatic contact in the form of exploratory talks in nearly five years to address their disputes related to sovereignty rights in the Eastern Mediterranean.

The two countries initiated exploratory talks to discuss the issues in the Eastern Mediterranean on March 12, 2002, in an effort to find a fair, sustainable and inclusive solution. Talks were regularly held up until 2016, but there have been none since then due to political speculation and the Greek side’s reluctance to sit down at the negotiating table. Bilateral discussions continued in the form of political consultations but did not return to the exploratory framework.​​​​​​

Turkey and EU member Greece have been at odds on several issues. Turkey, which has the longest continental coastline in the Eastern Mediterranean, has rejected maritime boundary claims made by Greece and the Greek Cypriot administration, stressing that these excessive claims violate the sovereign rights of both Turkey and the Turkish Republic of Northern Cyprus (TRNC).