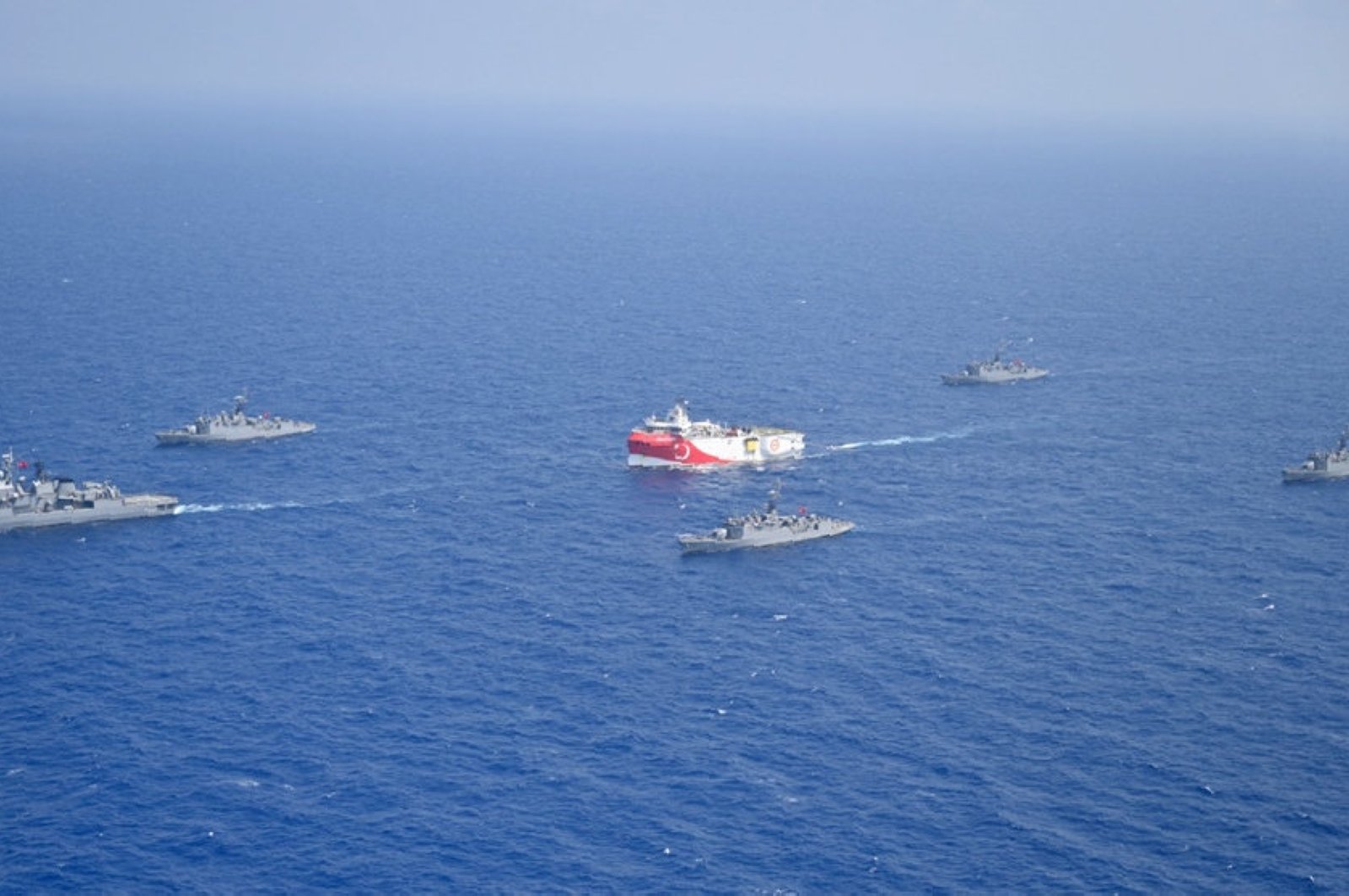 NATO members Greece and Turkey met in Athens Tuesday to try once more to settle their standoff over Eastern Mediterranean borders and energy rights.

The meeting follows one in Istanbul in January, the first direct talks between the two sides on the dispute in nearly five years, and which happened only after pressure from the EU.

But the discussion will also be the 62nd such meeting since 2000, a long series that so far has little to show for it.

Athens, so far, has only wanted to discuss the border around the Aegean, where some of its islands lie close to the Turkish mainland. Ankara, however, insists that the talks should include setting out the exclusive economic zones and air space of the two states.

Both sides cite a range of decades-old treaties and international agreements to support their conflicting territorial claims.

Hostilities flared last year when Ankara sent a research ship accompanied by a navy flotilla into waters near the Turkish coast that Greece asserts are theirs, a claim the EU supports.

The disputed waters are thought to be a possible source of natural gas reserves.

Turkey is furious that Athens is using its web of islands, such as Lesbos, Moria and Samos, to lay claim to huge swathes of the Aegean and Mediterranean seas.

Turkey, which has the longest continental coastline in the Eastern Mediterranean, has rejected maritime boundary claims by Greece and the Greek Cypriot administration and stressed that these excessive claims violate the sovereign rights of both Turkey and the Turkish Cypriots. Ankara has sent several drillships in recent months to explore for energy resources in the Eastern Mediterranean, asserting its rights in the region as well as those of the Turkish Republic of Northern Cyprus (TRNC). Turkish leaders have repeatedly stressed that Ankara is in favor of resolving all outstanding problems in the region through international law, good neighborly relations, dialogue and negotiations while calling on the U.S. to have a neutral stance on the issue.

Little has been released about the agenda for Tuesday’s talks, which will take place behind closed doors.

But Turkey knows that at a December EU summit, member states drew up a list of Turkish targets for sanctions over what it said had been Ankara’s “unilateral actions and provocations” in the Eastern Mediterranean.

A Greek diplomatic source told Agence French-Presse (AFP) the bloc’s March summit would return to the question. Greece is also counting on the support of U.S. President Joe Biden, the same source said.

In a videoconference with military officers, Turkey’s Defence Minister Hulusi Akar called on Athens to abandon its “uncompromising and provocative attitudes.”

He denounced what he said were Greece’s efforts to drag the EU and the United States into what was essentially a bilateral dispute.

“They will not get anywhere like this,” he said.

Tensions also escalated on Monday as Ankara issued a diplomatic note to Israel, Greece and the European Union, Turkish media reported. It told them to seek its permission before assuming work on a proposed undersea power cable in the disputed Eastern Mediterranean waters, Turkish state media reported Monday.

Meanwhile, while Greece expects the U.S. to pledge support to its cause, the Turkish and American militaries are expected to hold a drill in the Eastern Mediterranean.