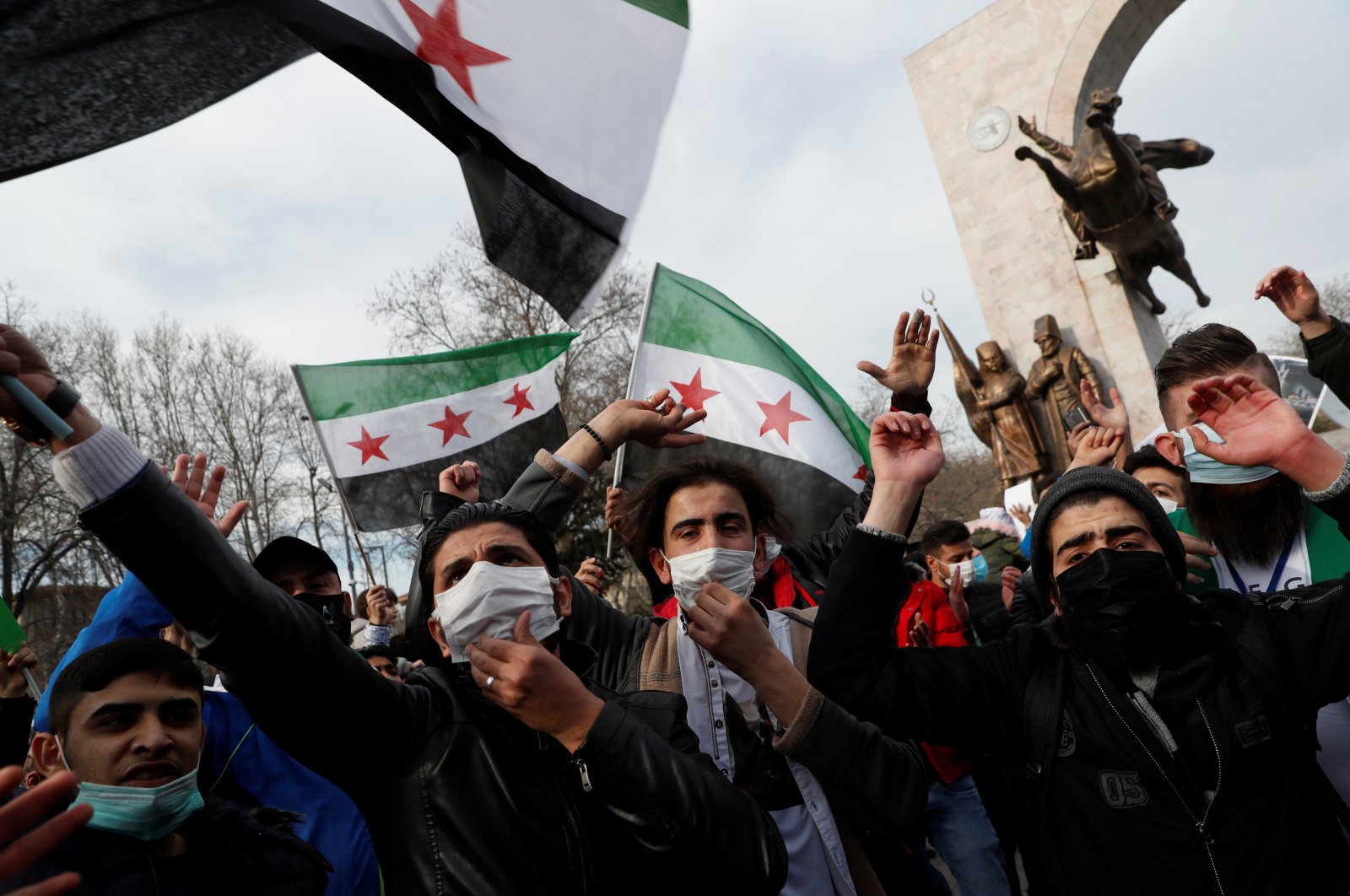 In a virtual press conference, Geir Pedersen reaffirmed his call for a nationwide cease-fire in Syria and said the situation in the northwestern Idlib region has been “relatively calm” for over a year.

Responding to a question on possible international support to Turkey in hosting Syrian migrants, Pedersen hailed the country’s efforts.

“We all appreciate and understand the importance of Turkey when it comes to hosting Syrian refugees, and I know that the U.N. family has expressed its appreciation to Turkey for what it is doing,” he said.

Pedersen said that at the end of this month, there will be a conference on humanitarian aid to Syria in Brussels, adding it would discuss aid to migrants in Turkey.

Syrians are marking 10 years since peaceful protests against Bashar Assad’s regime erupted in March 2011, touching off a popular uprising that quickly turned into a full-blown civil war.

Despite a decade of fighting and a broken country, Assad remains firmly in power. Syria is economically devastated and divided into several parts.

The conflict has killed around half a million people and displaced half of Syria’s pre-war population of 23 million, including more than 5 million who are refugees, mostly in neighboring countries.

Nearly 4 million Syrians are living in neighboring Turkey, more than any other country in the world.

In an opinion piece titled “The West should help Turkey end Syria’s Civil War” penned for Bloomberg to mark the 10th anniversary of the Syrian civil war, President Recep Tayyip Erdoğan on Monday stated that reestablishing peace and stability in Syria depends on Western support to Ankara.

Syria is a “living nightmare” where about half the children have never lived a day without war, U.N. Secretary-General Antonio Guterres also said last week to mark the 10th anniversary of the conflict. A record 12.4 million Syrians – nearly 60% of the population – are now food insecure, the U.N. World Food Programme recently reported. Although Turkish institutions, the U.N. and international humanitarian organizations continue their efforts to provide humanitarian aid, there are still thousands more who need urgent assistance from the international community.

The head of one of the major Turkish aid agencies met Monday with Syrian children living in Istanbul.

Kerem Kınık, head of the Turkish Red Crescent (Kızılay), visited the children in their classroom at the Sancaktepe Community Center.

Kınık also played and sang songs with the children during his brief visit.

“Today, we can talk about more than 1 million babies born outside their homes as refugees, born and raised without seeing their country,” he said, speaking to reporters.

“Unfortunately, we see that despite all efforts, the international system has not been able to establish peace, and unfortunately, there is still no light at the end of the tunnel,” he added.

According to Kınık, the Syrian crisis should be reviewed by focusing on the establishment of peace with policies on protecting people, human rights and dignity.

Kızılay has been working for 10 years to help meet the needs of the Syrian people.