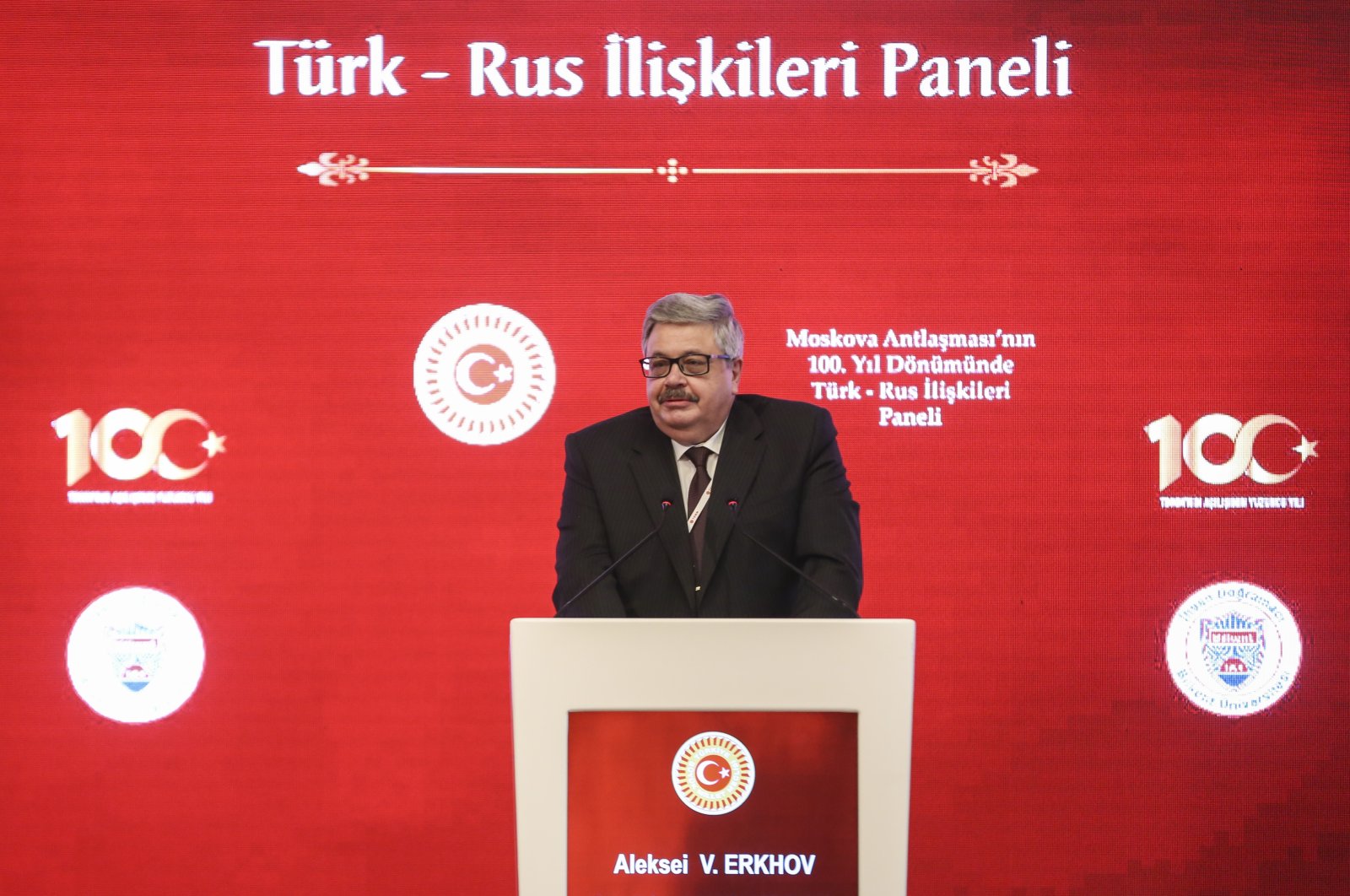 Cooperation between Turkey and Russia will continue in a way that will contribute to regional peace, stability and prosperity as well as bilateral relations, the Turkish foreign ministry stated on Tuesday, commemorating the 100th anniversary of the “Friendship and Fraternity Treaty” signed on March 16, 1921.

“This document, referred as the ‘Moscow Treaty’ in our common history, has an important place in Turkish-Russian relations,” the ministry said in a written statement. “The treaty, which was signed one year after the establishment of diplomatic relations between the two countries, not only carries political significance under the circumstances of the period, but has also produced legal consequences that remain valid today.”

Saying that it was the first treaty signed between the Government of the Grand National Assembly of Turkey (TBMM) and the Russian Soviet Federative Socialist Republic, the ministry added that the agreement, “while defining the eastern borders of our young republic, has also served as a basis for the solidarity and cooperation with Soviet Russia in the period after World War I.”

It stated that both countries will continue their dialogue and cooperation at the bilateral and regional levels.

Today, the relationship between the two countries is one of the major axes of Turkey’s multidimensional foreign policy.

Although Turkey and Russia have different views on regional and international issues, relations have continued due to dialogue between their presidents.

While economic and commercial relations continue to be the driving force of relations, developments in energy, the defense industry and tourism have recently surged.

“Russia is not only our neighbor but also our friend and cooperation partner on the way to the future. What we have accomplished in the last 18 years is proof of this,” Parliament Speaker Mustafa Şentop had stated a day before at the centennial anniversary panel of the Treaty of Brotherhood, also known as the Treaty of Moscow.

Turkey and Russia should be partners that implement “common sense” in their relations, Şentop said.

“The best way to achieve this is to have reasonable expectations” and to tackle the issues with sincerity, he noted.

Şentop added: “It’s not possible for any country to take the road to a prosperous future alone. Turkey and Russia are on the right track in this sense.”