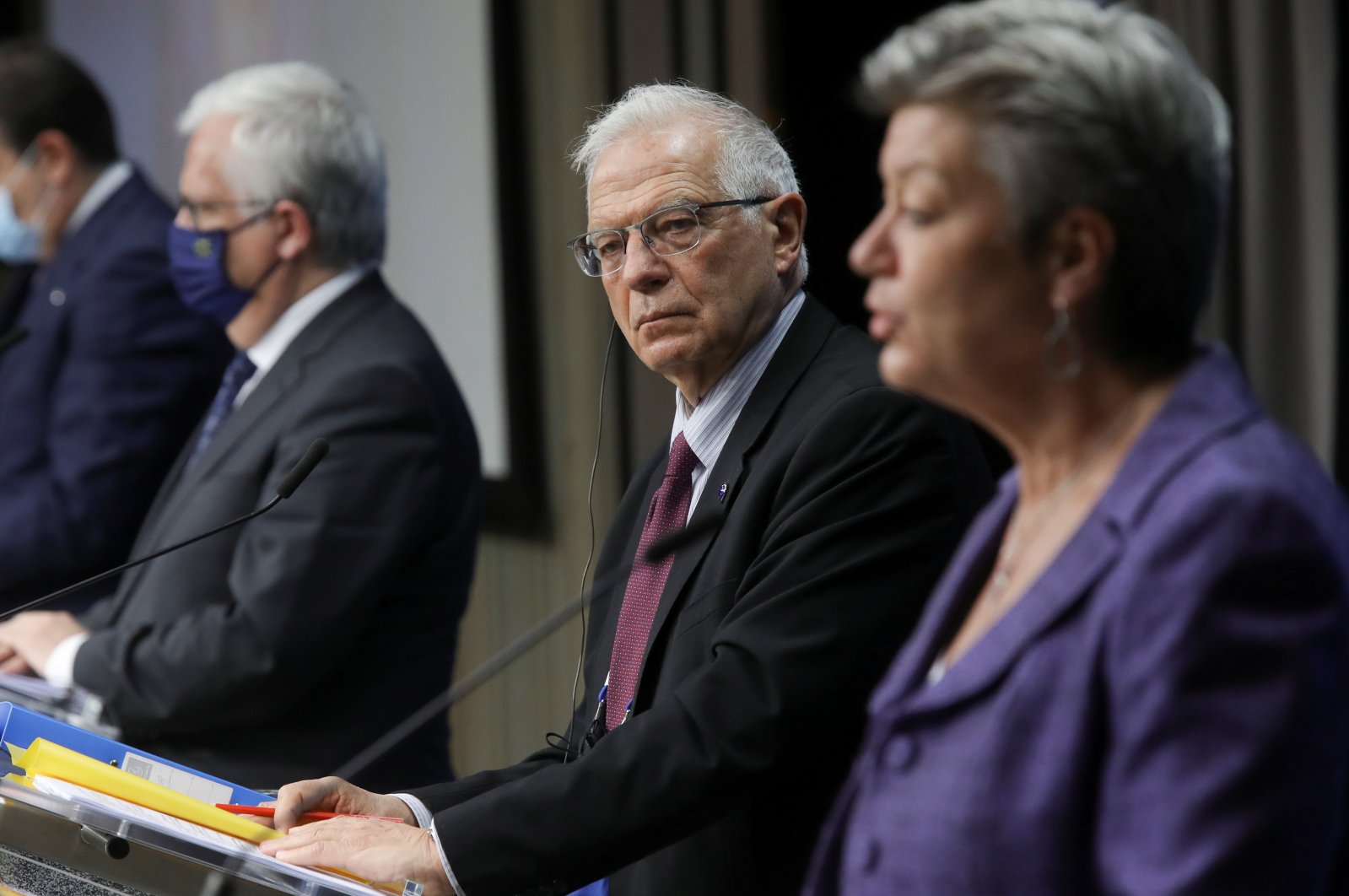 The European Union will request the renewal of the migration pact with Turkey, the bloc’s foreign policy chief Josep Borrell said Monday.

Speaking to reporters following an unofficial meeting with EU foreign and interior ministers in Brussels, Borrell said the migration deal with Turkey was still effective and that it needs to be sustained in the future.

Noting that the agreement needs to serve as the main framework in terms of the EU’s relations with Turkey on cooperation and migration, Borrell said he wants both sides to strive under the scope of the agreement.

“It had been criticized but the agreement led to concrete results,” Borrell said, adding that the number of people losing their lives has dramatically decreased and it has also reduced irregular crossings into Europe.

Borrell also noted that Syrians living in Turkey still need assistance and that the EU leaders, who are planning to hold a meeting to review relations with Ankara, will take into consideration the migration pact when doing so.

“The prevention of irregular migration and the loss of life and supporting Turkey due to its burden is a part of our common interests,” he said, adding that the agreement will be discussed among EU member-states and they would also hold talks with Turkish officials to renew it later on.

The EU Commissioner for Home Affairs, Ylva Johansson also said they are in favor of maintaining the migration pact, as she noted that some refugees in Turkey would be relocated to EU countries and Turkey would then accept other refugees from Greek islands. However, the Swedish politician said things did not go as planned due to the COVID-19 pandemic.

Around 2,500 to 3,000 refugees have been relocated to EU countries since August, Johansson said.

In March 2016, the EU and Turkey reached an agreement to stop irregular migration through the Aegean Sea, and improve the conditions of more than 3 million Syrian refugees in Turkey.

The deal has been successful in stemming the flow of migrants and refugees, but the EU’s reluctance to take in refugees from Turkey, and bureaucratic hurdles in transferring promised funds for refugees, have led to sharp criticism from Turkish politicians.

Recently, President Recep Tayyip Erdoğan criticized the European Union for failing to fulfill its pledge to provide funding for migrants and refugees in Turkey as part of the 2016 migration pact while allocating billions of euros to Greece.

“The EU granted Greece 3 billion euros of support for 100,000 migrants, but it has made no such move for the 4 million migrants in Turkey,” Erdoğan said last month.

The EU had pledged 6 billion euros ($6.5 billion) of aid for the refugees, but so far transferred less than half of that, according to Ankara.

Turkish politicians also criticized its European partners for not fully implementing the 2016 agreement and backing away from their political commitments, including visa liberalization for Turkish citizens traveling to Europe, opening new chapters in the accession process, and negotiations on upgrading the EU-Turkey Customs Union.