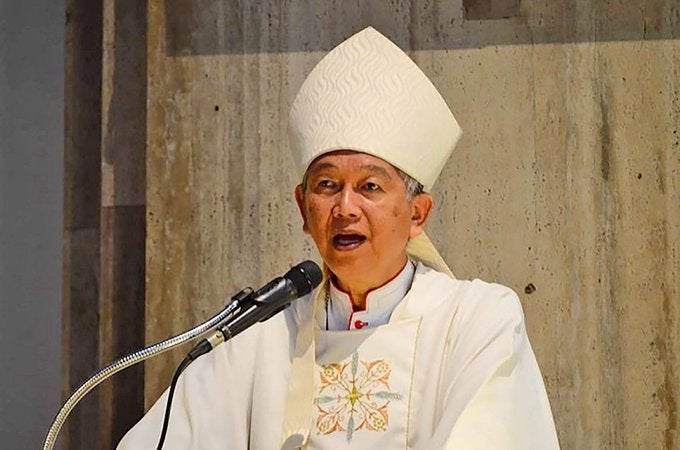 MANILA, Philippines — The Archdiocese of Manila will hold religious services with 10 percent of its churches’ capacity starting Wednesday, March 24, in defiance of guidelines of the national government prohibiting mass gatherings during the general community quarantine (GCQ) in Metro Manila and nearby provinces.

In his pastoral instruction on Tuesday, Bishop Broderick Pabillo, apostolic administrator of the Manila archdiocese, said they will not hold religious activities outside its churches during the observance of the Holy Week.

“But within our churches starting March 24, we will have our religious worship within 10% of our maximum church capacity. Let the worshippers be spread apart within our churches, using the health protocols that we have been so consistently implementing,” he said.

The Archdiocese of Manila covers the cities of Manila, Pasay, Makati, Mandaluyong and San Juan.

In an interview with church-run Radyo Veritas, Pabillo said the Inter-Agency Task Force for the Management of Emerging Infectious Diseases did not consult the Catholic church in prohibiting religious gatherings during the implementation of GCQ in Metro Manila, Bulacan, Laguna, Rizal, and Cavite from March 22 to April 4.

He said this rule also violates the separation of the church and state.

(They are wrong and we should not follow guidelines that were not consulted to us. It somehow breaks the separation of the church and state. They are the ones violating this separation. They deny this separation, which provides that the state cannot prohibit religious activities within their own ambient.)

He added that the archdiocese will continue with its online church activities but will welcome Catholic faithful who would want to physically attend the services.