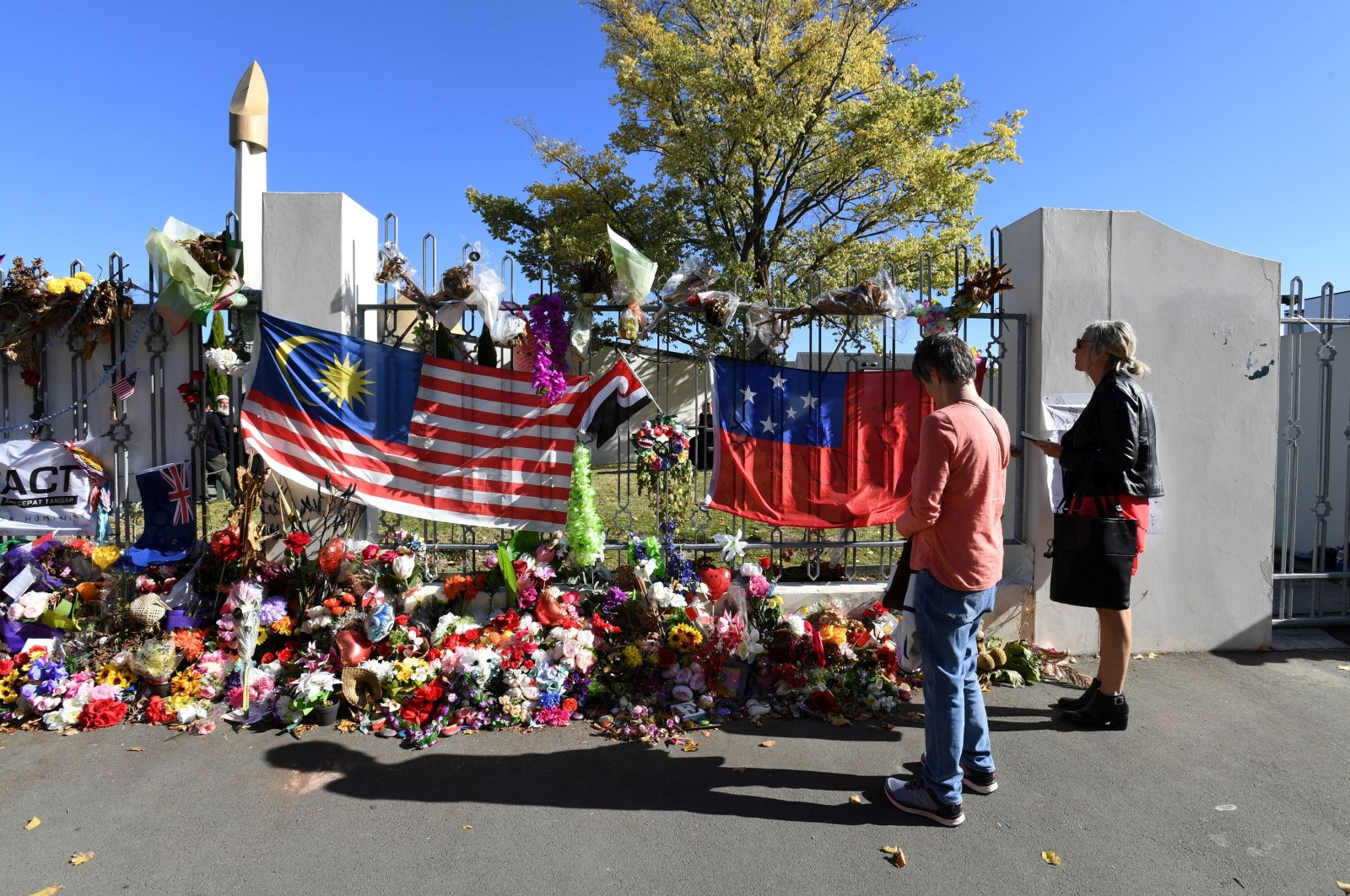 Commemorating the victims of the 2019 Christchurch terrorist attack in New Zealand, the Turkish Foreign Ministry said in a statement, “On the occasion of the second anniversary of the terrorist attack perpetrated in Christchurch, New Zealand on March 15, 2019, we commemorate with respect and mercy those 51 people who lost their lives, including one Turkish citizen.”

“Turkey plays a leading role in combatting Islamophobia and intolerance at international forums and supports the efforts of the Organisation of Islamic Cooperation (OIC) in this direction,” the statement added.

“To this end, the OIC Contact Group on Muslims in Europe was established upon Turkey’s initiative.”

Recalling Turkey’s efforts following the attack, “the open-ended emergency meeting of the OIC Executive Committee was held on March 22, 2019, in Istanbul at the level of foreign ministers upon Turkey’s request, in her capacity as the then-OIC Summit chair,” said the statement, noting, “On that occasion, a call was made for raising international awareness on combatting Islamophobia.”

“Within this understanding, a resolution was adopted at the OIC 47th Council of Foreign Ministers held in Niamey, Nov. 27-28, 2020 to designate March 15 as the ‘International Day to Combat Islamophobia,'” the statement added.

According to the ministry, a high-level virtual event will be held on the initiative of the OIC Group at the United Nations on March 17, 2021, to raise international awareness on combatting Islamophobia.

Foreign Minister Mevlüt Çavuşoğlu will participate in this event with a video message, the statement also said.

“Turkey’s active efforts and initiatives will continue with a view to keeping the fight against Islamophobia high on the agenda of international and regional organizations, in particular the U.N.,” it added.

“In addition, within the framework of a study initiated by our ministry, annual reports on the countries where anti-Islamic, xenophobic and racist acts and discourses take place will be prepared and shared with international public opinion,” according to the statement.

Çavuşoğlu also said on Twitter: “It has been two years since #Christchurch terror attack. I commemorate with mercy the Muslim brothers and sisters who perished in this massacre.”

“Launched International Day to Combat Islamophobia so 15 March is not forgotten. Should all continue together this fight resolutely,” he added.

New Zealand on Saturday marked the second anniversary of one of its most traumatic days when 51 worshippers were killed at two Christchurch mosques by a white supremacist terrorist.

Several hundred people gathered at the Christchurch Arena for the remembrance service, which was also livestreamed. A similar service planned for last year was canceled on short notice due to the sudden spread of the coronavirus.

In the March 15, 2019, attacks, Australian Brenton Tarrant killed 44 people at the Al Noor mosque during Friday prayers before driving to the Linwood mosque, where he killed seven more.

Last year Tarrant, 30, pleaded guilty to 51 counts of murder, 40 counts of attempted murder and one count of terrorism, He was sentenced to life in prison without the possibility of parole.

In its initial reaction, Turkey had welcomed the ruling by the New Zealand court sentencing, noting, “Turkey will continue to maintain its determined and principled stance against all types of discrimination.”

During the service, the names of each of the 51 people who were killed were read out. The efforts of first responders, including police and medics, were also acknowledged.

Prime Minister Jacinda Ardern told the crowd that when preparing her speech, she had been at a loss for what to say because words would never change what happened.

“But while words cannot perform miracles, they do have the power to heal,” she said.

Ardern, who was widely praised for the compassion shown to survivors and the families of the victims of the shooting and her swift move to tighten firearms control in New Zealand, said the Muslim community had experienced hatred and racism even before the attacks and words should be used for change.

New Zealand has “a duty” to support its Muslim community, Ardern stressed.

“There will be an unquestionable legacy from March 15,” Ardern said. “Much of it will be heartbreaking. But it is never too early or too late for the legacy to be a more inclusive nation.”

The Muslim community in New Zealand on Monday also marked the second anniversary of the deadly terrorist attack. A special prayer ceremony was held at Al Noor Mosque in Christchurch, attended by hundreds of people, including local officials, according to state-run Radio New Zealand (RNZ).

“Today I feel sad and peaceful at the same time, sad for those who have left us but grateful that we can all come together again to remember our loved ones and friends,” the RNZ quoted mosque prayer-leader Gamal Fouda as saying at the gathering.

Christchurch Mayor Lianne Dalziel also attended the ceremony. Speaking at the occasion, she said she has been close to the Muslim community through her history as an immigration minister and a mayor who presided over citizenship ceremonies in the country.

“I know some of the families personally, so it’s been difficult coming to terms with what’s happened,” she said.

“Some of them came here as refugees and the essence of refugee status is offering people a level of protection they can’t get in their own country but we couldn’t protect them from the behavior of an extremist, someone who was motivated to carry out a terrorist attack on innocent people as they were praying,” she added.

The OIC on Monday said in a statement on Twitter: “OIC Secretary-General Dr. Yousef Al Othaimeen pays tribute to the fallen martyrs and renews the OIC’s deep sympathy and solidarity with the families of the victims.”

Condemning terrorism in all its forms and manifestations, the OIC steadfastly rejected any policies, statements, and practices that link Islam with terrorism.

“Islamophobia as a contemporary form of racism and religious discrimination is on the rise in many parts of the world,” the pan-Muslim bloc said.

Al Othaimeen reiterated the OIC’s call to the U.N. and other international and regional organizations to mark March 15 of each year as an international day to combat Islamophobia.

Pakistan on Monday joined the OIC member states to observe for the first time the “International Day to Combat Islamophobia,” its foreign ministry said.

In a statement, the ministry said the OIC’s unanimous support for the designation of this day is a reflection of the sentiments of billions of Muslims around the world.

“Today, joins members of the OIC in observing for the first time the ‘International Day to Combat Islamophobia.’ Marking this occasion, the OIC Group will hold a High-Level Event in New York on 17 March 2021,” it said.