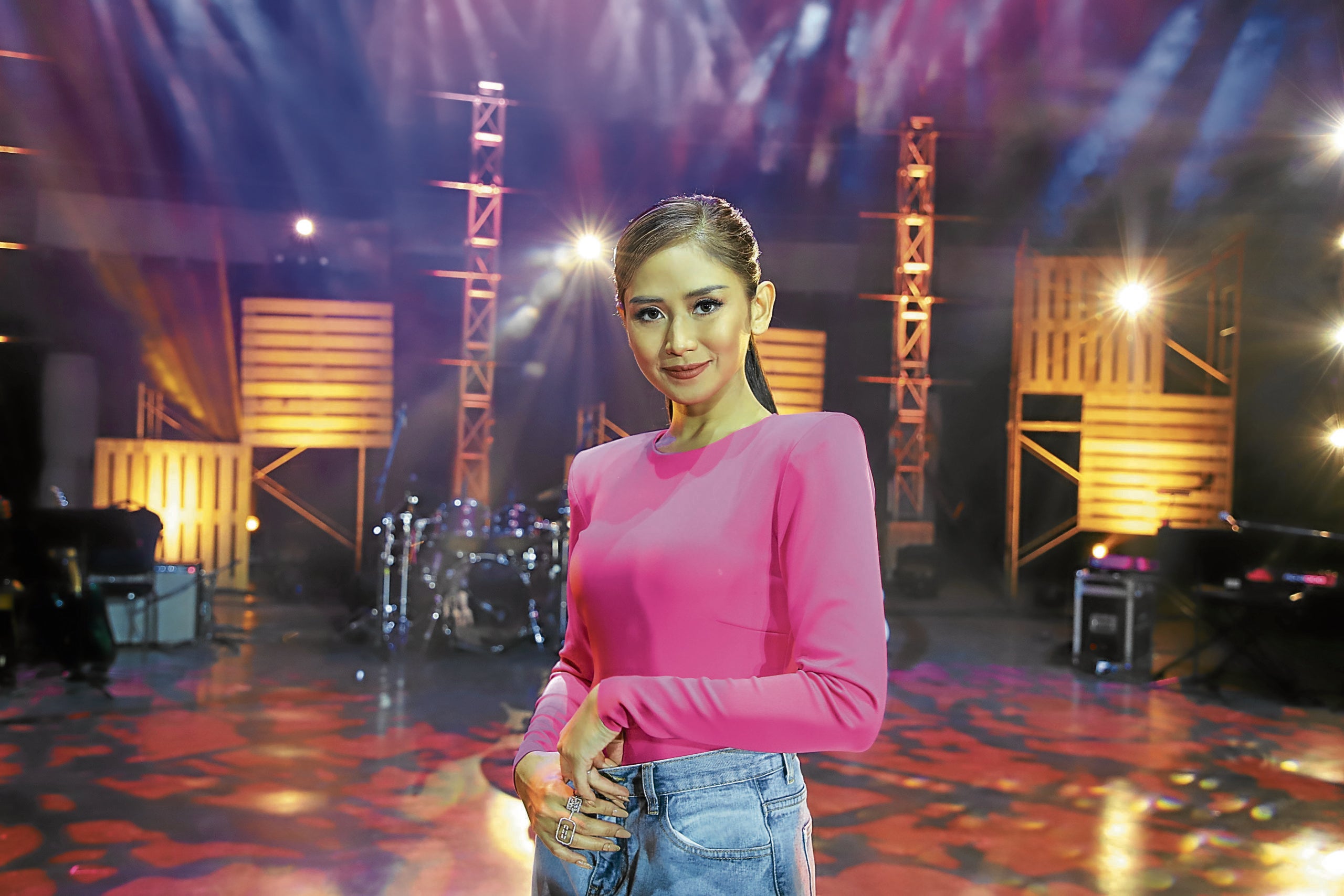 In Sarah Geronimo’s upcoming digital film concert, “Tala,” the spotlights will shine not only on what happens onstage, but behind it as well.

All too often, what people see is the whole picture—the striking costumes, the frenetic visuals, the fiery choreographies and the meticulously curated and arranged set lists. This time, the pop star wants to show every stroke that goes into it. “I will be taking you through the whole journey of the show—how it materialized. The audience will be with us during the entire creative and production processes,” Sarah told the Inquirer in a recent e-mail interview for the concert, which will be streamed on KTX.ph, iWantTFC and Sky Pay-Per-View on March 27.

Work started in September last year with director Paul Basinillo, one of Sarah’s longtime creative collaborators, at the helm. Unlike most online shows whose focus is purely on the live performances, “Tala: The Film Concert” has a narrative and was shot like a documentary; and its production numbers, like music videos.

Named after one of Sarah’s signature and biggest singles, “Tala” was choreographed by G-Force’s Georcelle Dapat-Sy and with musical direction by Louie Ocampo. The set design and stage lights, meanwhile, are by Enzo Pizzaro and Shakira Villa-Symes, respectively.

“I felt that it would be nice to show the people how a concert is put together. I want my audience to feel that we’re all connected and one,” she said. “This is also my way of saying thank you to the fans who supported the song ‘Tala.’”

And this concept couldn’t be more fitting at this point in Sarah’s career. She’s no longer a mere performer who does what she’s told. The past couple of years saw the 32-year-old singer getting more assertive and hands-on when it comes to her artistry and output.

Louie noted that Sarah’s taste in music has been maturing, and that she’s “opening and embracing a different side of her.” She was also once described by Paul as a collaborative artist who wouldn’t repeat something she had already done before. And if she were to perform her classics, she makes sure that it’s given a different treatment.

For instance, Sarah was completely in charge of the repertoire, which features 18 songs, including reworked versions of her originals like “Ikot-Ikot,” “Kilometro,” “Dulo” and the titular “Tala,” as well as hit songs by other music acts like Rico Blanco’s “Your Universe.”

“The show will also be like a storytelling of my life and career,” Sarah related. “It’s very personal and relatable, I would say.”

Most of the scenes were shot at Araneta Coliseum, where most of Sarah’s major concerts like “Perfect 10” and “From the Top” were held. This was done in hopes of evoking a sense of familiarity or nostalgia among the viewers, especially now that mass gatherings are still prohibited, because of the COVID-19 pandemic.

“Somehow, this show is very personal to me and I feel I will be able to connect even more with my fans, even though we’re not with each other physically,” she said.

For Sarah, the absence of a live crowd had its pros and cons. Knowing that there weren’t scrutinizing eyes watching her took off some of her nervousness while preparing for the concert. She had more time to train. But on the other hand, that very audience was also an indispensable source of energy and inspiration.

“The process and preparations were similar [to that of my past shows], but things were more relaxed here, because it’s not a live concert with a live audience,” she pointed out. “One big challenge for me is doing it without people. But I also enjoyed doing it because I got to be more hands-on with the execution and presentation.”

What did Sarah think about while performing with no one else but the production crew? “My music … my love for music. And my love for my family,” she said.

And if there was one lesson Sarah learned from this new experience, it would be this: “Anything and everything can be done as long as everyone is united and passionate.”