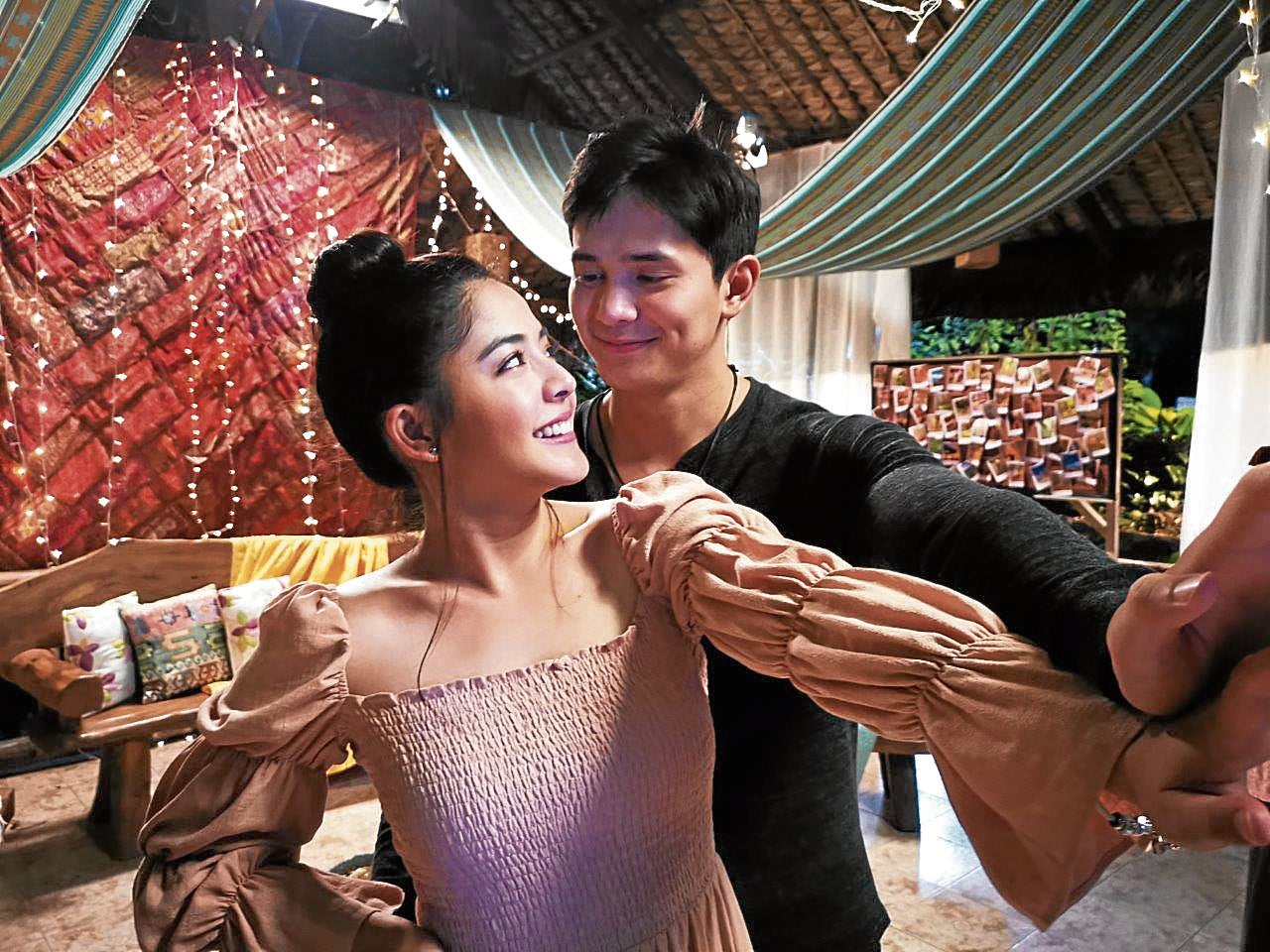 In local show biz, the success of a love team can, to some extent, depend on whether the actors’ onscreen romance can translate to real life. The likelier the actors could end up together, the more invested the fans become.

That’s out of the question for Ruru Madrid and Shaira Diaz, who are set to headline two upcoming shows on GMA 7. Ruru is dating fellow Kapuso star Bianca Umali. Shaira, on the other hand, is in an eight-year relationship with actor Edgar Allan “EA” Guzman. Still, they believe that they can make the partnership work.

“Viewers have become more mature now. They can move forward with their idols if ever they’re paired with another actor,” Shaira told the Inquirer in a video conference for “On My Way to You,” the first installment of drama anthology “I Can See You” Season 2.

“I believe we can make this work even if we have our respective relationships,” she added. “We can build on the tandem as long as we’re committed.”

Ruru echoed Shaira’s thoughts, saying that people are no longer as hung up on love teams becoming actual couples.

“Hindi na uso ’yun. People are more aware now that what we do is just work and that our goal as actors is to entertain people,” he said. “There are a lot of actors who started out with this or that love team and still find success, after they transition into a different team-up.”

Although they have already known each other for a while, Ruru and Shaira didn’t expect they’d end up working together. After “On My Way to You,” the two will star in a full-length, action-adventure series titled “Lolong.”

“We used to see each other, because her boyfriend, EA (Guzman), is my friend. But now we’re able to know each other better,” said Ruru, who described Shaira as “professional” and “kalog.” “She’s a natural comedian and is fun to be with.”

Shaira, meanwhile, appreciates the way Ruru supports her in their locked-in taping.

“The work can be hard. Scenes had to be shot one after another, because of the setup. But Ruru is so energetic and his vibe rubs off on me. That helps me get through the day. Otherwise, I would have had a hard time,” the 25-year-old actress said.

“It’s also good that we now have a foundation which will help prepare us in our future projects. We now have a better idea of each other’s working habits.”

In “On My Way to You,” which airs weeknights starting yesterday, Shaira plays Raki, a wedding planner who runs away from her groom-to-be, Albert (Gil Cuerva), as she’s walking down the aisle. Someone catches the moment on video, which then becomes viral.

Raki flees to a faraway mountain lodge to get away from the bashing. And there she meets Jerrick (Ruru), who, coincidentally, was jilted by his to-be wife at the altar.

“As a woman you want to be sure of your emotions. I want to take the viewers on a journey with the character as she grows and overcome insecurities, so she can finally face her issues. I want them to know the reason she did what she did,” Shaira said.

“It must be tough for the character, because he still has the trauma of being left. And then, eventually, he finds out that the girl who made his heart beat once again, also ran away from her wedding. That’s painful. Even though you don’t know what really happened on her side, you still find it hard to trust,” she added.

Asked what her thoughts about marriage is, Shaira said it’s something she considers “sacred”; something she won’t enter unless she’s fully ready.

“I still have a lot of goals and dreams I want to accomplish, and I don’t want to leave those hanging. I want to be really sure. It’s not something you do in haste or out of peer pressure,” Shaira said, adding that while she and EA have discussed marriage, they feel that they still have a long way to go.

“We have been together for so long and have experienced a lot. But I think malayo pa ’yun. I want to resume my studies, which I’m vocal about. I also want to save enough money for me and family,” she said.

Acting remains Ruru’s main priority. But while marriage is something that has yet to cross the 23-year-old GMA 7 star’s mind, he let on that he’s feeling “inspired.”

“Like Shaira, I feel there’s still a lot to achieve. Once I have settled those, that’s when I’ll think about it. I don’t want to do anything I’m not sure about,” he said. “But I feel happy right now. Things have been falling into place. And you always need that inspiration to work harder and do better.”