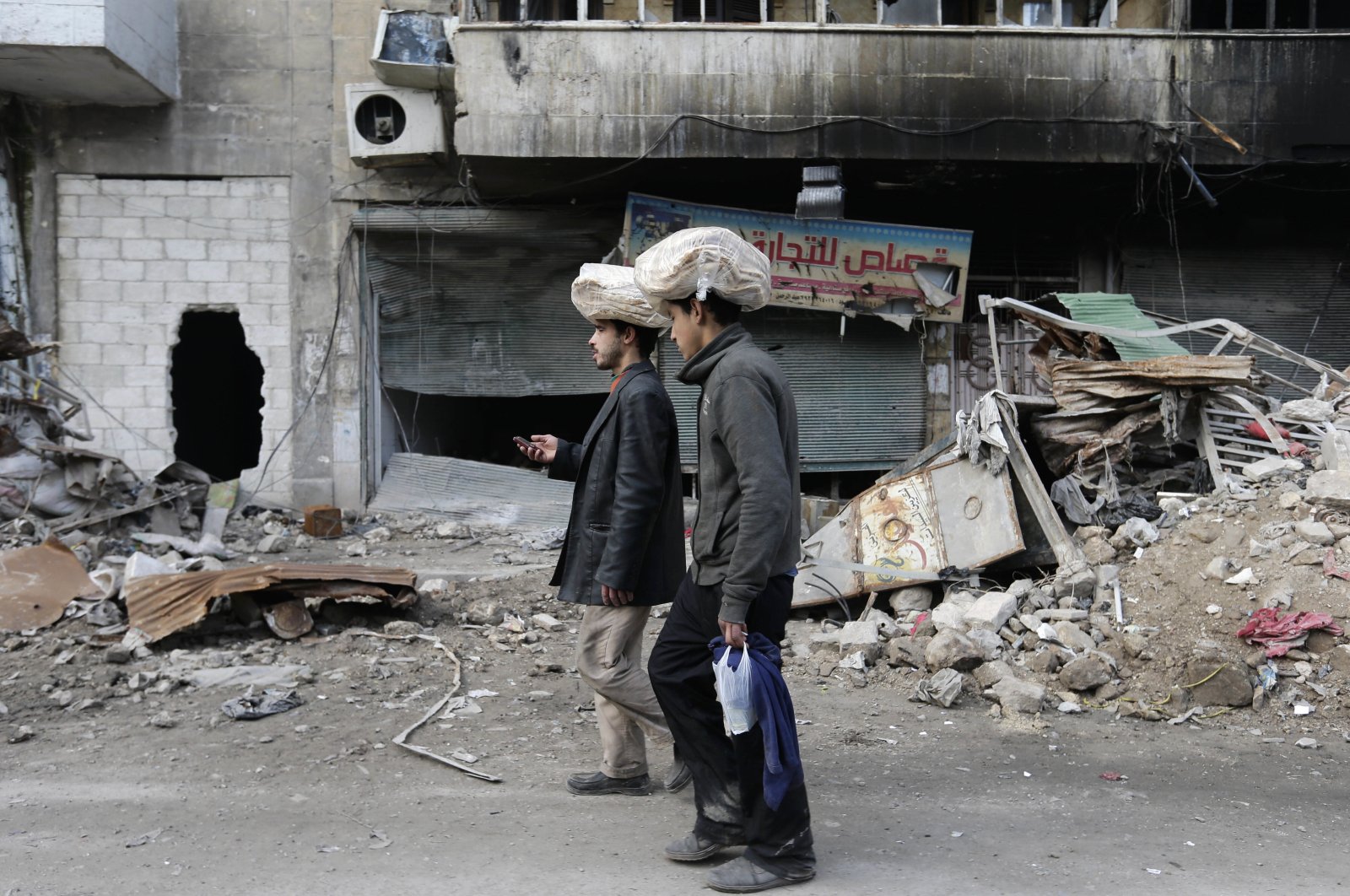 In an opinion piece titled “The West should help Turkey end Syria’s Civil War” penned for Bloomberg to mark the 10th anniversary of the Syrian civil war, Erdoğan said that the Turkish nation believes the building of a political system capable of representing all Syrians to be essential for the restoration of peace and stability.

Underlining that Turkey rejects all plans that do not meet the most basic demands of the Syrian people, he emphasized that such options would only deepen the crisis.

“A peaceful and permanent solution is not possible unless Syria’s territorial integrity and political unity are respected,” the president said.

He stated that the fact that Turkey ensures the safety of certain areas in Syria is proof of Ankara’s commitment to the future of the war-torn country.

“These areas have become islands of peace and stability, as well as self-sustaining ecosystems. We have implemented basic programs to establish and train law enforcement; improve civilian infrastructure, including power and drinking water; and reopened schools and hospitals,” said Erdoğan.

He went on to say that Ankara created safe zones in areas liberated from terrorist organizations, “patiently and decisively” to create “new hope” in Syria.

“ taking all these measures, Turkey has sheltered Europe from irregular migration and terrorism and secured NATO’s southeastern border. Our actions, which reflect our values, support our claim that Turkey is the hope of oppressed peoples, the guardian of innocents, and the key to a solution,” Erdoğan noted.

Since 2016, Turkey launched a trio of successful anti-terror operations across its border in northern Syria to prevent the formation of a terror corridor and enable the peaceful settlement of residents: Euphrates Shield (2016), Olive Branch (2018), and Peace Spring (2019).

The president stressed that the Western world has three options on the Syrian crisis: The first is “to watch from the sidelines as more innocent people lose their lives in Syria,” while the second is “to take the military, economic and diplomatic measures necessary to develop a lasting solution.”

The third one, he said, being the “most sensible option,” is supporting Turkey and becoming part of the solution in Syria “at minimum cost and with maximum impact.”

Erdoğan added that Turkey specifically expects the West to clearly stand against the PKK terror group’s Syrian branch YPG, which “plays into the hands of the Assad regime” and attacks safe zones where millions of displaced Syrian live.

“Moreover, we call on the Western nations to live up to their responsibilities to end the humanitarian crisis, as failure to share Turkey’s burden may result in fresh waves of migration towards Europe,” he added.

The president also called on the Western world to “invest” in safe zones within Syria and endorse the peace project, saying: “We must show the world that there is a democratic and prosperous alternative for Syria’s future.”

“Turkey proved that it is the only country that can do what’s necessary in Syria by leading humanitarian relief efforts, being on the front line against terrorist groups and actively participating in diplomatic processes,” Erdoğan also said.

He also called on the Joe Biden-led U.S. administration to keep its promises and work with Ankara to end the tragedy in Syria.

“The Joe Biden administration must stay true to its campaign pledges and work with us to end the tragedy in Syria and to defend democracy,” Erdoğan said, adding that the Turkish people are ready to support any initiative that will serve the interests of our Syrian neighbors.

“On the 10th anniversary of the Syrian uprising, we should remember the hundreds of thousands of people killed and tortured, and the millions displaced – all because they demanded democracy, liberty and human rights,” he noted.

Syrians are marking 10 years since peaceful protests against Bashar Assad’s regime erupted in March 2011, touching off a popular uprising that quickly turned into a full-blown civil war.

Despite a decade of fighting and a broken country, Assad remains firmly in power. Syria is economically devastated and divided into several parts.

The conflict has killed around half a million people and displaced half of Syria’s pre-war population of 23 million, including more than 5 million who are refugees, mostly in neighboring countries.

Nearly 4 million Syrians are living in neighboring Turkey, more than any other country in the world.