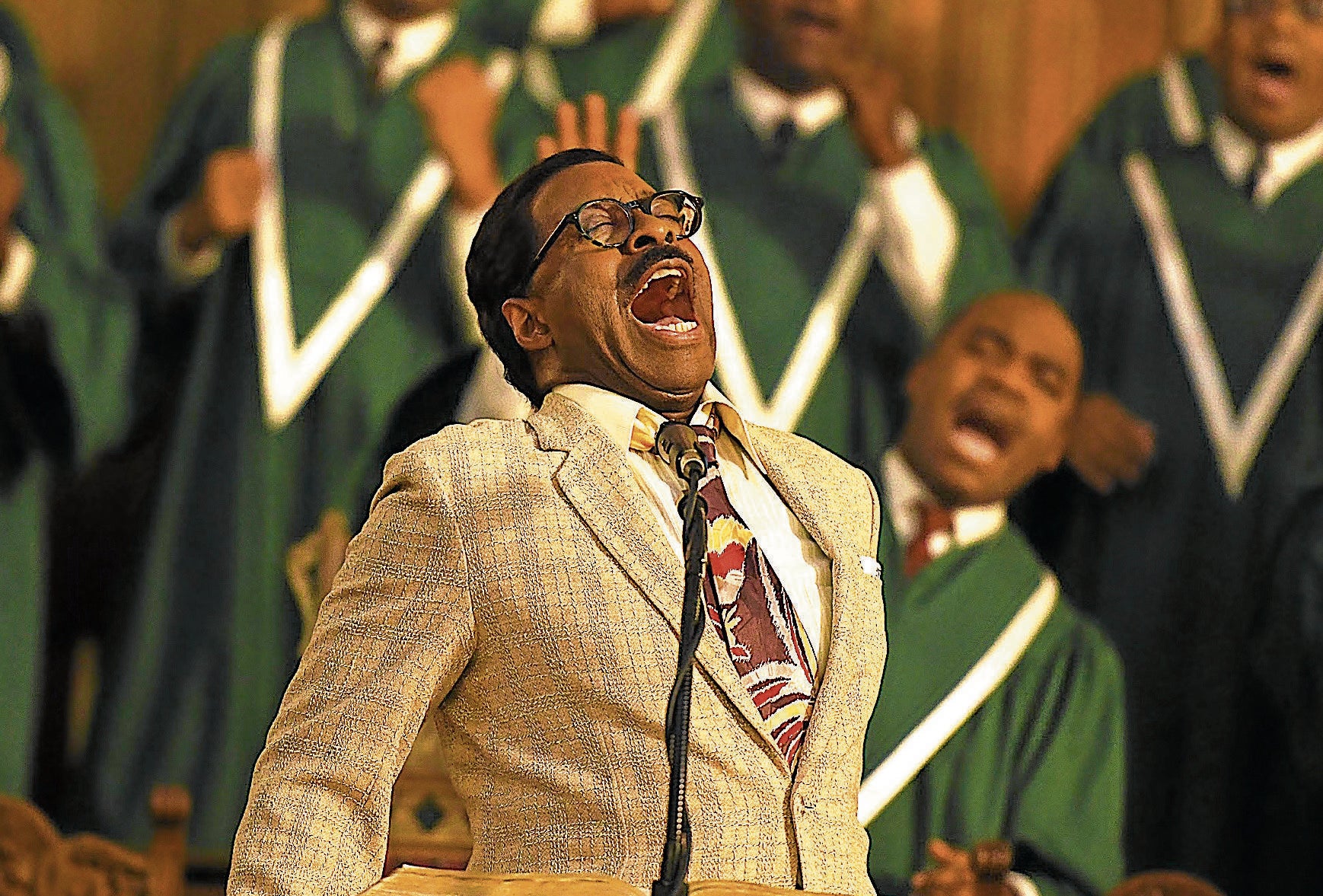 Courtney B. Vance as CL Franklin

For their participation in the TV series “Genius: Aretha,” the degree of difficulty was as high for Pulitzer-winning writer-showrunner Suzan-Lori Parks as it was for Harvard- and Yale-educated actor Courtney B. Vance, who portrays the Queen of Soul’s controversial preacher father CL Franklin.

To say the least, we were thrilled to speak to Courtney and Suzan-Lori, albeit virtually, for this Philippine exclusive, especially after watching the first four episodes of Season 3, which has an 85-percent approval rating on Rotten Tomatoes. In contrast, 2017’s “Genius: Einstein,” starring Geoffrey Rush, got 83 percent, while 2018’s “Genius: Picasso,” with Antonio Banderas in the title role, got only 57 percent.

The eight-part series, which began airing on National Geographic Channel yesterday until March 25, examines the private life and sensational career of Aretha Franklin (Cynthia Erivo).While it’s a particularly complex story to bring to life, the pandemic has made it doubly hard for the production team to finish what it set out to do, disclosed Suzan-Lori, who just happens to be the first African American woman to receive the Pulitzer Prize in Drama for the Broadway hit “Topdog/Underdog.”

Suzan got emotional when we asked her to walk us through the difficult process that followed after production was shut down early last year after wrapping up Episode 5 because of the COVID-19 pandemic.

“That’s a great question. Yeah, we had five in the can,” she admitted. “That was March 13, well over a year ago now. We were in a parking lot when I got a call from Courtney [Monroe], who’s the head of National Geographic [Global Television Networks]. 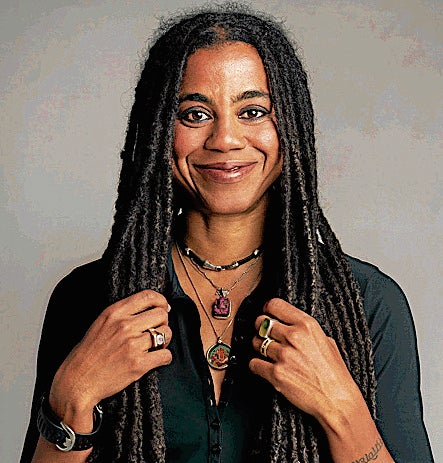 “She said, ‘SLP (that’s what they call me), we’re going to shut down.’ I remember getting ready for the day and I fell on my knees and cried, because we had been working … so hard (sobs softly). Then, she said, ‘Don’t worry, don’t worry … we’re going to come back! We love this show so much.’ But nothing was a sure thing.

“But that hiatus gave me an opportunity to rewrite parts of the scripts. the end of September, we came back and picked up where we left off—with Episode 6. And then, we had three more shutdowns, for safety—three more! Everybody on the set was tested every single day for COVID. For every person who tests positive, you lose a day or two. The third time we shut down, we lost five days because you have to take all the safety immersion protocols.

“So, overnight, I had to cut five or six production days out of the shooting schedule, because we had to wrap up by Thanksgiving. It was so hard (laughs)! But I had the best team in the world. I stayed up all night and rewrote the remaining scripts, saying, ‘OK, if I could cut this scene, will that make sense?’

“We had lavish party scenes, so I had to cut them all out and write a scene with only three people in it. Then, there was the music and dancing and Vegas—and there were songs to sing! But we pulled it off. We made it to the finish line!”

In the case of Courtney B. Vance, who is award-worthy as Aretha’s doting but egregiously womanizing father CL, his character’s morally complex personality was a thespic balancing act worth every dedicated actor’s time and effort.

CL was a man who loved his holy Sunday mornings as much as his sinful Saturday nights. But the actor said he didn’t take on the role to justify his character’s careless actions and bad decisions.

“We are who we are,” Courtney explained. “And we all know when we’re doing things that we know we shouldn’t be doing—but we justify it somehow. And when we’re caught, we go, ‘I’m as flawed a human being as we all are.’ I just had to serve the beauty of seeing the spirit in which they dealt with all of their woes as a family, and how they still remained the family. 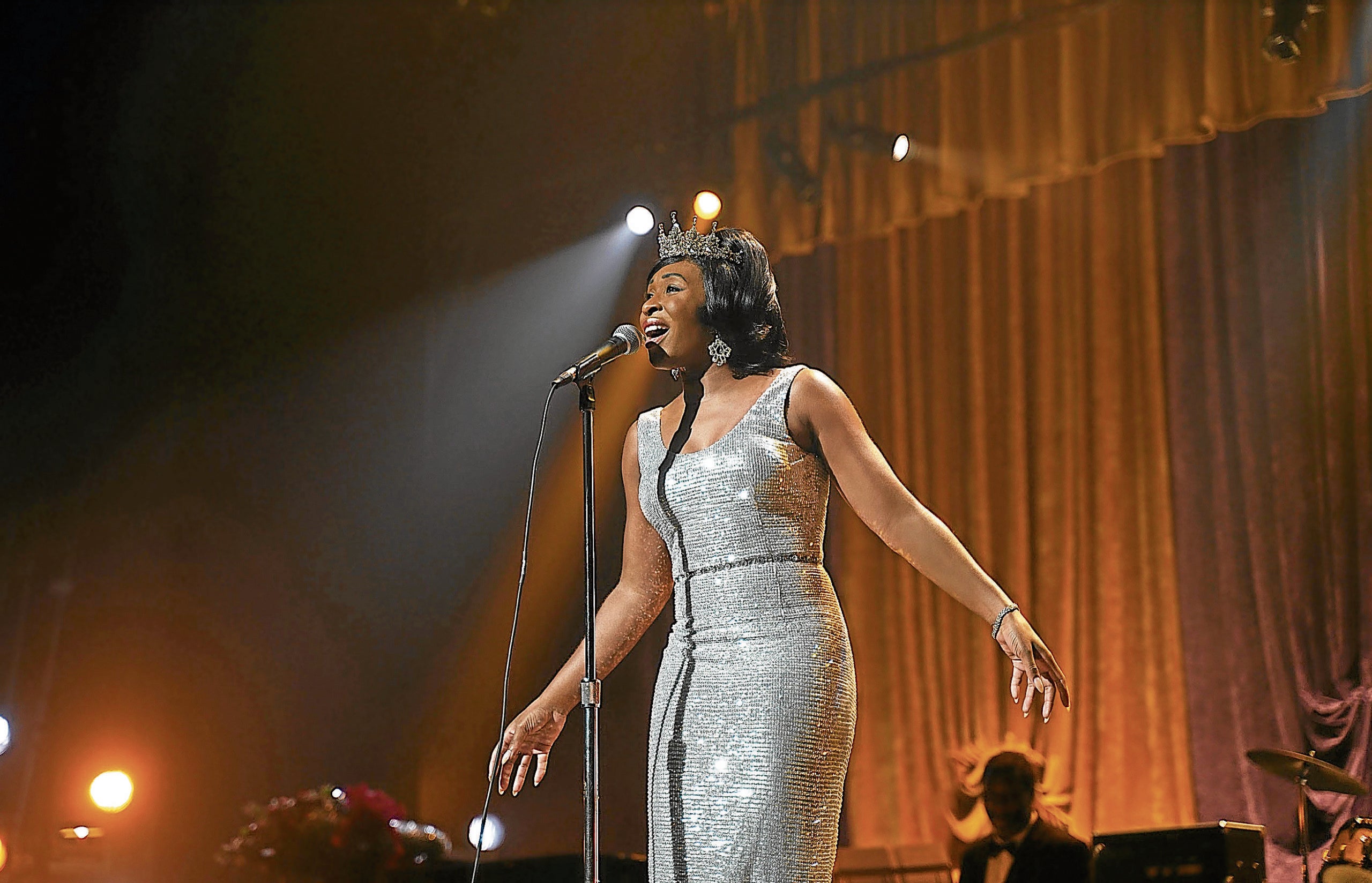 “They saw CL tear their mother apart and push her out of the house. They saw that, yet they remained ‘daddy’s children.’ They were aware of their father’s mess, but they also knew he did the best he could to take good care of them. Of course, he was absolutely wrong, but I don’t judge. I have to perform it in the context of the time, and of the church he belonged to. The world they inhabited was a very complex one.”

The acting choices Courtney made when CL finds out that 12-year-old Aretha was pregnant were just as difficult to essay. “It was a beautiful scene to play,” he recalled. “You’d think he’d go, ‘What … ?’ But he did not react—and that says a lot about what happened there. As CL said to his furious mother, ‘I did the best I could, Mommy—you know I’m flawed.’ It was a gentle thing that only a mother or father would know about their children. So, after she got over her fury over what happened, she said, ‘What are we going to do now?’ And she went back to, ‘How are we going to deal with this situation?’—because they both acknowledge that what happened was wrong. He was wrong to take her on the road on the gospel circuit!

“The repercussions of that propelled Aretha and her family into a whole different direction. It prepared her to not expect the world to be given to her on a silver platter, and she had to actually wait for it work.