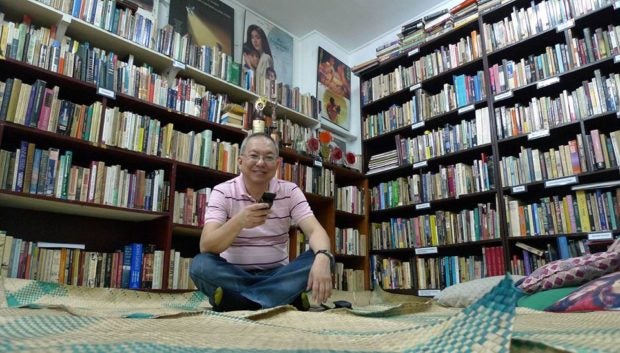 Esteemed screenwriter Ricky Lee just celebrated his birthday last Friday, March 19, and to mark the occasion, film restoration project “Sagip Pelikula” is featuring his films for streaming for a month.

Lee talked about his thoughts on the films getting restored as he showed ABS-CBN Film Restoration’s Sagip Pelikula lineup for March 16 to April 16 through a Facebook post also on Friday.

Some of the restored films being featured are the hits “Minsan Lang Kita Iibigan,” “Anak” and the 1982 classic “Himala.” There are 14 films written by Lee in the KTX streaming lineup all in all, including his other acclaimed ones such as “Karnal,” “Moral” and his adaptation of the 1970s horror classic “Patayin sa Sindak si Barbara.”

Lee, who admitted he is not one to talk about his works online, looked back at his career in cinema and became sentimental over the talented filmmakers he met along the way, as he showed the lineup.

“Gusto kong maiyak (I want to cry) remembering how blessed I have been to be a part of this body of films,” he said, naming some well-known names in cinema like directors Olivia Lamasan, Chito Roño and Rory Quintos. He also paid tribute to other iconic Filipino filmmakers who passed away, namely Lino Brocka, Ishmael Bernal and Marilou Diaz-Abaya.

Lee was also grateful to the team behind Sagip Pelikula, stating that his films are very much the team’s because of their work in restoring the renowned cinema hits.

(Their work is always an uphill climb given the many problems they face and their lack of resources, but they continue.)

(If it weren’t for them, these films would only remain as titles that we just talk about. But instead, each film they restore are given happy rebirths.)

Currently, Lee is awaiting the release of the film adaptation for his short novel “Servando Magdamag,” which also marks actor John Lloyd Cruz’s return to the big screen. JB