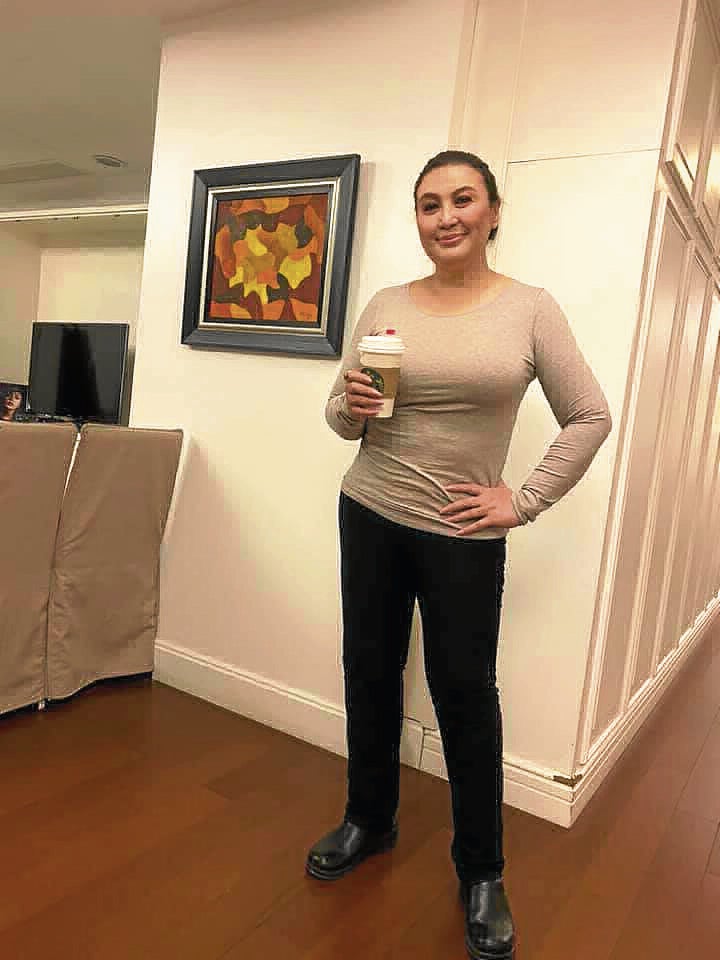 While she feels flattered by all the compliments she has been getting for her slimmer figure, Sharon Cuneta maintained that her latest weight loss journey was sparked by—more than anything else—a desire to be healthier.

“I’m just happy to be healthy. I want to be strong enough for my future grandchildren, so I can go run and play with them. But for now, my dogs keep me busy and active,” Sharon told the Inquirer in a recent virtual story conference for “Revirginized,” her upcoming comeback movie with Viva Films.

“Inspire” has always been the Megastar’s “operative word,” her “driving force.” And that Sharon hopes to accomplish by sharing with her followers, especially women her age, the fruits of her struggles and hard work.

“The older you get, the more prone to diseases you get. That’s what I’m trying to avoid. I hope I can inspire them to be healthy and not lose hope even if they’re overweight or having issues,” said the 55-year-old actress, who started monitoring her diet and working on her fitness back in 2016.

Some critics tell her that this was something she could and should have done in her 40s. But there’s no point crying over spilled milk. What’s important, she said, is what she can do moving forward.

“There’s a right time for everything. I can’t go back 20 years. I’m already 55, that’s no secret. But I’m happy that I get to inspire women that you don’t have to resort to wearing just dusters at my age … if you’re older. It’s a different time now. When I was in my 20s, I told myself, ‘When I become my grandmother, I want to be able to still wear jeans,’” she related.

Looking good is, of course, a bonus. And as a celebrity, Sharon feels that she owes it to her fans to be the best version of herself. “I’m expected to look a certain way and I want my Sharonians to feel excited when they see me in my projects,” she said. “I still want to try many roles. And if you want to do leading lady roles, you have to look like one.”

Show biz observers are no strangers to Sharon’s weight-related struggles throughout the years. But if there’s one she has learned from her past experiences, it’s that you can’t be too hard on yourself.

“I have been trying to lose weight for five years and it’s only now that changes are starting to get more noticeable. But there are times I backslide; be on and off the wagon. Well, mostly off,” she said, laughing. “I’m a foodie. But I eat everything in moderation now. Ayoko naman ’yung sakal na sakal ako.”

Directed by Darryl Yap, “Revirginized” will have Sharon playing Carmela, a woman who didn’t go through a proper coming of age, because she got pregnant at 16 and had to raise her child since. Later in life, Carmela and her husband—and her first love—decided to part ways. 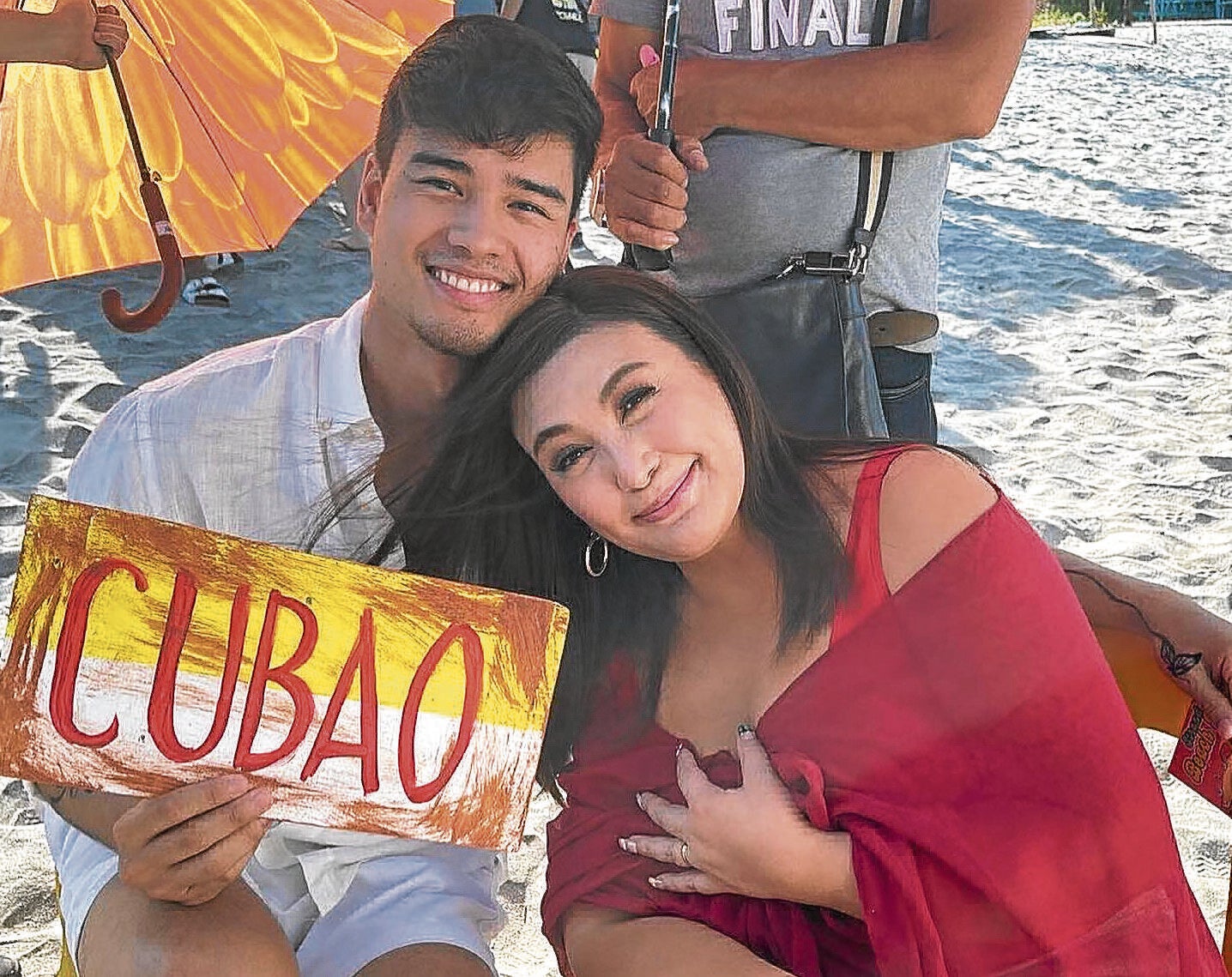 Now, with a newfound freedom, she tries to make up for her lost teenage years. A friend drags her to a “wild party” on a beach, where she meets Morphe (Marco Gumabao) … where one thing leads to another.

Her daughter Miel couldn’t help but laugh when Sharon told her about the project. Her husband Sen. Kiko Pangilinan, on the other hand, was supportive.

“He asked me, ‘Ano ba storya nito?’ And I said, ‘Well …,’” she said, laughing. “But it’s OK, he doesn’t mind, even if I have to do some intimate scenes, because he understands that this is already my work even before I met him. I’m blessed to have a husband like him. He knows that this is my passion and craft. He knows I get antsy when I can’t express my creativity and artistic side.”

Like Carmela, Sharon also didn’t have a normal teenage life. She started working at 12, got married to Gabby Concepcion at 18 and had her first child, KC, at 19.

“My life was spent at school and at work. When you’re working with your leading man, he’s all you ever see. And when you call it quits, your next boyfriend would likely also be a costar because you don’t meet other people. I had to leave school when I got married,” she recalled. “Even Kiko I met through my show biz friends.”

And even if she hadn’t married early, it wouldn’t have mattered anyway, she said, because she had already lost her privacy.

“Sure I was robbed of my teenage life, but I did experience dating—just not how normal couples do. I no longer had my privacy and anonymity. Once you lose those there’s no getting them back,” she pointed out. “And when I was finally free to go out and party, I no longer had the desire.”

But no regrets, Sharon said. What she missed out on, she made up for in other ways.

“From a very young age, I learned how to keep myself entertained when I was alone. I played with paper dolls and read books. I didn’t have a barkada but I have my best friends whom I’m still with now … I wasn’t so book-smart, but I was street-smart. I made sure I kept myself informed with what’s going around me,” she said.

“I didn’t expect show biz to be my job for the rest of my life. I thought I would do only a few projects and call it good,” Sharon added. “But I don’t regret any of those. I’m grateful.”