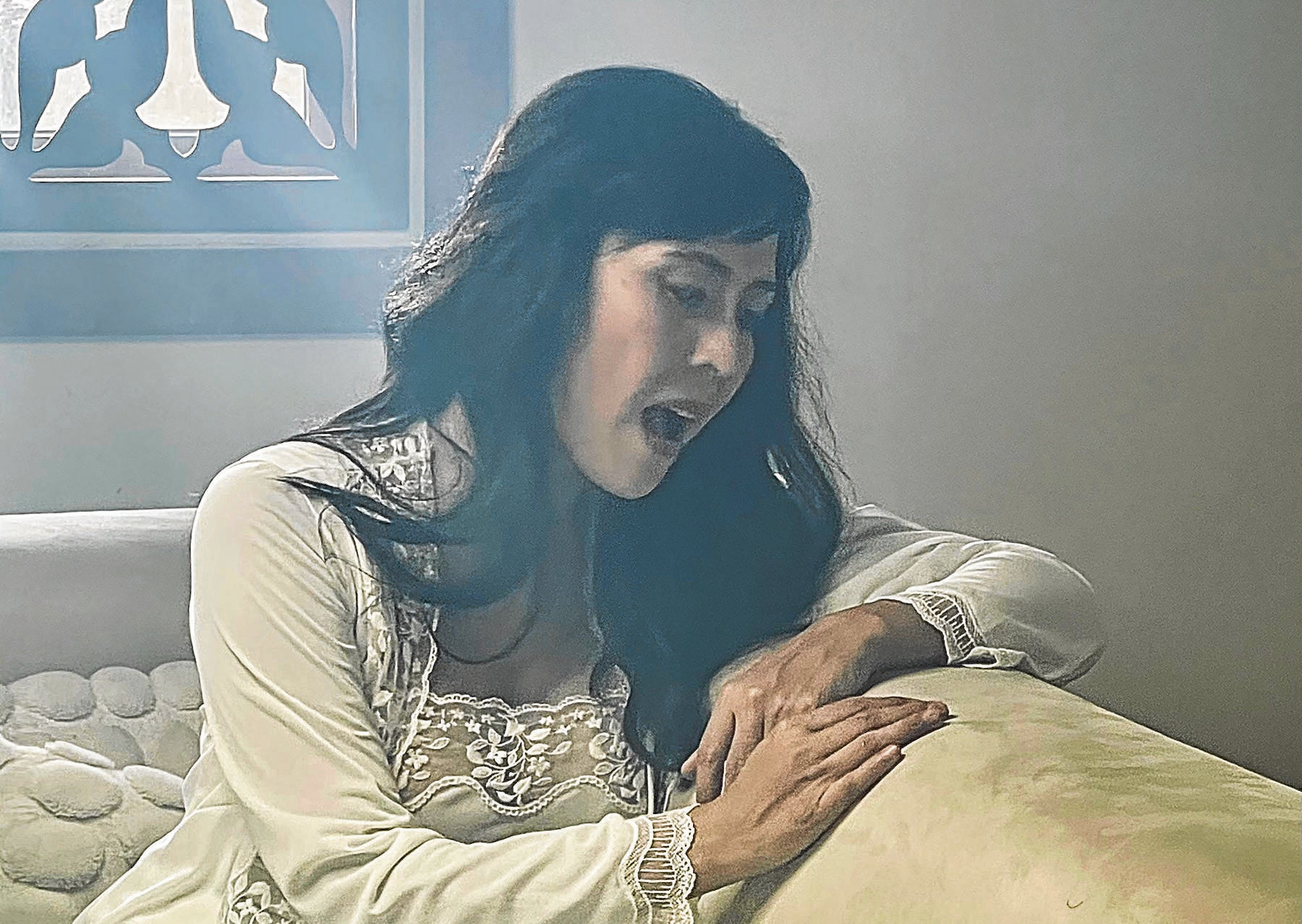 Singer-actress Rachel Alejandro said that, even back when the pandemic was just starting, she has already come to terms with the fact that she would be jobless for at least two whole years.

This was because her dad, 1970s pop star Hajji Alejandro, had already warned her about it, Rachel told Inquirer Entertainment in a recent Zoom chat.

“He is actually the most positive person I know. I think that’s the reason he still looks so young (at 66). He is the person to look to when it comes to being calm and logical, and being rational. He told me right from the get-go, ‘Ate, dalawang taon ito. Dalawang taon tayong walang trabaho.’ I said, ‘What?’ and then cried so hard!”

A year later into the pandemic, Rachel, who is now based in New York with her journalist husband Carlos Santamaria, said she remains hopeful. In fact, she recently recorded and released a new single, titled “Takipsilim.” She was also supposed work on the musical “Song of the Fireflies” with Morissette Amon and “Song for Selina,” an independent film by the makers of “Quezon’s Game.”

“In the Philippines, there are already plans to open cultural centers, venues and such. However, will people really want to gather at this time? We don’t know what the ending of this will be, but when you have the kind of strength and trust, as well as the calm demeanor and positive attitude of my dad, you’d be one of the people who can do well in this pandemic, I suppose.”

Hajji, meanwhile, is currently living in Maryland in United States.

Asked to share her experience coping with the pandemic in the City that Never Sleeps, Rachel began: “New York has had one of the longest lockdowns ever, but it’s not exactly the same as in the Philippines because seniors and minors here have been allowed to go out. As you know, a lot of New Yorkers live alone, including seniors, who have to take care of themselves.

“It had been really scary in the beginning. I’m a very healthy person. I hardly ever get sick, but my husband is a normal human being,” she said, laughing. “My fear then was, ‘What do I do if he gets sick? How is he going to get to the hospital? Should I call an ambulance?’ I had to deal with issues like that mentally. I have siblings living in New York during the pandemic, but I didn’t want to inconvenience them.”

Rachel said she felt sad that she didn’t get to see her family in Maryland for a few months because of the lockdown. She also felt afraid to go home to the Philippines since she would have to ride a plane for long hours. “After a while, most of us already worked up the courage to do it. In December, I flew home for my grandmother, who had a bit of a health scare last year. I had to be with her during the holidays. She will be turning 88 this March,” Rachel recalled.

The singer said the decision to fly home turned out to be the best one. Not only was she able to spend Christmas with her grandmother and other family members, she was also able to record a new solo single, her first in a decade.

“Three people inspired me to do ‘Takipsilim,’” said Rachel of the single, which was produced by Rachel’s cousin Nino Alejandro under his Rebel Records and released by Warner Music. “These people happened to be members of my family—Nino, as well as my brother Ali and (sister-in-law) Lougee Basabas, who are both from Mojofly.”

Rachel said she noticed that it was when they stopped having their live performances as a result of the pandemic that, “they became even more prolific. More creative. I loved the music that was coming out. At that point, I thought, while I’m probably not going to make any money out of this, let’s just see what happens. Putting out new music at this time is more for the soul. As an artist, it’s something that you do because you love it. If it turns into a gig, a concert, or whatever money-making thing, then great!” Blown away

Rachel and Nino quickly announced a song search online. Within a few days, they received numerous submissions from local songwriters. “Takipsilim,” by 19-year old Rain Santana, was chosen, “because I was blown away by it,” said Rachel.

“As an artist, you can only send out your intention [to the universe]. It takes some kind of Divine Intervention for you to find the perfect song; and when Rain sent the song to us I said, ‘That is it! The lyrics is so beautiful. It’s deep without being too artsy. When I first heard it, I immediately heard myself singing it. Also, I knew immediately the kind of sentiment and emotion that I would have to bring in to the song when I came into the studio to record it,” Rachel recalled.In a matter of weeks, Rachel recorded the song and taped for the music video with directors Chuck Ronquillo and Aris Magayanes. “Takipsilim” premiered on March 12 on the Rebel Records YouTube channel (https://bit.ly/3kWa5NE).

Rachel said she hoped her latest song will be both a new anthem for romantics and an ode to everyone who’s struggling during this time. “As this ‘takipsilim’ continues for us displaced artists and unemployed professionals around the world, we cling to our faith, whatever that may be. My wanting to create new music was a leap of faith on my part … If there is something we learned this past year, it’s that nothing can surprise us anymore. Anything can happen to any of us, both the bad and good,” she declared.