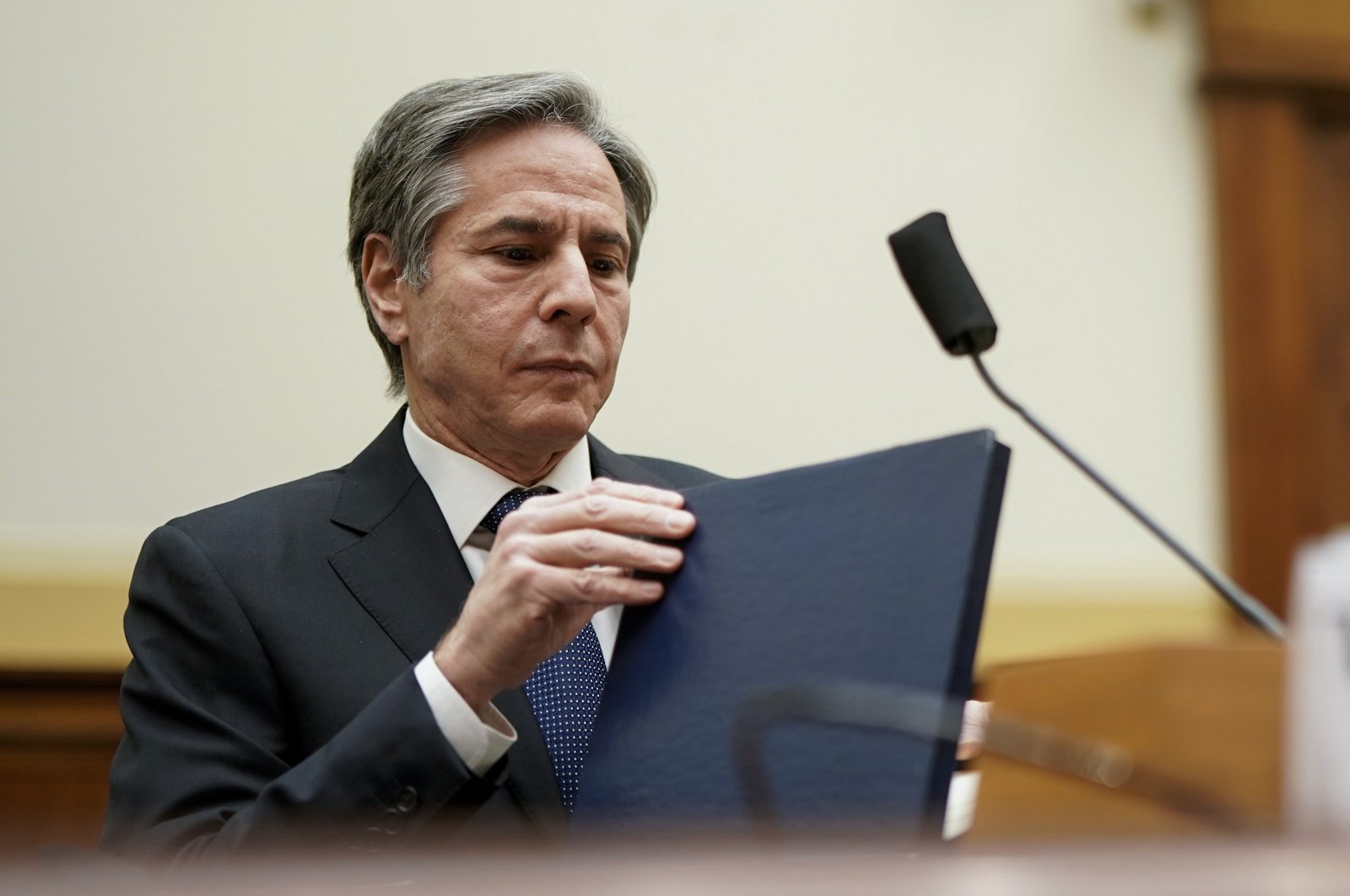 The United States on Wednesday welcomed recent efforts to tamp down tensions in the Eastern Mediterranean, voicing optimism that the status quo can lead to a resolution of ongoing disputes.

Testifying before the House Foreign Affairs Committee, Secretary of State Antony Blinken said the U.S. has watched with concern the actions taken in the Eastern Mediterranean, stressing that energy and territorial disputes be resolved “peacefully, diplomatically, not military and certainly not through provocative actions.”

“Now I think one of the positive developments has been in recent weeks a significant diminution in the temperature on those issues with Turkey engaged with the European Union and others to try to move forward in a more productive way,” he said. “So we’re very supportive of that, and we’ll continue to try to help things advance in that direction.”

The comments come as Turkey and Greece prepare for a second round of exploratory talks this year aimed at finding solutions to disputes regarding the Aegean and Eastern Mediterranean seas.

The next round of consultative talks between the countries will be held in Athens on March 16-17 and are expected to focus on bilateral disputes, including maritime boundaries and drilling rights in the region. The previous round of meetings was in Istanbul on Jan. 25.

The two countries initiated exploratory talks to discuss the issues in the Eastern Mediterranean on March 12, 2002, in an effort to find a fair, sustainable and inclusive solution. Talks were regularly held up until 2016, but there had been none since then due to political speculation and the Greek side’s reluctance to sit down at the negotiating table. Bilateral discussions continued in the form of political consultations but did not return to the exploratory framework.​​​​​​

But obstacles remain, including what each side is willing to discuss. Greece says it will only address the demarcation of maritime zones in the Aegean and the Eastern Mediterranean, while Turkey argues that they should tackle all of the issues between the two sides, including air space and the status of certain Greek islands.

The two NATO allies have been at odds over a number of decades-old issues, including the extent of their continental shelves, overflights in the Aegean Sea and the ethnically split island of Cyprus. Turkey, which has the longest continental coastline in the Eastern Mediterranean, has rejected maritime boundary claims made by EU members Greece and the Greek Cypriot administration, stressing that these excessive claims violate the sovereign rights of both Turkey and the Turkish Republic of Northern Cyprus (TRNC).

NATO members Turkey and Greece also participated in deconfliction talks last year, initiated by Secretary-General Jens Stoltenberg. Those meetings were designed to reduce the risk of incidents in the Eastern Mediterranean. The talks facilitated the establishment of a hotline between Athens and Ankara, allowing for conflict resolution at sea or in the air.

Turning to the Cyprus issue, Blinken also reiterated U.S. support for a lasting resolution that reunifies the island as a “bi-zonal bi-communal federation.”

“We will engage in the effort to advance that prospect, including supporting the critical role of the United Nations, and as well, direct American engagement in that effort,” he said. “You’ll see American diplomacy fully engaged.”