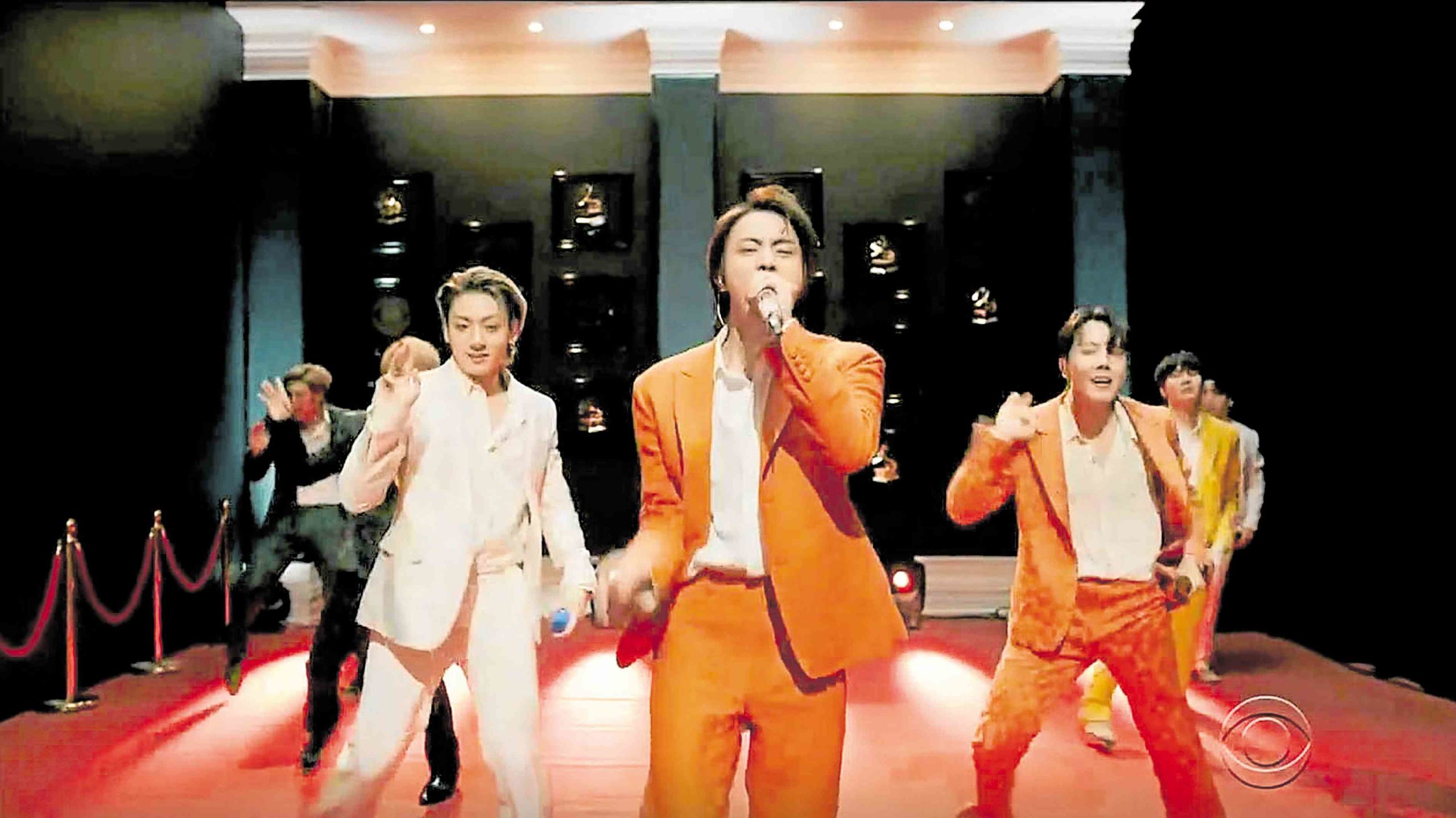 The Grammy Awards ceremony is often touted as “music’s biggest night.” It is the dream of many a musician to take home one of these golden gramophones, and judging by the joyful squeals of the many awardees at both the premiere ceremony hosted by Jhené Aiko (which gave out a bulk of the awards) and the main ceremony hosted by “The Daily Show’s” Trevor Noah, it’s still a mighty big deal.

I stayed up to watch because, like many other members of ARMY, BTS was nominated for the first time this year, for Best Pop Performance by a Duo or Group, for their smash hit song “Dynamite.”

Many of their fans were ardently and anxiously hoping that they’d be able to pull off a win, something that would be nothing short of a historical achievement. However, it would not be their night for such a victory; Lady Gaga and Ariana Grande took the trophy home for “Rain On Me.”

After the ceremony, BTS headed to the social media app VLive to address their fans and share words of comfort following the loss. All over social media, the ARMY was not pleased, using Twitter to express their disappointment and anger. I had a feeling that the group would find the time to say even a little something to their fans, and lo and behold, they did.

They handled the loss with grace, dignity, gratefulness and humility, taking the time to thank their fans for all the support. They promise more music in the coming year and hope for a return to the Grammys. If I was to bet a significant amount of cash, I would put my money on them returning with more magnificent music.

One thing they did smash was the performance. They replicated the actual set being used for the Los Angeles performances, as well as the red carpet … the performed “Dynamite” in sharp orange, mustard, dark green and white suits, and succeeded in waking up a possibly sleepy audience (it was already past 11 p.m. EDT on the east coast) with abundant talent, smooth dance moves and endless charm.

They were the final performer on the bill, cementing their reputation as a force to be reckoned with outside their home country. History has already been made, award or no award.

Here are a few more of my scattered, sleepy thoughts:

• “Mercy, Mercy Me” was the opening number of the premiere ceremony, and it was lit! My soul and spirit feel refreshed and alive, never mind that it was 3 o’clock in the morning.

• The awardees are so joyful! They’re locked down in quarantine, but they are joyful!

• I love that the engineers also get recognition.

• The Joker won! Well, no, but the composer of its score, Hildur Guðnadóttir, did.

• Now I want to get Jimmy “Duck” Holmes’ recordings.

• Musical theater category. Oh my gosh, I hear my friends’ names! I’m talking to you, Christine Allado, Conrad Ricamora, Francis Jue, Austin Ku, David Henry Hwang and Jeanine Tesori! Nothing but love for you all.

• Poppy! Good Lord, that was badass!

• Why did a lot of the stars skip giving acceptance speeches? That’s a little weird … I wonder if there’s something up.

• Yes, “Watermelon Sugar,” yes to you, Harry Styles with that feather boa!

• Mickey Guyton … I will never forget your name, and will start downloading everything you’ve ever done.

• Silk Sonic (Bruno Mars and Anderson.Paak) killed me. I am officially dead. That was hella sexy.

• This might be the most touching In Memoriam section I’ve ever seen. Bruno and Anderson were jubilant, Brandi Carlile was reflective, and Brittany Howard (accompanied by Coldplay’s Chris Martin) was a beast!

• This performance by Lil Baby will be one we as a society should never forget. Black lives still matter. 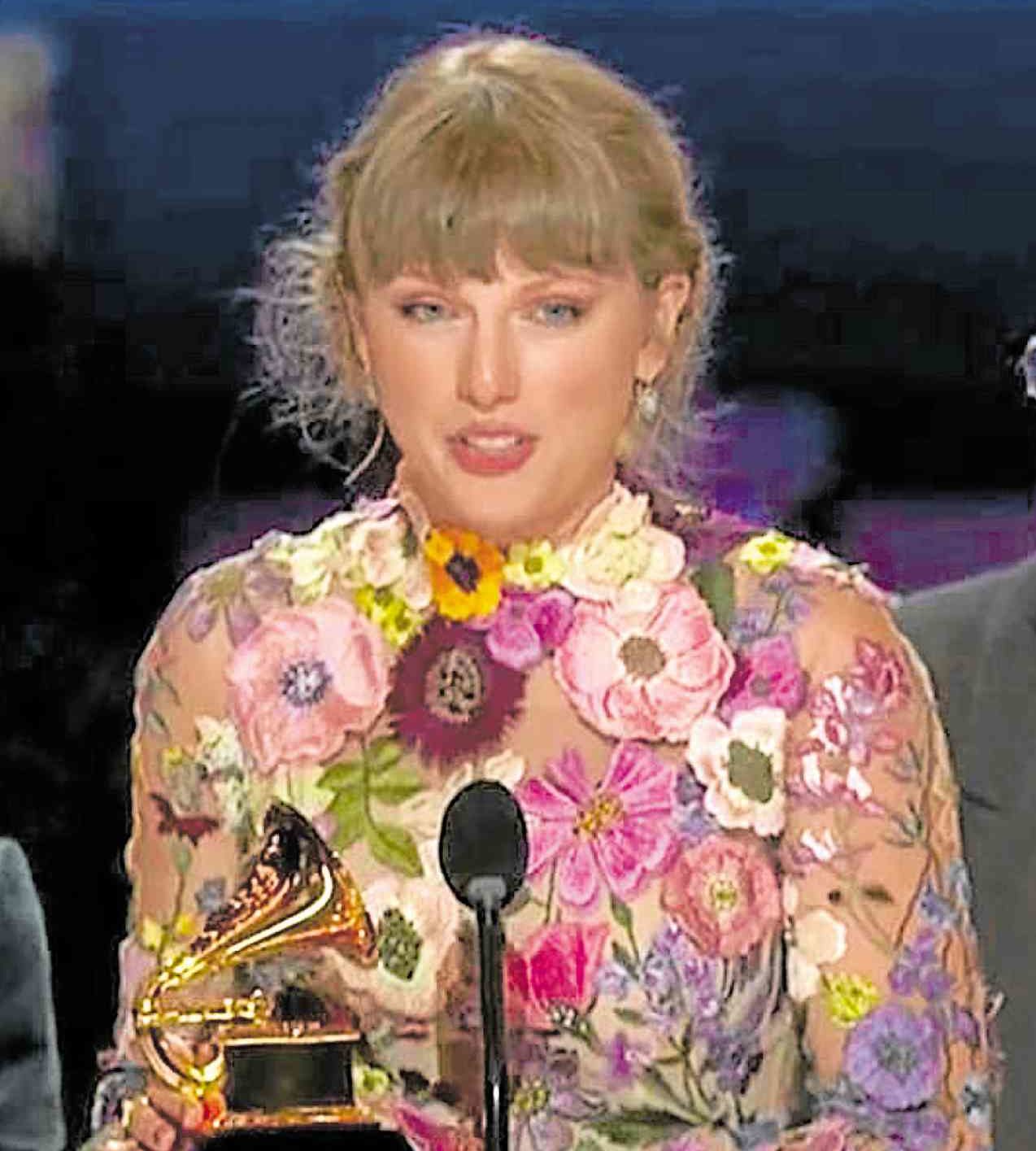 • Yes to Taylor Swift and “Cardigan”!

• H.E.R. added two more Grammys to her collection, including Song of the Year for “I Can’t Breathe”! Woooooot! Go Pinay, Power!

• Megan with Cardi B doing “WAP.” Never did I think I’d ever see a huge stiletto heel turned into a dance pole. 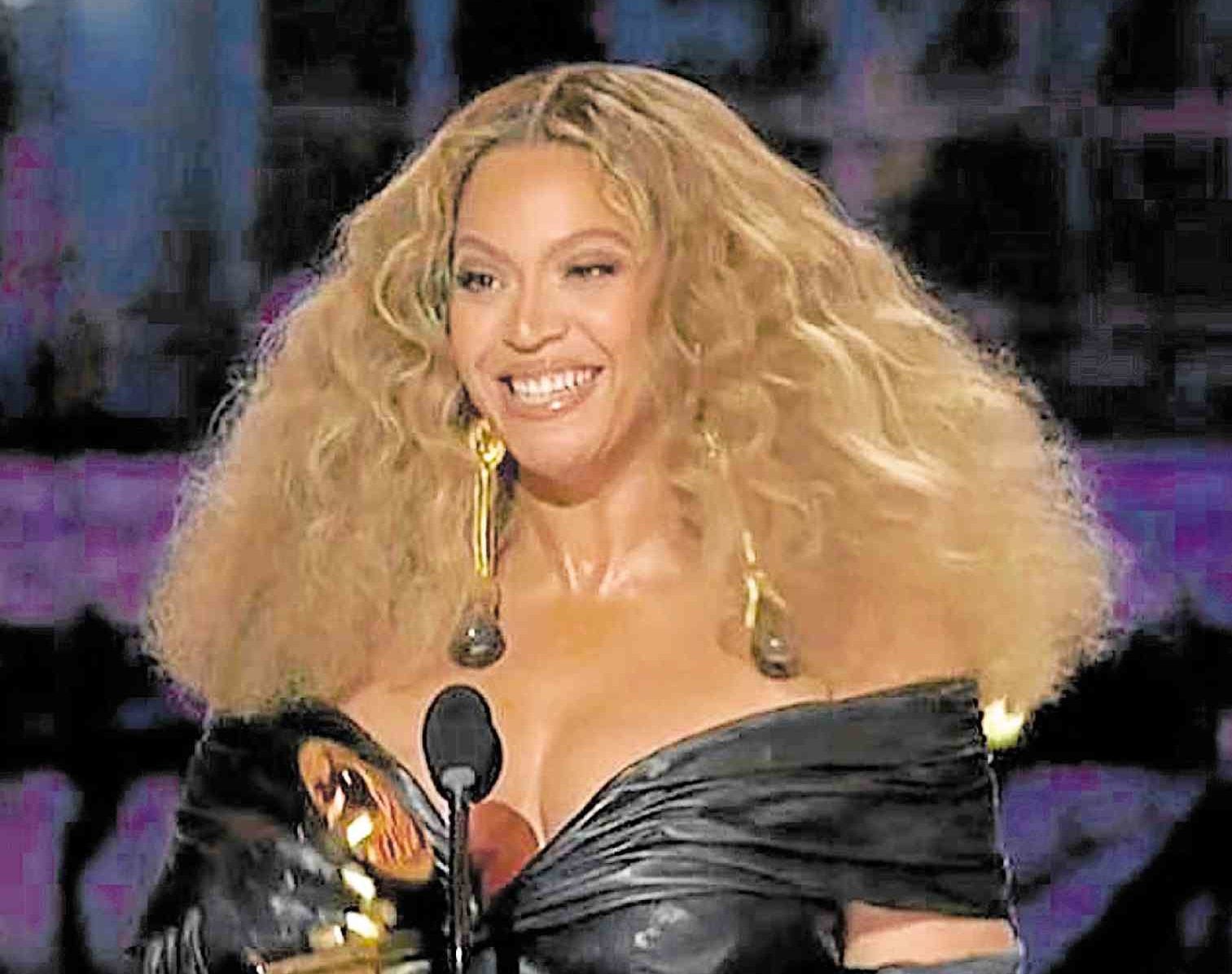 • Beyoncé just made history! She is officially the singer with the most Grammy wins. The record belongs to Georg Solti with 31. Will Queen Bey be able to break that record?