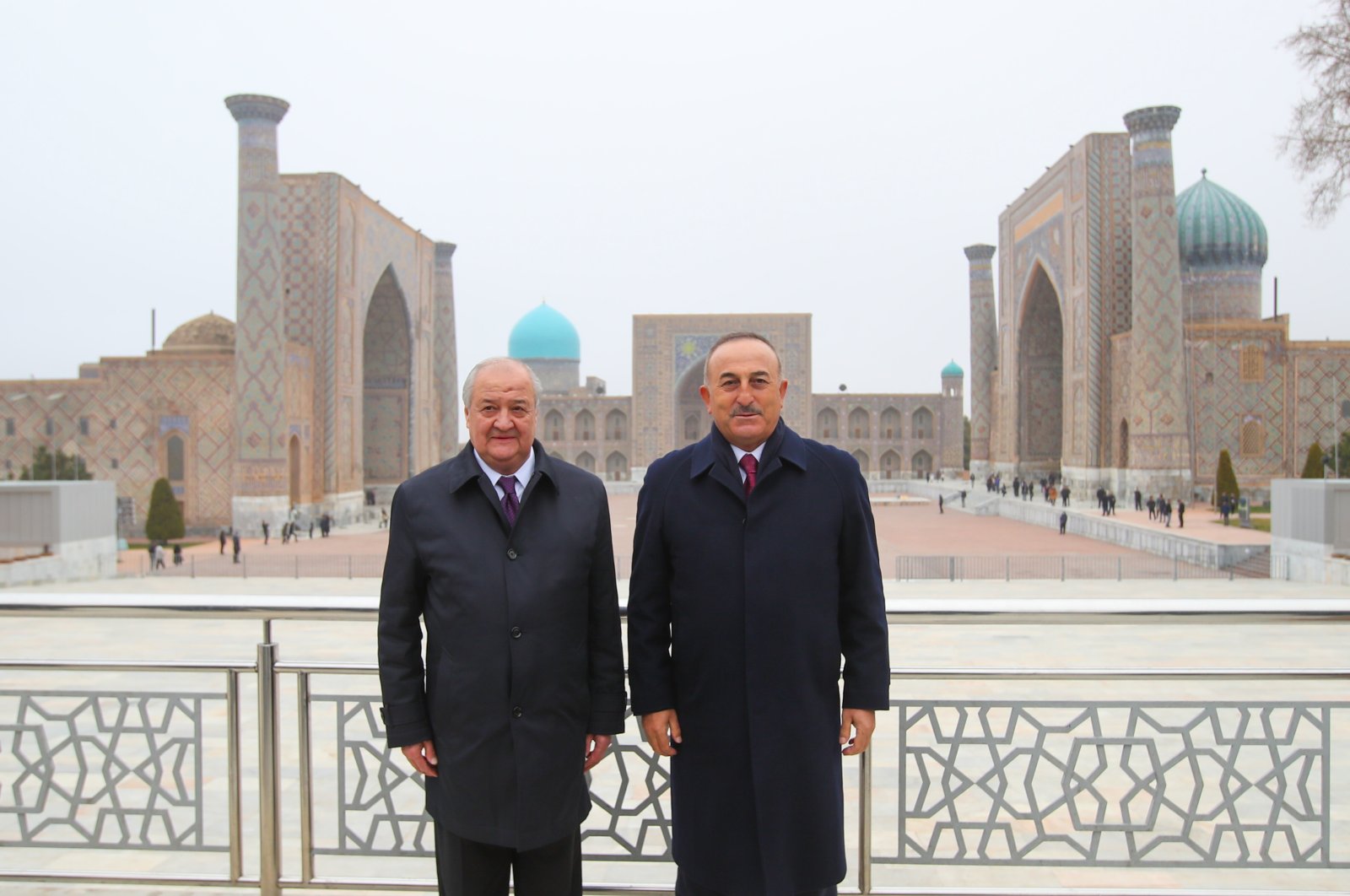 Turkey’s foreign minister on Wednesday described his recent visits to Turkmenistan and Uzbekistan as not only “highly beneficial” but also friendly and result-oriented.

Noting that the meetings in both countries were held in an “extremely sincere” environment, Çavuşoğlu said: “For the unity, solidarity and cooperation of the Turkic world, we have seen them (the host countries) very sensitive and constructive, especially in matters related to energy, trade corridors and transportation.”

“I would like to note that while the visit was sincere on the one hand, it was result-oriented and extremely beneficial on the other,” he added.

In response to a question about future cooperation in the field of defense, Çavuşoğlu said Uzbekistan is interested in Turkey’s defense industry products and is working with different Turkish companies.

Çavuşoğlu further commented on the target set forth to finalize the preferential trade agreement between Turkey and Uzbekistan. “Negotiations are continuing, if we can reach an agreement then we want to sign this at a summit.”

Noting Turkey’s support of the reform process in Uzbekistan, the minister said: “The President of Uzbekistan (Shavkat Mirziyoyev) has been making serious reforms in the country since the day he took office and wants to do more.”

The top diplomat noted that on every visit the country has developed more, especially the cities of Bukhara, Samarkand and Tashkent.

Çavuşoğlu noted that Mirziyoyev is cooperating with international institutions, particularly the Organization for Security and Cooperation in Europe (OSCE).

“We also support this process. In fact, experts and consultants in various fields were appointed from Turkey. They also work closely with them. We share our experiences,” he added.

Çavuşoğlu further commented on his visit to Turkmenistan and said the country’s status of “perpetual neutrality” is not an obstacle for bilateral relations with Turkey.

On his visit to Turkmenistan, Çavuşoğlu met with the country’s leader, Gurbanguly Berdimuhamedow, and his counterpart Rashit Meredow.

He said that Turkmenistan’s leader is giving Turkey space.

“For instance, while the country is closed to all flights, they (Turkmenistan officials) said that they will allow Turkish Airlines to start flying to the city of Turkmenabad,” he said.

Although truck drivers are also not allowed to pass through Turkmenistan due to the ongoing pandemic, Çavuşoğlu said the country will allow Turkish truck drivers through but they will be subject to a COVID-19 test before leaving Azerbaijan and on arrival at the Turkmenbashi Port.

On Turkey’s possible involvement in joint exploration and development of hydrocarbons by Azerbaijan and Turkmenistan in the Dostluq (Friendship) field in the Caspian Sea, Çavuşoğlu said, trilateral meetings and summits are to be held in the upcoming days.

“There is oil and gas to be extracted in this field. We told them: ‘Our companies TPAO (Turkish Petroleum Corporation) and BOTAŞ (Turkey’s petroleum pipeline corporation) are ready to cooperate. Then there is the matter of this gas and oil wealth to be transported to international markets and Turkey.

“Of course, there are significant pipelines that are already operating here. These will be used via Turkey. We discussed this in the trilateral foreign ministers meeting. Therefore, there is an opportunity for cooperation in every sense,” he said.

Çavuşoğlu also addressed trade and tourism relations between Turkey and Uzbekistan. “We will be much better in five years and reach a trade volume of $5 billion. Maybe we’ll reach this goal earlier. We are the first in investments. There will be many more investments. The country is developing, it will develop much more,” he said.