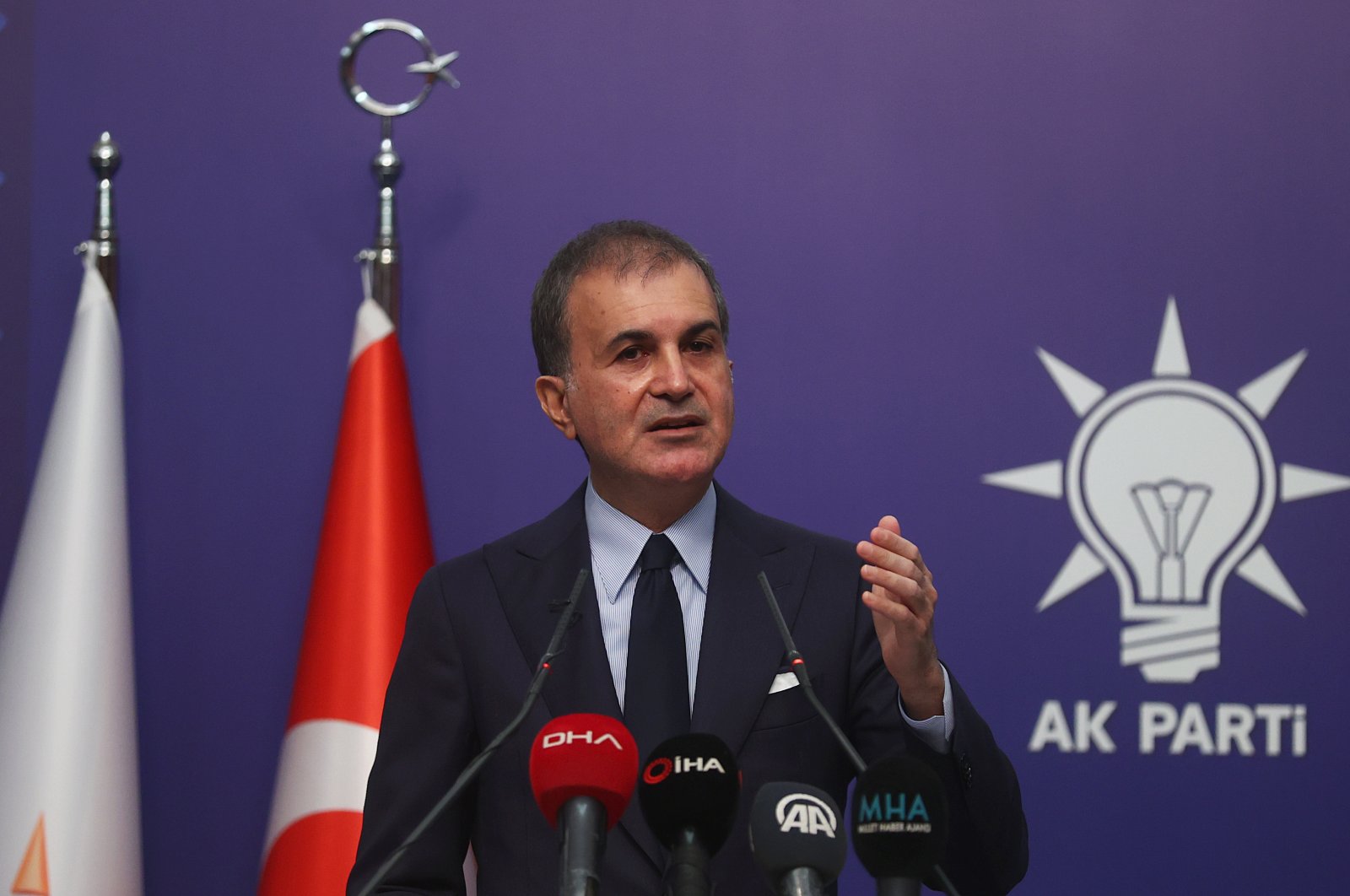 Turkey is ready to take part in mediation efforts for peace in Afghanistan and the region, the country’s ruling party spokesperson said Tuesday.

“Afghanistan is a very important country for us,” Ömer Çelik, spokesperson for the Justice and Development Party (AK Party), told reporters in the capital Ankara after a meeting of the party’s Central Executive Board.

To a question about ongoing intra-Afghan peace talks, Çelik said: “Turkey is ready to be involved in all kinds of mediation efforts for peace in Afghanistan and the region.”

On Sunday, the Afghan government’s representative said during talks with the Taliban in Qatar that the government was evaluating a proposed peace plan submitted by the U.S. envoy.

Speaking at an event at the Afghanistan Institute for Strategic Studies in Kabul, Nader Nadery said the plan was a proposal to end the war and bring peace to Afghanistan.

According to Nadery, the government is evaluating the plan to see if it would help the country or lead to another long-term disaster.

This came after a diplomatic letter leaked by Afghanistan’s Tolo News suggested that the U.S. would ask Turkey to host the peace talks.

Peace negotiations between the Afghan government and the Taliban insurgents in the Qatari capital of Doha have largely stalled as U.S. President Joe Biden’s administration reviews how to handle the peace process, including troop withdrawal.

The U.S. is set to withdraw from Afghanistan in May, but a surge in fighting has sparked concerns that a speedy exit from the country may unleash greater chaos as peace talks between the Kabul government and Taliban continue to stall.

Ankara has recently voiced that Turkey will continue supporting Afghan security. Turkey has been contributing to the security of Afghanistan and will keep its presence in the country as long as its Afghan brothers demand it, Foreign Minister Mevlüt Çavuşoğlu said last week, marking the 100th anniversary of diplomatic relations between the two countries.

The Turkish Parliament in late 2020 approved a motion to extend the deployment of Turkish troops in Afghanistan for 18 months as part of NATO’s support mission in the war-torn country. The initial legislation took effect on Jan. 6, 2019, that allowed the Turkish government to send troops to Afghanistan to support the NATO-led mission Resolute Support. After ending the 17-year combat mission in Afghanistan in 2018, the mission has evolved into training and advising the nascent Afghan security forces.

‘Greece to be left alone with Turkey in region’

Çelik also rejected Greece’s welcoming response to a decision adopted at an Arab League meeting of foreign ministers that accused Turkey of increasing tensions in the Caucasus and Mediterranean regions. Turkey on Friday “completely rejected” the decision.

He accused Athens of producing aggression against Turkey in tactical alliances.

He urged Athens to not rely on the permanent backing of other countries that have “taken it along to arm wrestle with Turkey.”

“When (those countries) depart tomorrow, Greece will again be left alone with Turkey in this region,” he said.

Çelik went on to say that Greece should know that there is nothing else to make them feel safe as a country other than a fair agreement with Turkey.

Turkish leaders have repeatedly stressed that Ankara is in favor of resolving all outstanding problems in the region through international law, good neighborly relations, dialogue and negotiation. Yet, Turkey has also criticized the EU’s stance on the Eastern Mediterranean conflict, calling on the bloc to adopt a fair attitude regarding the dispute and give up on favoring Greece under the pretext of EU solidarity. Instead of opting to solve problems with Turkey through dialogue, Greece has, on several occasions, refused to sit at the negotiating table and opted to rally the EU to take a tougher stance against Ankara.