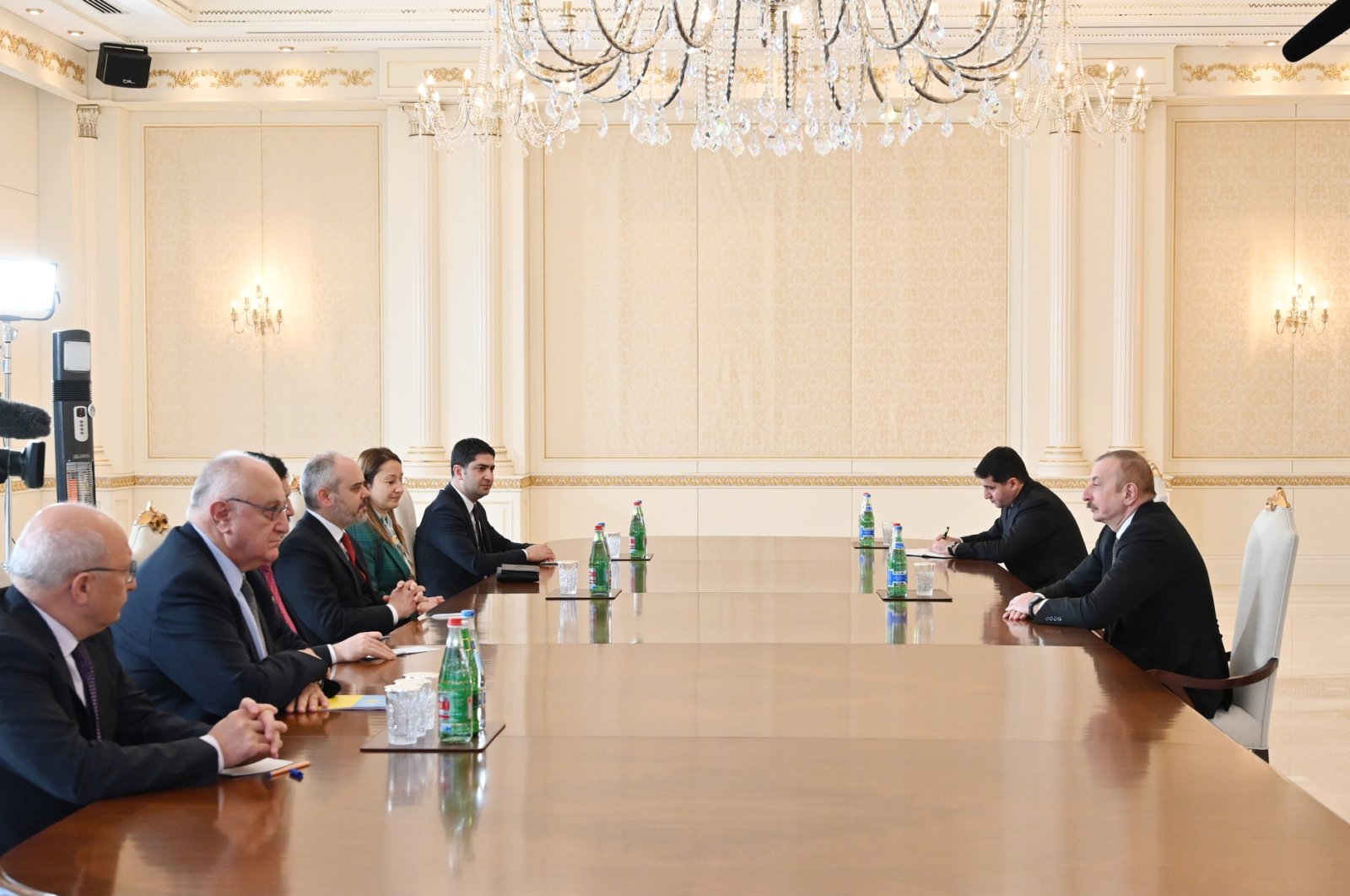 The leader of Azerbaijan received a delegation of Turkish lawmakers in the capital of Baku on Tuesday, according to a statement by that country’s presidential office.

“Our inter-parliamentary relations are also developing very successfully. We are always together and support each other, both bilaterally and within international organizations,” he said.

Aliyev said Turkey’s solidarity, as well as its political and moral support for Azerbaijan during the recent Karabakh war, pleased all of Azerbaijan, and that it was “natural” because the two “brotherly” countries are always next to each other.

Azerbaijan liberated several strategic cities and nearly 300 of its settlements and villages from Armenian occupation during the recent six-week Armenia-Azerbaijan war, which erupted on Sept. 27 and ended on Nov. 10 with a Russian-brokered truce.

Before the conflict, about 20% of Azerbaijan’s territory was under illegal Armenian occupation for nearly three decades.

“These days of war have shown once again how much our nations are connected, how much they love and respect each other,” said Aliyev.

He said the conflict is over and now it is time “to look to the future” and think about cooperation in the region, especially transportation projects, and the opening of the Zangazur corridor – a long-shut corridor between Azerbaijan and its southwestern autonomous exclave of Nakhchivan, recently created in the Russian-brokered agreement between Azerbaijan and Armenia – is “one of the most important” issues.

“I am confident that we will achieve this through joint efforts,” he said.

“We are very pleased with your great victory, and we wanted to visit you to show our unity and solidarity in this sense,” he said.

On Wednesday, Kılıç visited the Alley of Martyrs to pay tribute to those who lost their lives in a massacre of more than 130 people by the Soviet army in Baku and the surrounding areas on Jan. 20, 1990, on the eve of the country’s independence.

Azerbaijan’s struggle is also Turkey’s struggle, he said adding that there is “no difference” between the two countries.

“We showed the whole world in the 44-day (Karabakh) war that those who want to fight with us must be prepared to fight two states together,” said Kılıç, who also visited the tomb of the late President of Azerbaijan Heydar Aliyev, as well as the Baku Turkish Martyrs’ Cemetery.