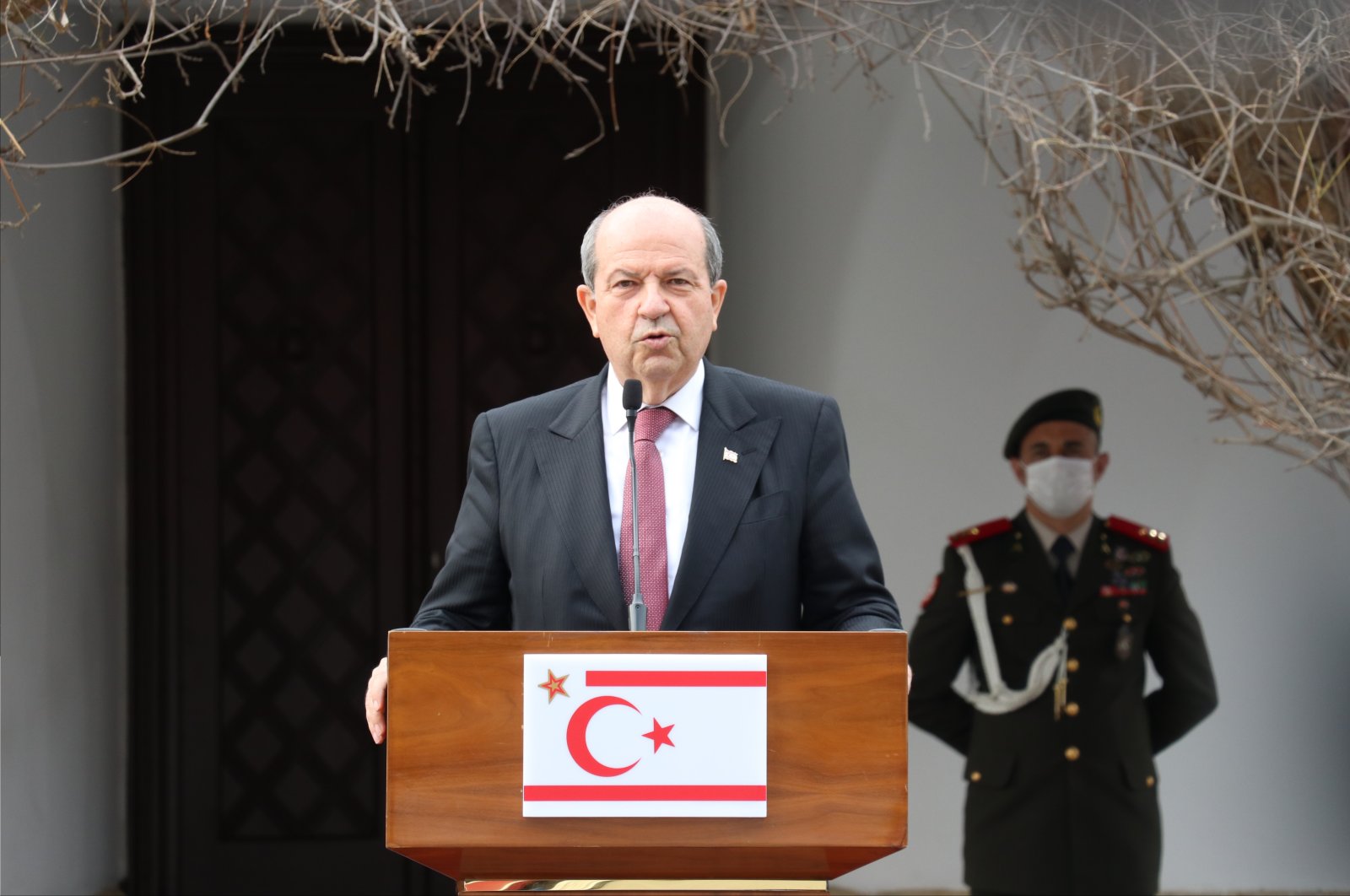 Turkish Republic of Northern Cyprus (TRNC) President Ersin Tatar reiterated the idea that any resolution on Cyprus must be based on two equal, sovereign states on the island.

“If an agreement is to be reached on Cyprus its basis will be the cooperation of two equal states living side by side, based on sovereign equality,” Tatar said after meeting with U.N. Envoy Jane Holl Lute at the Presidential Palace in the capital Lefkoşa.

“We discussed with Lute that an agreement could be achieved by ensuring the international equal status of these two states,” he added.

On an unofficial meeting on the issue set for April, he said Lute and he discussed various details, including the type and format of the three-day meeting.

“We discussed the regulations of the U.N. secretary-general, collective and bilateral meetings, and the details related to them,” he added.

Reiterating that the TRNC will attend the meeting with goodwill for a fair, lasting and sustainable agreement, he underlined that they are looking for a different basis than previous meetings seeking a federal arrangement that produced no results.

Lute “confirmed that it (the U.N.) will be in search of whether there is common ground that can really move forward as a result of all the discussions,” he said.

He also stressed that the Turkish Cypriot people will claim their sovereignty, independence and right to self-rule.

The U.N. will work to develop this basis for an agreement after the informal meeting in April, he said, adding: “The agreement must be on the basis of our state, sovereignty and the right to intervene for our motherland Turkey.”

The unofficial 5+1 meeting, which will include both sides of Cyprus and the three guarantor countries plus the U.N., is set to be held on April 27-29 in Geneva.

Nobody can insist on imposition on the Turkish Cypriot side with economic promises or other fallacies, Tatar added.

The island has been divided since 1964 when ethnic attacks forced Turkish Cypriots to withdraw into enclaves for their safety.

In 1974, a Greek Cypriot coup aiming at Greece’s annexation led to Turkey’s military intervention as a guarantor power to protect Turkish Cypriots from persecution and violence.

The Greek Cypriot administration entered the EU in 2004, the same year that Greek Cypriots thwarted the U.N.’s Annan Plan to end the decadeslong dispute.