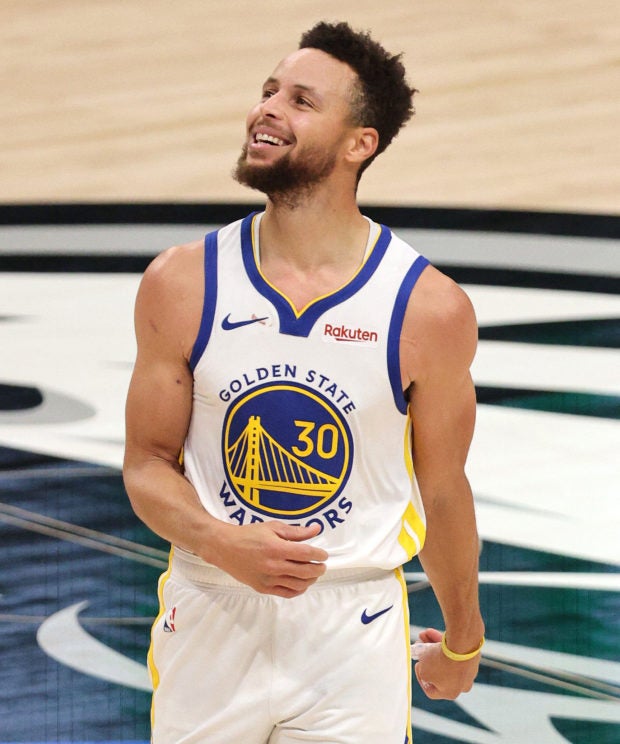 LOS ANGELES  – Golden State Warriors star Stephen Curry celebrated his 33rd birthday Sunday with a 32-point performance that propelled the Warriors to a 131-119 victory over the NBA-leading Utah Jazz and snapped a four-game skid.

Curry got off to a sizzling start, connecting on 63% of his shots in a 14-point first quarter in which the Warriors seized a lead they wouldn’t relinquish.

He finished 10-of-20 from the field with six three-pointers.

“It’s like that ageing wine, right?” Curry said in a post-game interview with NBC Sports Bay Area. “Keep it in the cellar and watch it get stronger and better, so I’m just enjoying the ride.”

Andrew Wiggins added 28 points and Draymond Green put up a triple-double of 11 points, 12 rebounds and 12 assists for the Warriors, who bounced back from a 130-104 loss to the Los Angeles Clippers on Thursday in which Curry made just one three-pointer.

The Warriors hadn’t won since February 26 — before the NBA’s All-Star break.

They also reversed their fortunes against a Jazz team that had beaten them five straight times.

“Our whole team played amazing tonight,” Curry said. “We took it personally to come out and play aggressive, focused defense. Everybody contributed.”

Trailing by 10 going into the fourth quarter, Oklahoma City scored 38 points in the final frame, their 58% overall shooting helping them offset 24 turnovers.

A three-pointer from Pokusevski gave the Thunder a 109-108 lead with 6:10 remaining and they wouldn’t trail again.

The 19-year-old Serbian made five from beyond the arc, the second-youngest player after LeBron James (18) to make five three-pointers in a game.

“My teammates believe in me,” Pokusevski said. “They kept talking to me, every time I missed a shot (they said) just keep playing and everything is going to be good.