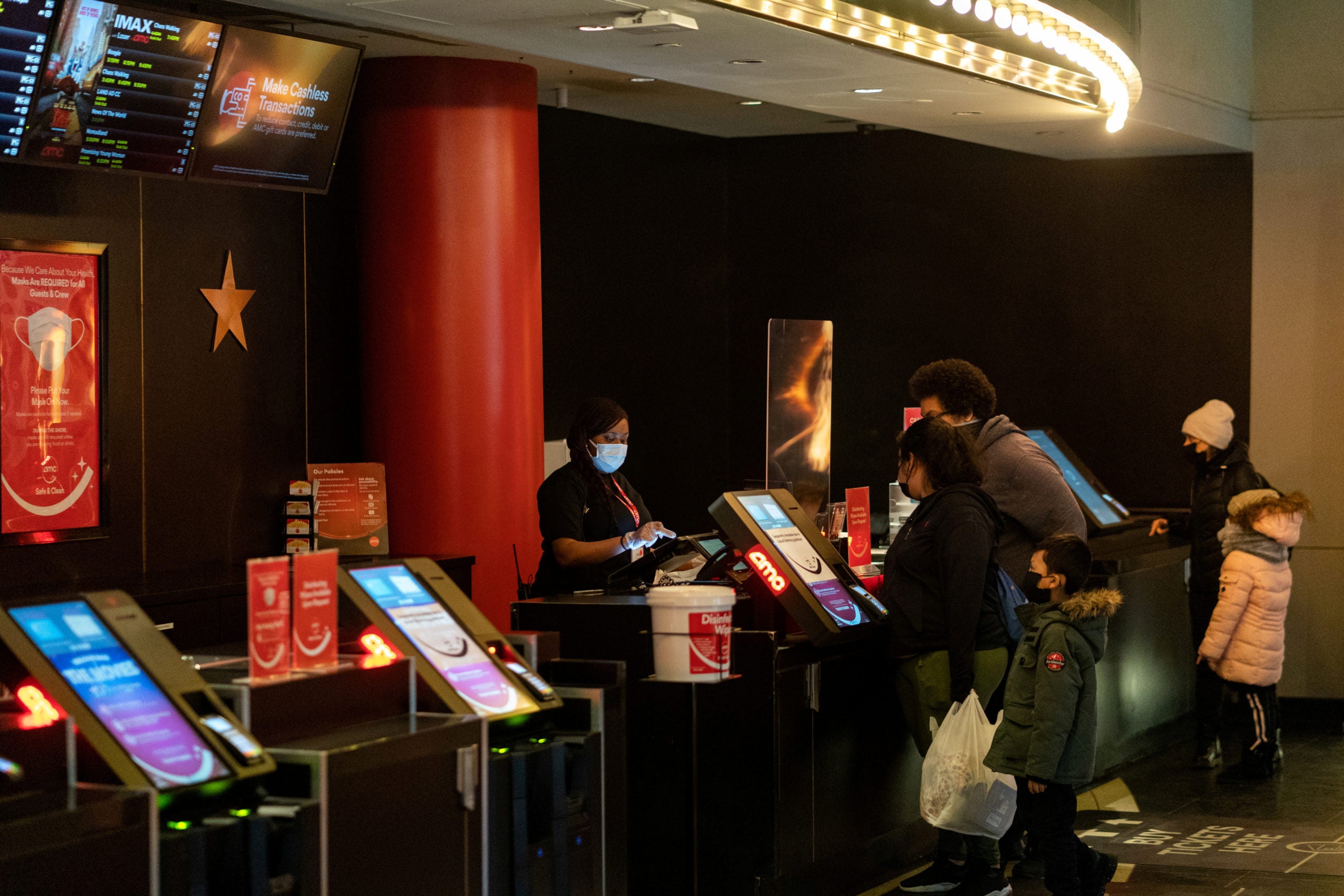 Those ticket sales, representing a 35% decline in its second weekend of release, push its overall total to $15.8 million domestically.

“Raya and the Last Dragon” has generated another $36 million at the international box office for a global haul of $52.6 million. The family film is also available to rent on Disney Plus, the company’s streaming service, for an extra $30 fee.

In traditional times, movie theater operators would likely refuse to showcase a film that is also streaming online.

But these days, new releases are few and far between and film exhibitors are happy to offer customers what they can.

Many are optimistic that a moviegoing revival could be on the horizon because theaters in Los Angeles were given permission to reopen for the first time in nearly a year.

Few L.A.-based venues were able to resume operations in such short notice, but several plan to begin selling tickets again next weekend.

Across the country, New York City movie theaters are newly allowed to welcome patrons again, meaning the country’s two biggest movie markets are back in business after a brutal, desolate 12 months.

In Hollywood and beyond, many are hoping the reopening of theaters in NYC and L.A. will encourage studios to put out their biggest movies. Disney’s “Black Widow” and Paramount’s “A Quiet Place Part II” are some of the anticipated titles slated for May.

In the meantime, family offerings have been a popular draw. Warner Bros.’ live-action-animated hybrid “Tom and Jerry” nabbed second place, pulling in $4 million from 2,454 locations in its third weekend of release.

The film, starring Chloe Grace Moretz, Colin Jost and Michael Pena, has made $28 million in North America. It’s also streaming on HBO Max at no extra cost to subscribers.

In third place, Lionsgate’s “Chaos Walking” brought in $2.25 million from 1,995 theaters. In total, the sci-fi thriller with Daisy Ridley and Tom Holland has made $6.9 million. Internationally, the film added $1.5 million from 33 countries, bringing its cumulative overseas total to $5 million.

“Boogie,” a drama from Focus Features, landed at No. 4 with $730,000 from 1,272 locations. The film, about a Queens basketball prodigy that was written and directed by chef and author Eddie Huang, has made $2.2 million to date.

“The Croods: A New Age” rounded out the top five, earning $520,000 from 1,440 screens. The Universal animated adventure, which debuted theatrically last November, has amassed $54.3 million domestically.