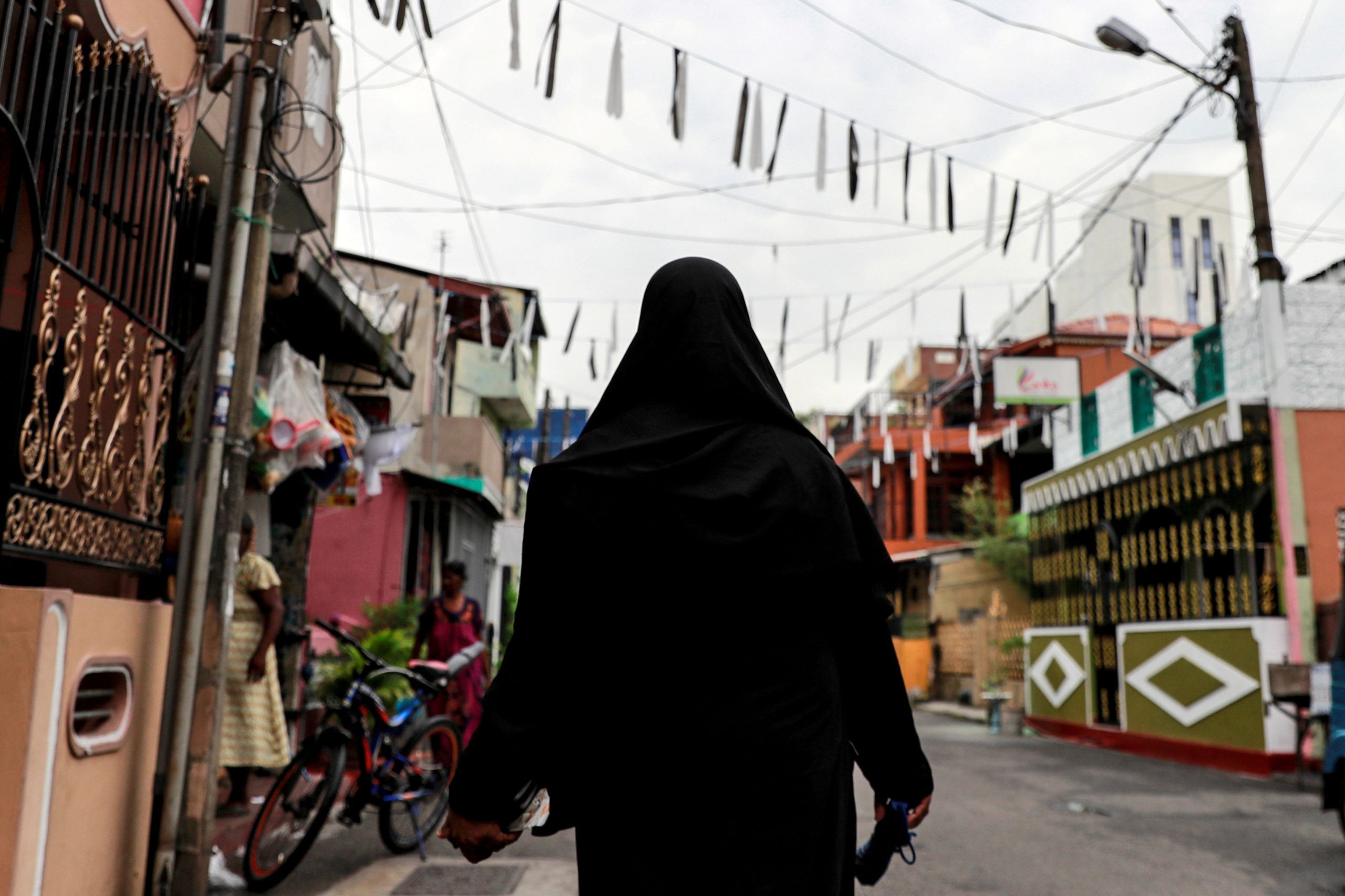 FILE PHOTO: A Muslim woman wearing a hijab walks through a street near St Anthony’s Shrine, days after a string of suicide bomb attacks across the island on Easter Sunday, in Colombo, Sri Lanka, April 29, 2019. REUTERS/Danish Siddiqui

COLOMBO — Sri Lanka will ban the wearing of the burqa and shut more than a thousand Islamic schools, a government minister said on Saturday, the latest actions affecting the country’s minority Muslim population.

Minister for public security Sarath Weerasekera told a news conference he had signed a paper on Friday for cabinet approval to ban the full-face covering worn by some Muslim women on “national security” grounds.

“In our early days Muslim women and girls never wore the burqa,” he said. “It is a sign of religious extremism that came about recently. We are definitely going to ban it.”

The wearing of the burqa in the majority-Buddhist nation was temporarily banned in 2019 after the bombing of churches and hotels by Islamic militants that killed more than 250.

Later that year, Gotabaya Rajapaksa, best known for crushing a decades-long insurgency in the north of the country as defense secretary, was elected president after promising a crackdown on extremism.

Rajapaksa is accused of widespread rights abuses during the war, charges he denies.

Weerasekera said the government plans to ban more than a thousand madrassa Islamic schools that he said were flouting national education policy.

“Nobody can open a school and teach whatever you want to the children,” he said.

The government’s moves on burqas and schools follow an order last year mandating the cremation of COVID-19 victims – against the wishes of Muslims, who bury their dead.

This ban was lifted earlier this year after criticism from the United States and international rights groups.