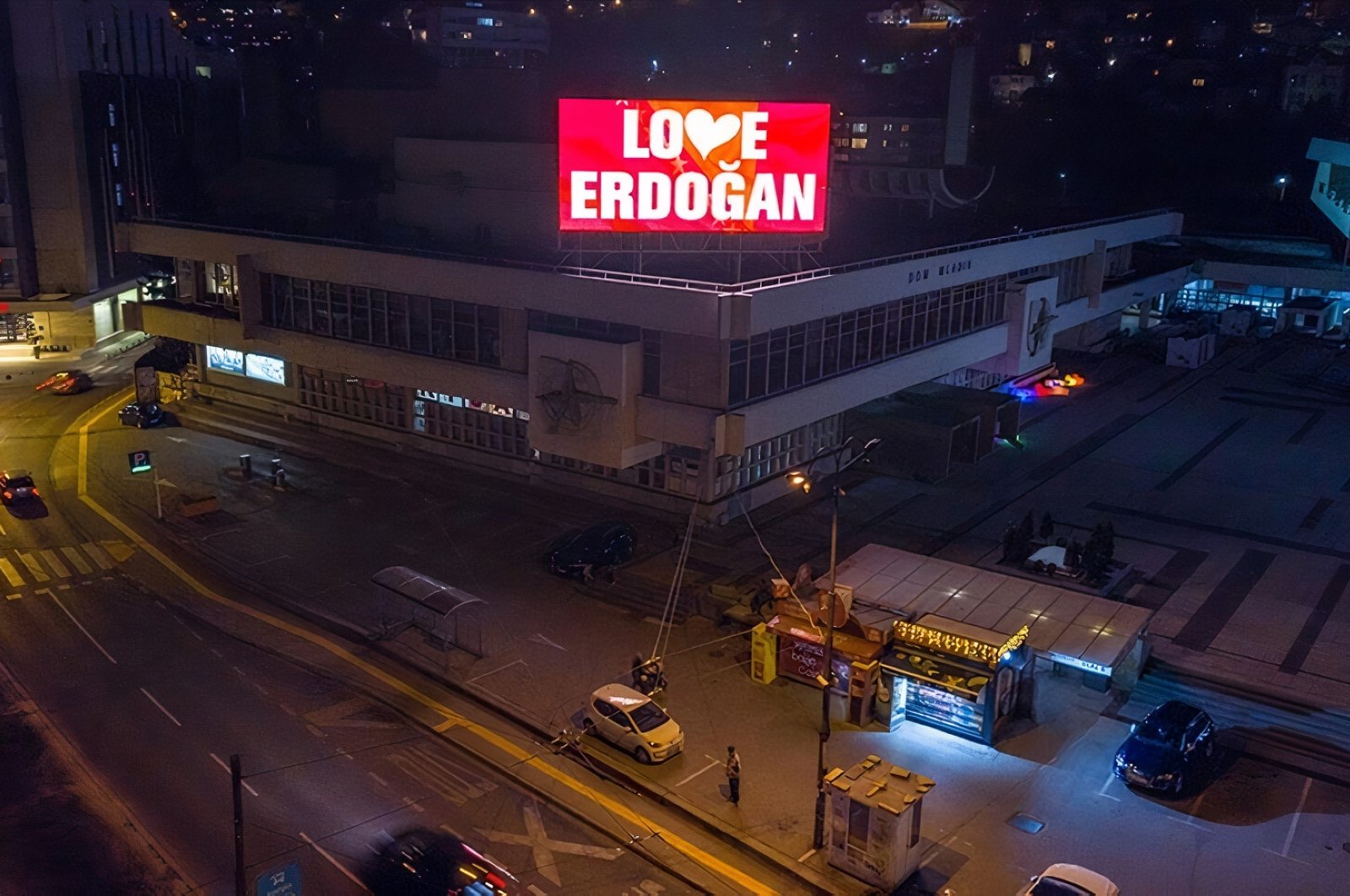 A digital advertisement saying “Love Erdoğan” was displayed on billboards in Bosnia-Herzegovina’s capital Sarajevo Thursday, in support of Turkey and its president, Recep Tayyip Erdoğan.

The ad was presented in Dom Mladih, a multifunctional venue of modern concept and interior, and Sara shopping mall, apparently in response to the Gülenist Terror Group’s (FETÖ) recent initiative of a defamation campaign against Turkey in New York City.

Speaking to Anadolu Agency (AA), TASC co-chair Halil Mutlu said Thursday that the ad outraged the Turkish-American community, who he said flooded the advertising company with emails and phone calls.

In addition to the reactions of hundreds of Turkish people, Mutlu said the TASC also reached out to the managers of the advertising company and informed them about the terrorist group’s activities and its coup attempt in Turkey.

“They told us they were not aware of these (things). They only broadcast the ad as a commercial enterprise,” he said.

Mutlu said he told the company that the ad would hurt the Turkish community in the U.S. and they would file a lawsuit if the company did not remove it.

“When they realized the determination of Turkish society, they removed the ad,” he said.

FETÖ and its U.S.-based leader Fetullah Gülen orchestrated a coup attempt on July 15, 2016, killing 251 people and injuring 2,734 others.

FETÖ was also behind a long-running campaign to overthrow the state through the infiltration of Turkish institutions, including the military, police and judiciary.