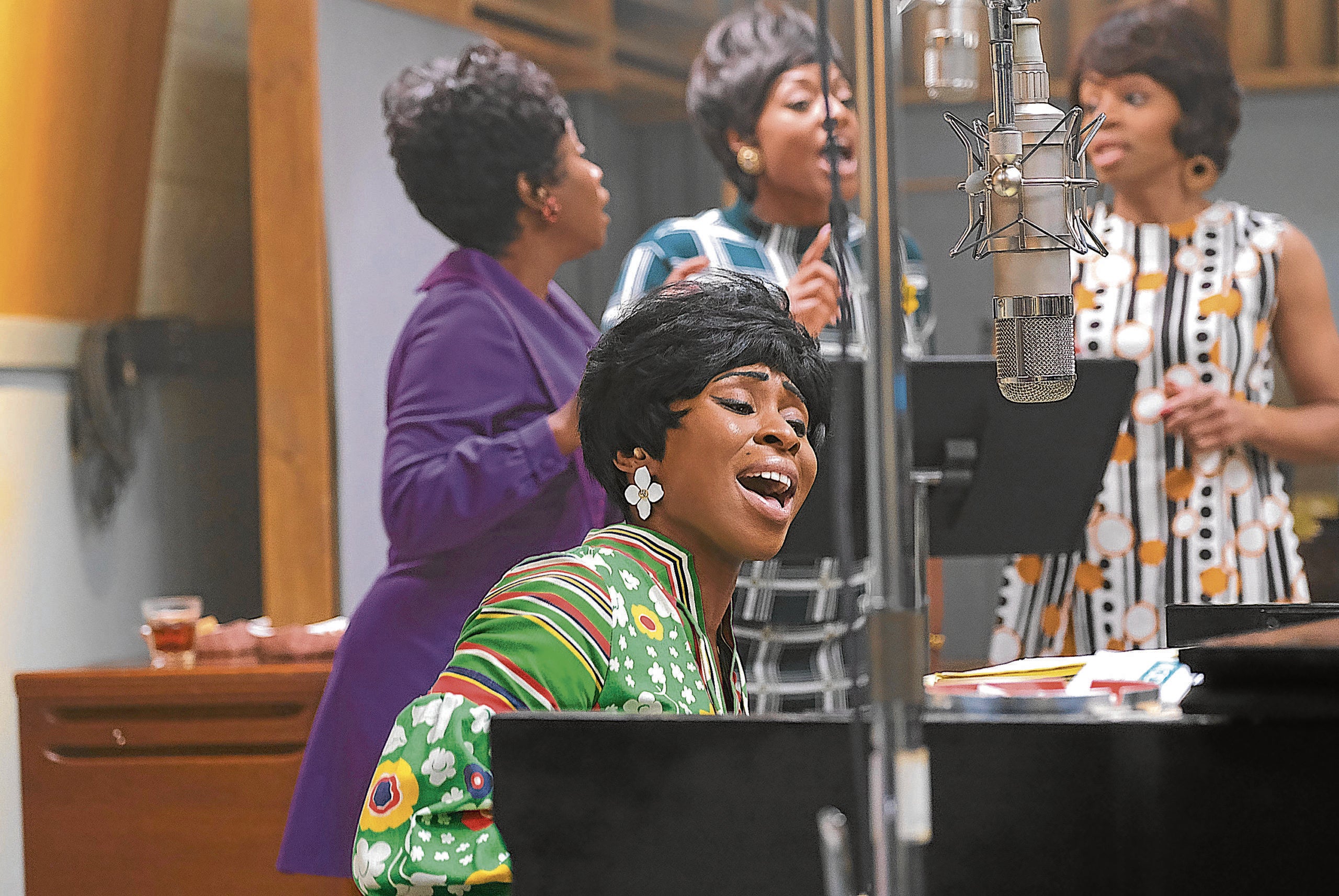 It’s doubly thrilling for any journalist to write about a show whose lead actress is as prodigious as the legendary character she breathes life into.

But there are reasons why it wasn’t easy for us to hide our excitement when we spoke to Cynthia Erivo via Zoom the other week to discuss her eagerly anticipated portrayal of Aretha Franklin in National Geographic Channel’s eight-part series, “Genius: Aretha.”

So far, we’ve seen four episodes of the show, which begins its Monday-to-Thursday run at 9 a.m. and 9 p.m. on March 22—and they didn’t disappoint.

Moreover, you can’t go wrong with songs like “Respect,” “You Make Me Feel Like a Natural Woman,” “Chain of Fools,” “I Say A Little Prayer,” “Amazing Grace,” “I Never Loved a Man (The Way I Loved You),” “Until You Come Back to Me (That’s What I’m Gonna Do),” “Freeway of Love” and “Sisters are Doing It for Themselves” interspersed within a movie’s scorching narrative. Simply put, “Genius: Aretha” is as reverential as it is shockingly revelatory—for instance, Aretha got pregnant at age 12 while accompanying her womanizing preacher father CL Franklin (Courtney B. Vance, in top thespic form) on his gospel tour.

The Queen of Soul’s biopic is both compelling and combustible—as much for the diva’s legacy of lasting hits as for the character-forming private life that helped shape her uncompromising standards and advocacies, as a musical icon and a women’s and civil rights activist.

Indeed, bringing Aretha’s story to life is a tall order that is almost impossible to pull off without a performer of Cynthia’s caliber, whose acting chops are as sharp as her musical gifts.

Cynthia only needs an Oscar win to join EGOT (Emmy, Grammy, Oscar and Tony) luminaries like Audrey Hepburn, Whoopi Goldberg and John Legend. Amazingly, it took Cynthia less than a year to collect a Tony (“The Color Purple”), a Grammy (for its soundtrack) and a Daytime Emmy (for performing with her “Color Purple” castmates in “The Today Show”).

For our part, we’ve been monitoring Cynthia’s hot-to-trot career since we saw her rehearse her scenes for Thornton Wilder’s “The Matchmaker” at Rada (Royal Academy of Dramatic Art) years ago, upon actress-teacher Monique Wilson’s invitation for us to sit in and observe how her and acting coach Dee Cannon’s students rehearse scenes assigned to them. 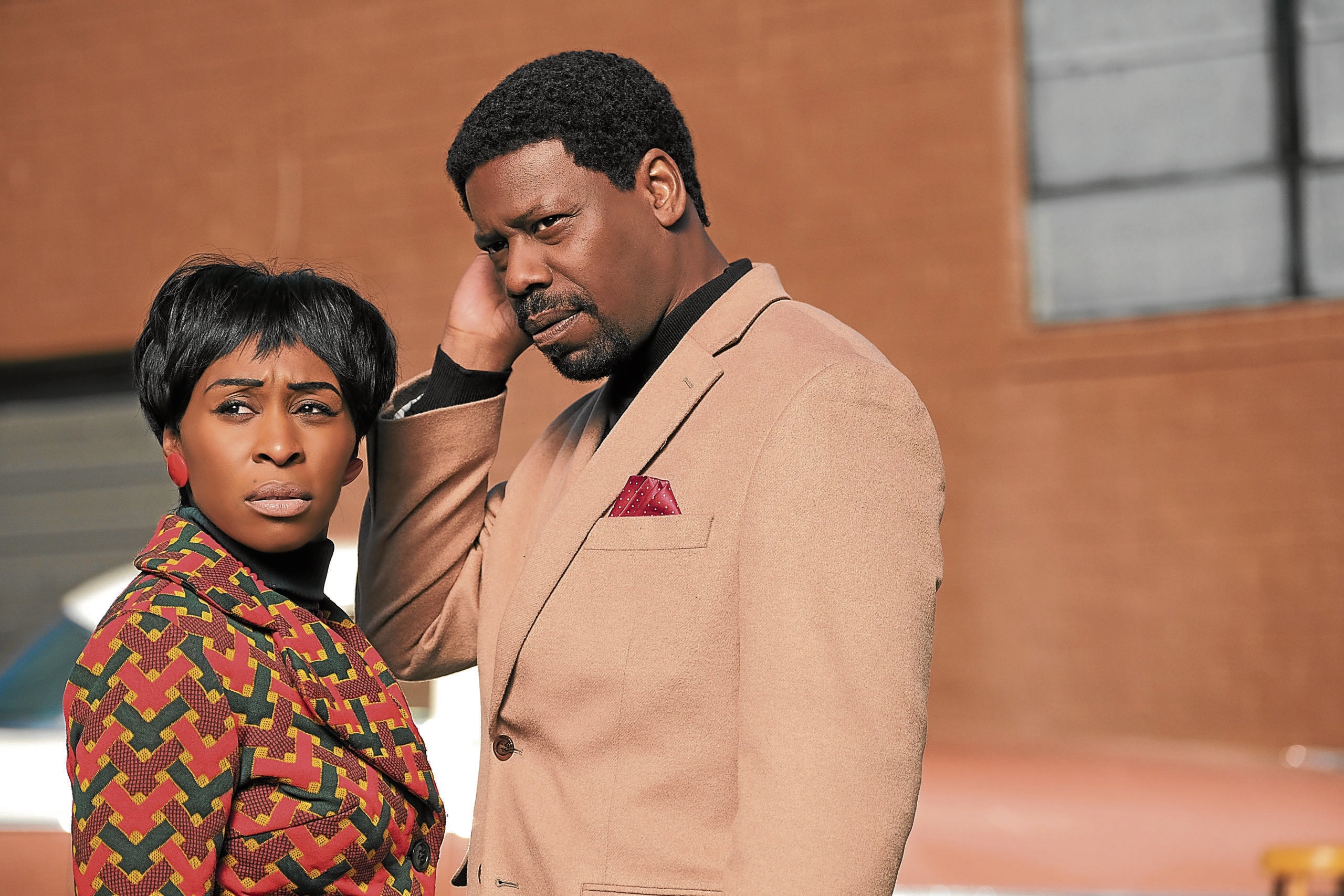 Needless to say, we jumped at the opportunity to see how acting exercises and theater games were executed at rehearsals because we were then New Voice’s resident director and workshop director. Years later, we also watched Cynthia hold her own in the 2014 West End musical, “I Can’t Sing! The X Factor Musical!” (fine performance; terrible production). But we’re digressing.

Asked to compare the challenges of portraying a fictional character from a real person, Cynthia told us, “Both have lovely qualities. In the first, you’re imagining and creating something from scratch—you’re sort of introducing yourself to a new person.

“But getting to know real persons is really fun because you find out what makes them tick and vulnerable. I wouldn’t pick between the two, because both have their own challenges and weaknesses.”

But the task’s degree of difficulty really began to dawn on Cynthia when the team of Pulitzer- and Tony-winning showrunner/producer/playwright Suzan-Lori Parks (“Topdog/Underdog,” “The United States vs. Billie Holiday”) got in touch with her and said they wanted her for the role.

Right for the role

“I was in shock, because I didn’t know that I was even in the running for it,” she recalled, breaking into a smile. “I was in the car on the way to work to shoot a pilot, and I had this phone call saying that they’ve seen this video of me singing on a red carpet, and they think that I’d be right for the role. I was shocked … and really flattered. It meant a great deal to know that someone felt that this person’s life story would be safe in my hands.”

Then, there’s the not-quite-easy part of learning Aretha’s iconic songs.

“That’s probably the biggest challenge here,” Cynthia admitted. “There are eight episodes and, in each, there are three or four songs on average, so I was learning them as we were going along—because there was so much to learn!

“But, for me, it was more a pleasure than a challenge, to be honest. Her songs gave me the chance to get to know Aretha Franklin better. I started as a fan, then I got to understand who the person was, what she had been through, and how she managed to keep a career going for more than 60 years—which was awesome! It was incredibly special to be able to do that and introduce myself to her as a person.

“Playing her was a real pleasure. And I think the only real challenge for me was to make sure that whenever I did a scene, it was to be as truthful and as meaningful as possible.” 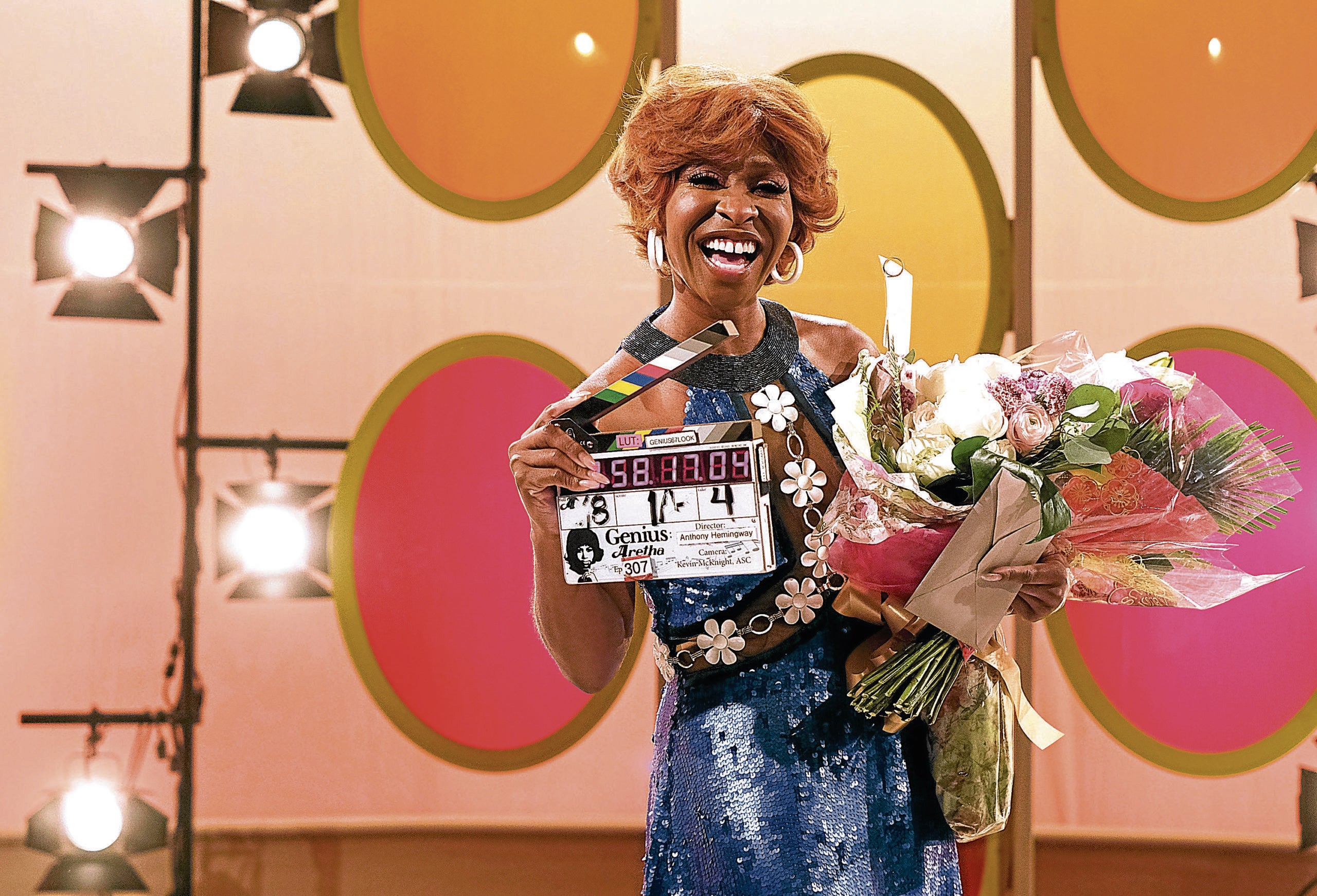 On the set of ‘Genius: Aretha’ —PHOTO COURTESY OF NATIONAL GEOGRAPHIC CHANNEL

Our Q&A with Cynthia:

In the first few episodes, we see Aretha longing for hits and mainstream success. Why was that level of success important for her, and how important is it for you?

She’d been going so long with a record label, and nothing seemed to stick. For her, I think it was innately knowing that there was more to come, that something else was out there for her. She was so young at that point, and she had to wait a long time for it. In my case, commercial success wasn’t something that I was necessarily seeking. What’s important for me is for creative success to happen, then the rest can follow. If I can do the work that I love creatively, then find [commercial] success along the way, that’d be wonderful.

How did you film Aretha’s big hits, like “Change Is Gonna Come”?

I’d learn the song, then sing it live on set with the cameras filming me. We would do as many takes as needed until we get clean enough vocals from different angles. That’s pretty much how it worked.

In what way did Aretha inspire confidence in you, both personally and as a black woman in Hollywood?

Aretha was quite shy at the start, so she had to overcome a lot of that to become confident in the work she was doing. Then, she ended up becoming outwardly confident. For me, it’s allowed me to believe in the work and talent that I have in order to put good work forward.

She was also a wonderful businesswoman. She put her foot down when it came to being part of the work that she was creating and being credited in the right way, so I think it sort of instilled some confidence in me to be able to do that, too, and ask for the things that I feel I deserve.

Which aspect of her life surprised you and which of it do you think is important for viewers to know?

A couple of aspects. First, I didn’t know how in-depth her work was with the Civil Rights Movement, that she had a close relationship with Dr. Martin Luther King, and that she used her music to support all that.

On top of that, it’s important to know how Aretha was as a mother raising three children. She was doing that while she was being the public figure we all know and love—that’s an incredible feat!

One of the most potent themes in the series has been its depiction of gender-based violence. What was it like to shoot those scenes?

They’re never pleasant—they’re painful to do and painful to watch. But it’s important to show that this happens. We just make sure that what is shown is thoughtful and careful and that we’re all very safe in that moment. But I do think they’re tough to shoot, because you also want to be as truthful as you can.