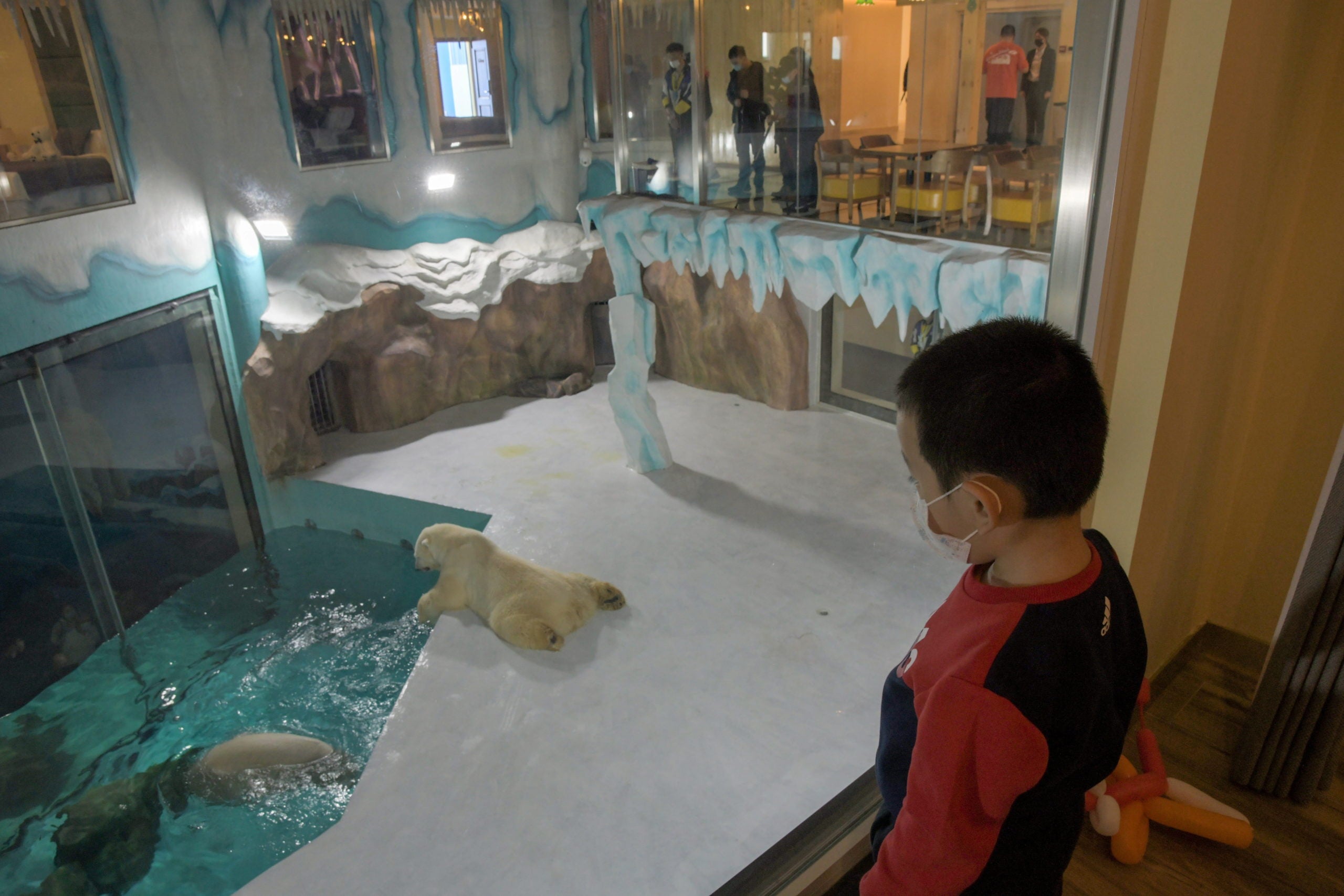 Visitors look at polar bears at an enclosure inside a hotel at a newly-opened polarland-themed park in Harbin, capital of northeast China’s Heilongjiang province March 12, 2021. cnsphoto via REUTERS

SHANGHAI — A hotel that bills itself as the world’s first “polar bear hotel” has opened in China’s far northeastern Heilongjiang province, drawing both guests and criticism for its central feature: live polar bears.

The Polar Bear Hotel, part of the Harbin Polarland theme park in Heilongjiang’s capital and largest city, Harbin, opened its doors on Friday with the promise of round-the-clock polar bear viewing from all 21 guest rooms.

Yang Liu, a spokeswoman for Harbin Polarland, told Reuters that the indoor area is only part of the bears’ total enclosure and that they are let outdoors when temperature and air quality permit.

“Polar bears belong in the Arctic, not in zoos or glass boxes in aquariums – and certainly not in hotels,” Jason Baker, senior vice president at animal rights group PETA told Reuters on Saturday. “Polar bears are active for up to 18 hours a day in nature, roaming home ranges that can span thousands of miles, where they enjoy a real life.”

In 2016, a shopping mall in the southern city of Guangzhou attracted global condemnation after videos emerged of a polar bear, Pizza, lying on her side in a glass-walled enclosure.