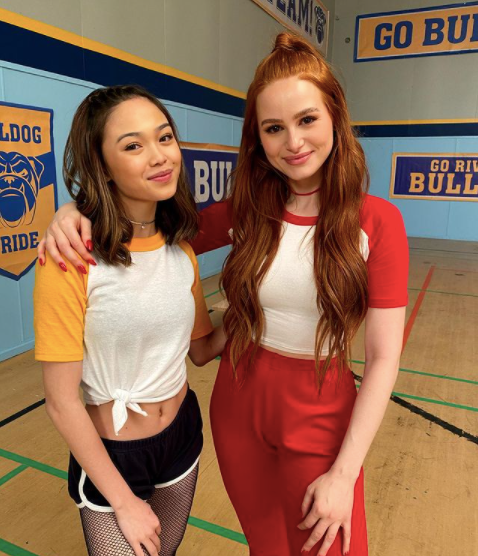 AC Bonifacio could not help but be grateful as she debuted on hit CW drama “Riverdale,” where she plays Star Vixen.

“[It’s] finally out! ‘RIVERDALE’ On netflix!! so grateful for this amazing opportunity,” Bonifacio posted on Instagram on Thursday, March 11, alongside the premiere of the episode “Chapter Eighty-Three: Fire in the Sky.”

The 18-year-old’s post came with a short snippet again of her and “Riverdale” star  Madelaine Petsch’s Cheryl Blossom engaged in a dance-off.

“[Petsch] was so so talented, I was in awe the whole time! and of course [Vanessa Morgan] who is sooo so pretty and professional despite her being pregnant!” Bonifacio stressed.

In her post made yesterday, March 12, Bonifacio shared a photo of her and Petsch donning their “dance-off” attires from the said episode.

“[The] coolest,” Bonifacio simply said of the American actress.

Her “Riverdale” character as a dancer comes as no surprise since Bonifacio in real life is known as an excellent dancer, especially for her K-pop covers. She had her big break back in 2016 when she won in “Dance Kids” as part of the Lucky Aces duo with Lucky Ancheta.

Bonifacio, a Star Magic artist, was born and raised in Vancouver, Canada. She had been based there amid the quarantine, but returned to the Philippines last month.  /ra